We’ve harvested our squashes and pumpkins. What a lot we’ve got! I wasn’t sure if we’d even get a crop this year, so over the moon with the result. 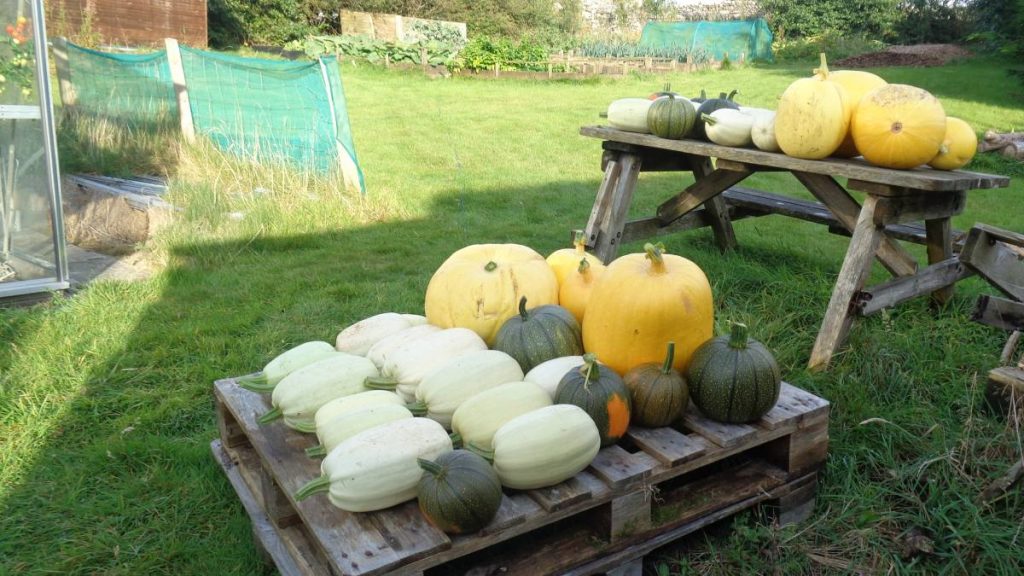 Squash & pumpkins laid on table and pallet to cure outside prior to going into store.

I’d started them off in pots as I usually do and planted them out through membrane into manure-filled holes. So far, so good. They were starting to really get away when the rabbits struck. Most of the plants were gobbled up in a couple of days.

Well, if at first you don’t succeed… Sowed some more under heat and brought them on into larger pots in the greenhouse before hardening off in the coldframe. Then planted them out and we got away with it. The rabbits let them be. I suppose they were old and tough compared to the grass.

They loved the heatwaves and I watered occasionally. Being planted into holes filled with manure and compost acted as a sponge, holding moisture in the dry weather. In terms of the return for the effort, squashes are a great crop. Once planted out, there’s very little work required. I took off excess fruits from the vines to allow the remainder to grow and that was about it. Most of the work goes in before planting, and that’s not lot. 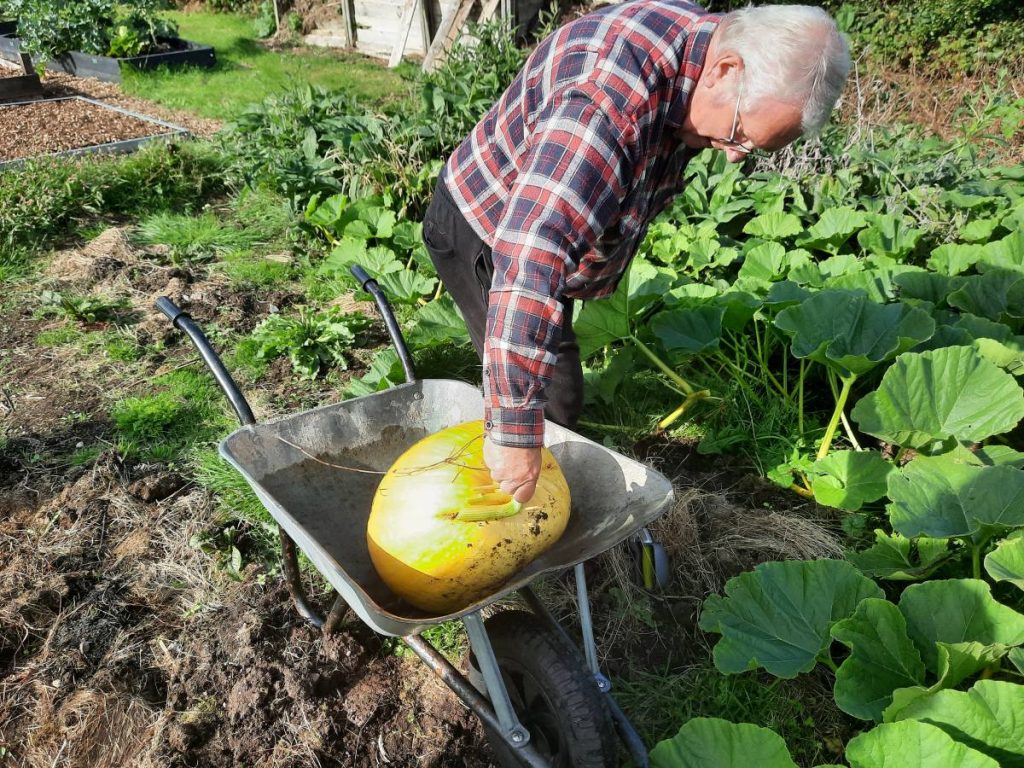 That pumpkin was a little bigger than expected!

Yesterday decided to harvest as most were obviously ready and wow! Some large (not giant) pumpkins, lots of spaghetti squash and some small squash whose name escapes me grown from seed Cara had.

I didn’t set out to grow very large pumpkins but they just grew that way. Not as big as the giant pumpkins I grew in 2005 but big enough for my Grandson to carve. He gets the biggest, of course, but the rest of the very big ones will be going to some of his little pals.

I’d resigned myself to not having any spaghetti squash after the rabbit attacks but the late sowing has really paid off. Spaghetti squash is my favourite. We batch cook spag bol sauce which goes just as well with the squash as pasta, adding a bit of grated cheese to top it off. A fast, easy dinner that’s pretty healthy.

The squashes are curing in the autumn sunshine, what there is of it, before going into store on slatted shelves to keep airflow preventing mould. They should store well into next year, with a little luck.