The season seems to be coming to an early close, probably because we had such a hot summer. Plans laid for a major change next year but keeping options open as who knows what next year will bring. 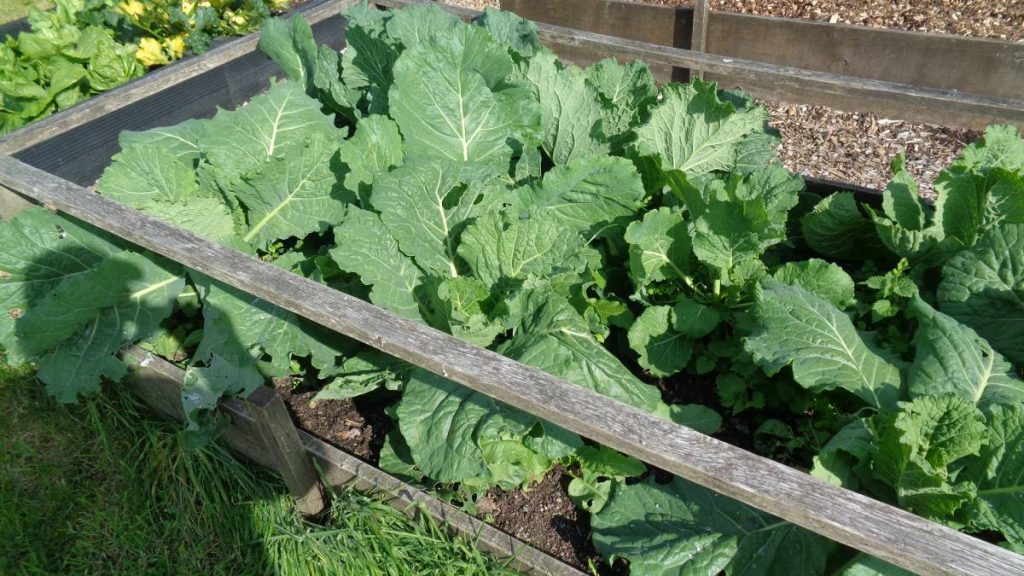 Rather pleased with the bed of Ormskirk savoy cabbage. Had a bit of a problem with rabbits so covered the bed with fleece until they were better established. And the dratted cabbage white butterfly caterpillars.

Anyway, they’re doing rather well now and starting to heart up. They’re super hardy and will hold in the ground through most of the winter. 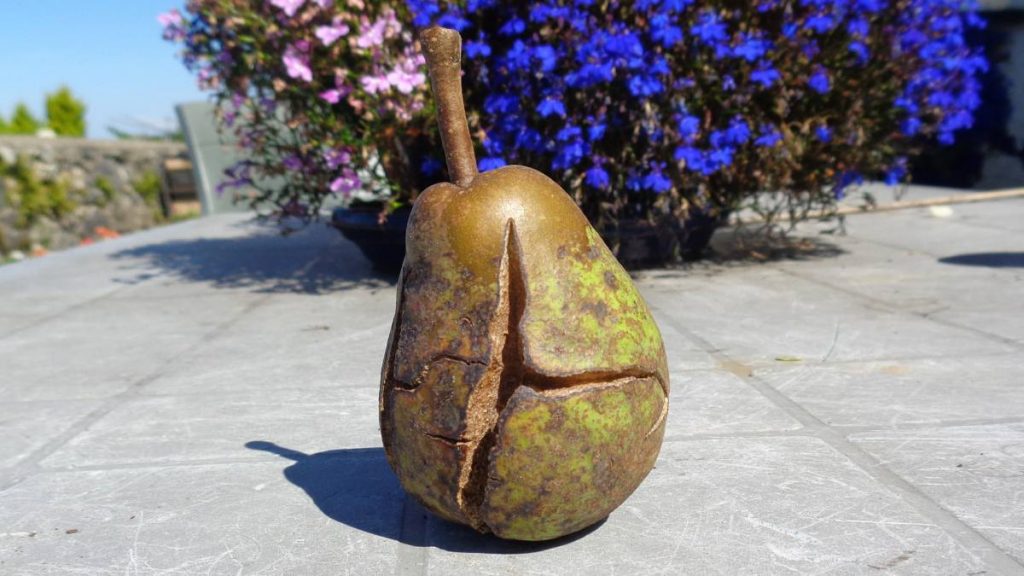 We’ve a small pear tree that has become a biennial bearer. This being a fruiting year it was heavily laden and we were looking forward to a bumper crop. Only problem is that the dry summer has caused about half the pears to split and rot.

I must admit that I’ve neglected the tree and done little to help. Too many other priorities. Really I should have watered it but it’s a bit ‘out of sight, out of mind’ where it’s situated.

I’ve never actually seen this cracking and splitting with pears before now. It’s fairly common with tomatoes when they’re watered irregularly, but pear trees have more established root systems. Oh well, next year will be better.

The Bardsey apples were looking promising until we had some windy weather. Half of them blew off the tree onto the ground giving the bugs a treat. Saved a couple but disappointing to lose some all the same. 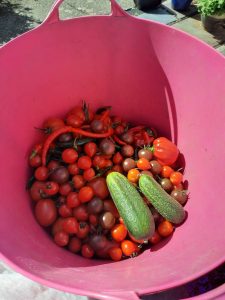 Mainly tomatoes, couple of cukes and some chilli peppers.

The tomatoes are cropping brilliantly. Too well, if anything. We’ve been processing and freezing kilos. Cara said she was ready for some more so we harvested this third of a trug full. That kept her going for a bit!

Given a few kilos away to friends and neighbours – I firmly believe surplus should be given to those who can use it. I really hate waste.

I’ve firmed up on the plan to consolidate my growing on the walled veg plot area. However, we’re looking at rising food prices and who knows what next year will bring. Following the Russian invasion of Ukraine, India hoped to increase wheat production. Then unseasonably hot weather struck and instead of helping to fill the gap on the world markets, they restricted exports.

Spain’s sunflower harvest basically collapsed as drought killed the plants in the field and olive oil production is down by a third as even olives need water to fruit. So producers and exporters are now importers and the global food situation becomes more precarious.

Water and heat stresses have substantially reduced summer crops’ yields. The most affected crops are grain maize, soybeans, and sunflowers

So it makes sense to keep our options open. The land that has been growing potatoes and squashes will be limed and allowed to go back to grass. If need be it can be brought back into production easily. It’s much improved and easier to work now than it was a few years ago. 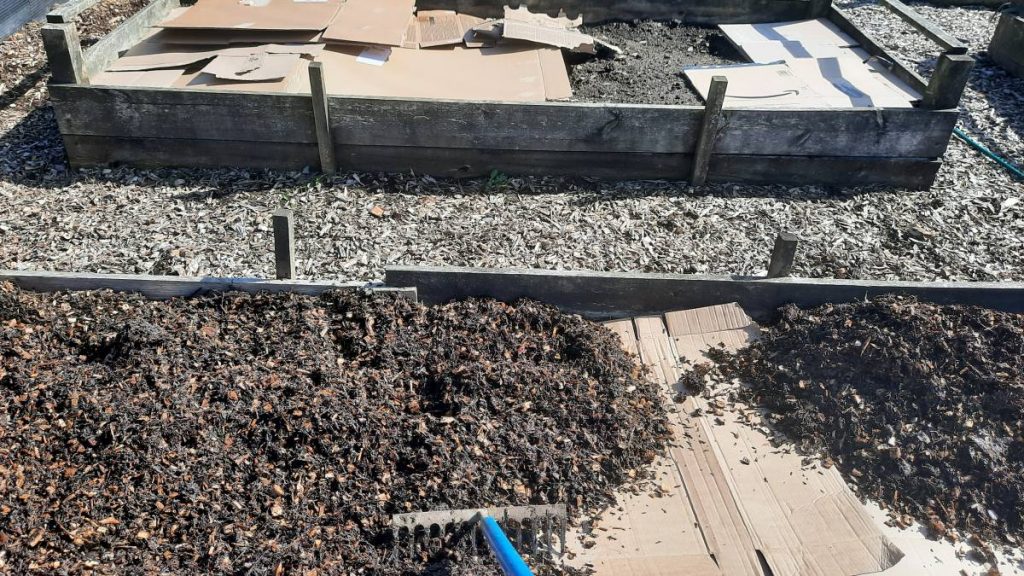 Covering raised beds with cardboard and then partly rotted woodchips

The old raised beds may or may not be needed. Keeping that option open by covering with cardboard and then a thick layer of woodchips. This will stop any weed growth so that those beds can be re-opened easily. Just rake off any un-rotted woodchips, cultivate and plant or sow away.

I must admit, this is not the retirement I expected. Plague with the lockdowns followed by war and now shortage looms. Still; our stores are filling up and the freezers near full. We’ve even got a small generator if the threatened power cuts do come this winter. Not enough to power everything but enough to keep the freezers frozen and some lights on.