Despite the hot weather, we’re getting things done. Just not in the middle of the day when it’s siesta time. 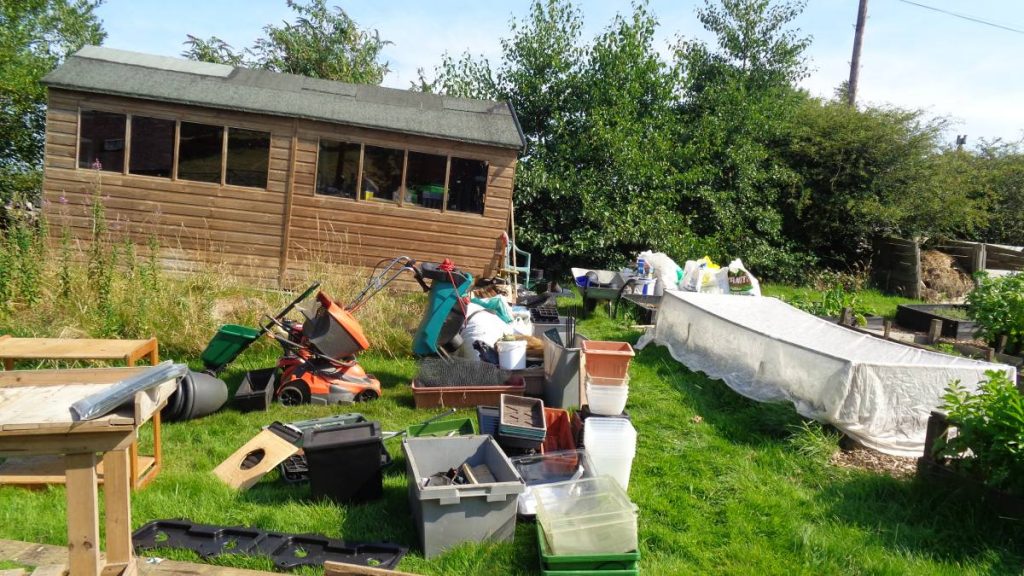 Taking advantage to the dry weather to sort out the big shed. The thing is, it needs to be empty for a day so I really don’t want things like sacks of lime rained upon. It’s also a good opportunity to have a proper sort out.

Because of the heatwave, it’s actually hot in the afternoon here, started emptying the shed a bit after 7am. Gary (son-in-law) came and started whilst I served breakfast to the cats, cleaned their latrine and generally had a good moan.

Gary reckons I need to go to meetings… the sort that start with “My name is John and I’m a hoarder.” I have an amazing number of pots saved as they may be useful one day or I might need them if I start a plant nursery!

The plastic tunnel cloches that were so useful in Crewe have been used once in 12 years here. It’s just too windy and they blow away. So I finally admit they’re no use to me and send them to the tip pile. Ruthlessly went through the pots, and cut them down to ones I actually want and need. Near three quarters have gone.

After emptying out and sweeping, found some rot in the floor. The shed wood arrived treated and rot resistant for 15 years. That was some 11 years ago… Not much I can do about the guarantee, the big shed seems to have outlived the supplier. Shame as they were actually a good firm and my problem is most likely unusual.  When the shed arrived.

We’ve re-coated the floor and the parts suffering rot with Cuprinol 5 star before another coat of cuprinol preserver and stain. I may fix some pieces of ply over the worst bits to bolster the structural integrity. Then the outside gets at least one coat of Cuprinol to preserve that. Should be good for another decade, as long as the outside gets stained bi-annually at least.

Intended to put everything back on Monday when the inside was properly dry but the forecast has changed and 50% chance of rain in the early hours. Typical!

Keeping the cool(ish) with the misters running for most of the day. Without the misters, I’m sure it would be well over 40ºC in there but the misters are keeping it to 33ºC. That’s only about 5ºC above ambient. 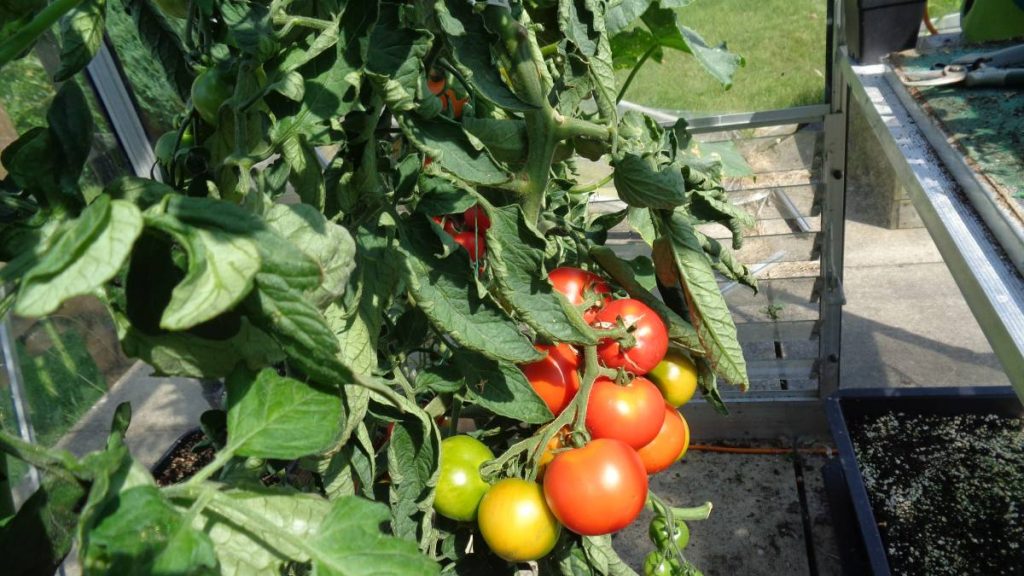 Cara wants to bottle some tomatoes so went off with a few kilos along with four cucumbers and an aubergine. The tomatoes are just incredible this year but the real star for bottling has to Crimson Plum. Great flavour, skins almost walk off them and very good yields. The Ailsa Craig aren’t too shabby either!

Having to refill the chilli grows daily and even the Quadgrows with their greater capacity are only lasting a few days. The soil border gets the dripper overnight every other day which covers most of the watering needed along with the weekly feed. 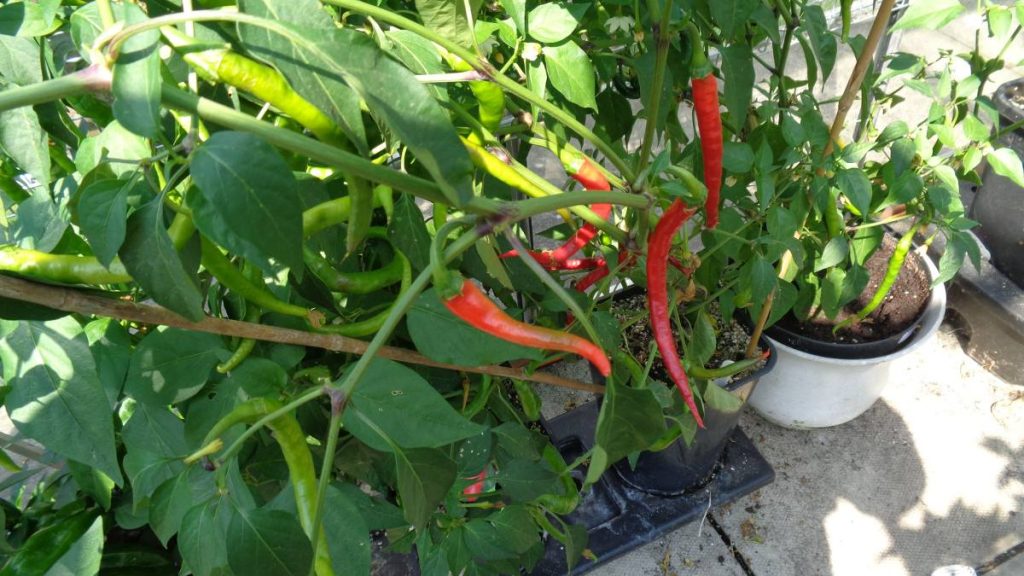 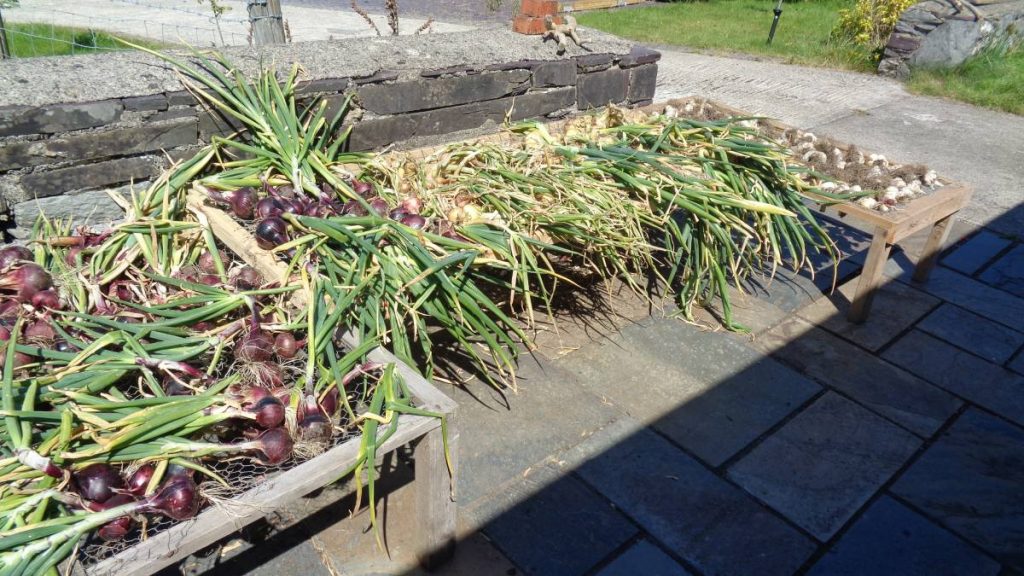 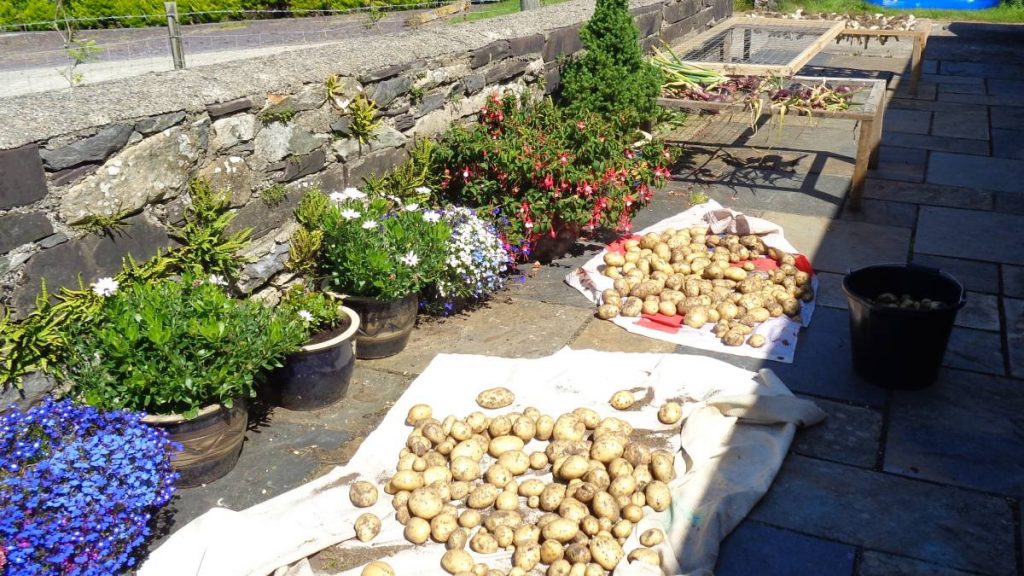 Row of Potatoes Harvested – Drying off and sorting the bad from the good on the patio.