Although we love it where we are, up a hill in Snowdonia, the growing conditions could best be described as challenging. We’ve planted a number of fruit trees over the years which haven’t performed too well. Slow growth and blossom being blown away in storm resulting in no fruits. That’s assuming they blossom. 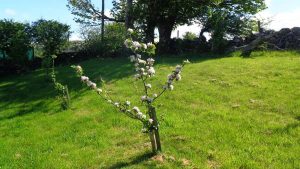 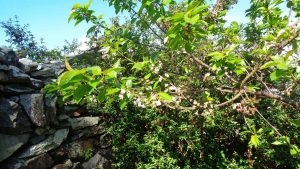 We have had a few Bardsey apples and a couple of Goose’s Arse apples over the years. Even when the Bardsey produced a few fruit, some sheep got in and ate them. I’ve yet to taste the Goose’s Arse – the fox ate them! I didn’t even know foxes would eat apples until then.

This year may be very different. Both the Bardsey and Goose’s Arse apple trees are laden with blossom. Better still, there’s a damson in blossom for the first time and, best of all, the cherry trees have a lot of blossom. I love cherries so I’m really hoping for a crop.

We’ve never had outdoor cherries here before. A few blossoms a couple of years ago but they didn’t fruit. I did try a cherry in the polytunnel but after a lot of promise a few years ago, we ended up with one single cherry. That was when I decided I would be better using the space for other things and took it out. 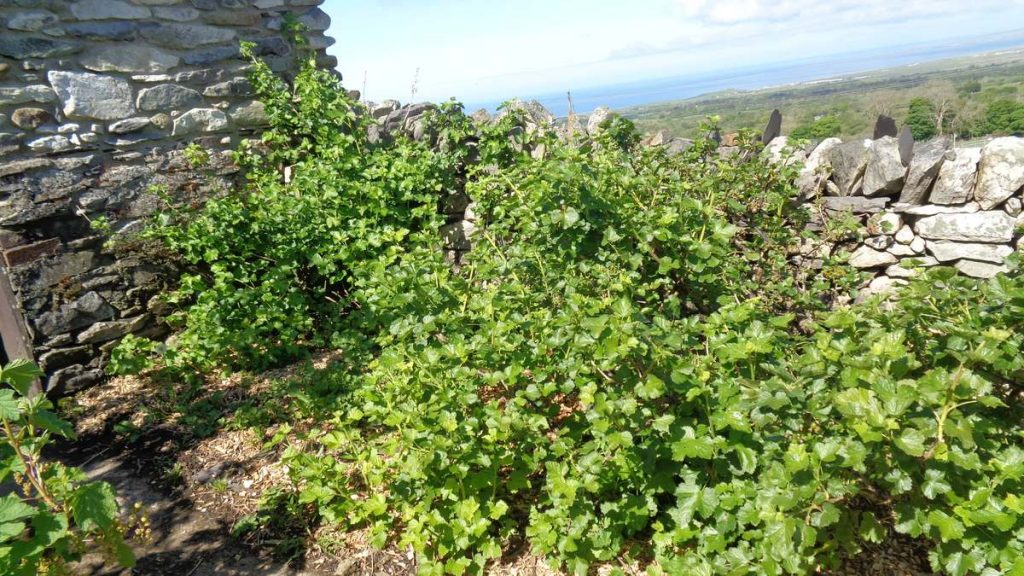 2 Jostaberries – the second having grown from prunings left by the first!

The blackcurrant bushes are heavily laden as are the redcurrants and the jostaberries are loaded too. I’m amazed how tough the jostaberry bush is. I’d left the prunings to the side and they just rooted themselves into new bushes. 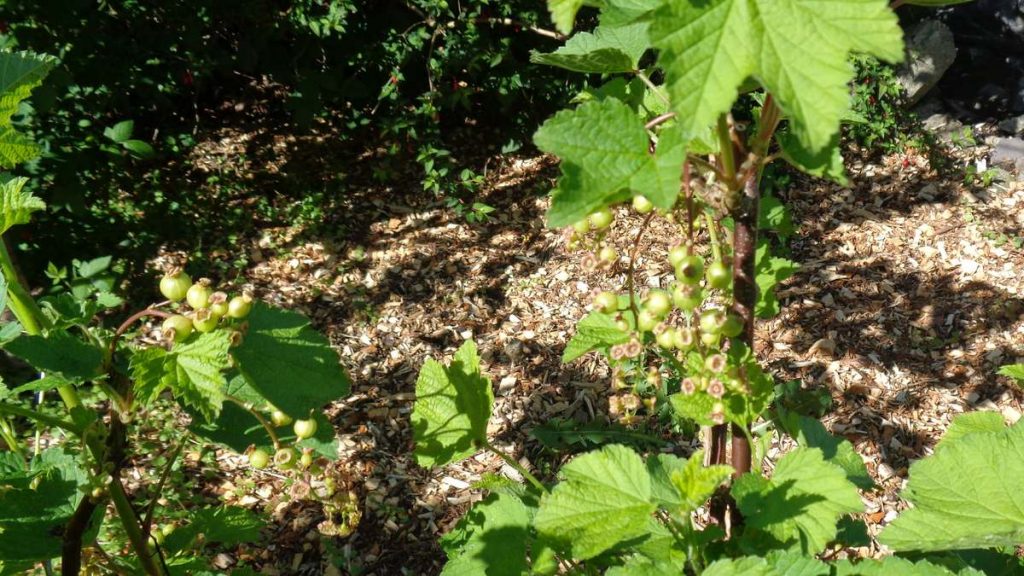 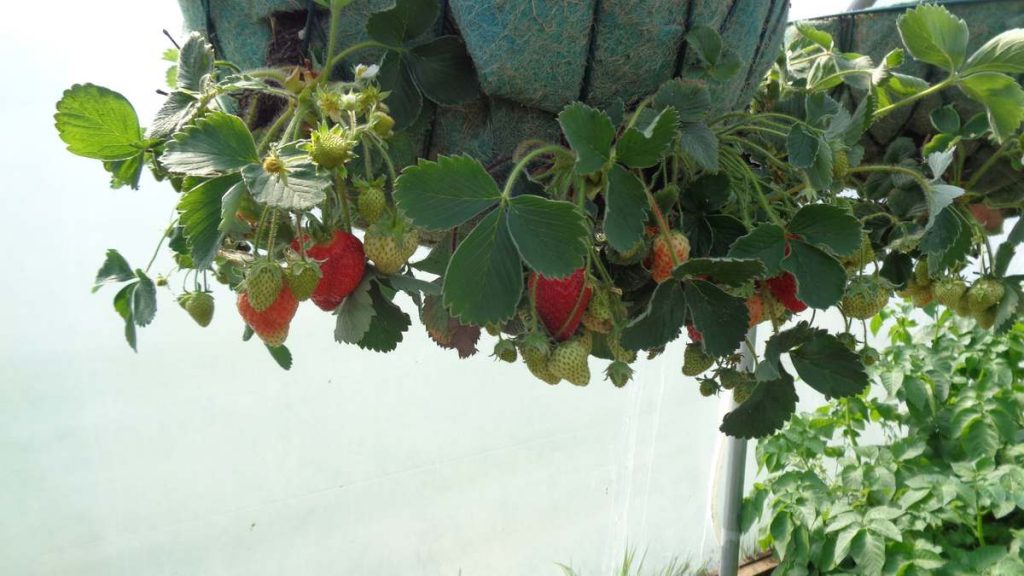 You can’t beat the taste of a freshly picked strawberry.

In the polytunnel my strawberries are ripening already. Eat your heart out Wimbledon!

I’ve two varieties, Honeoye and Mara de Bois. This is the first time I’ve had both available at the same time. Having tasted one after the other, my verdict is that they’re both good but the Honeoye wins. A more vibrant flavour.