They say to be careful what you wish for… The tree surgeons are busy trimming in our area. Trees are great but not when they grow into power lines so the electricity people have them cut back each year. Anyway, I got offered some wood chips which I was delighted to accept. How many would I like? As much as you can give me. Oops! Day one they dropped two trailer loads and the next day mountains of the stuff arrived. 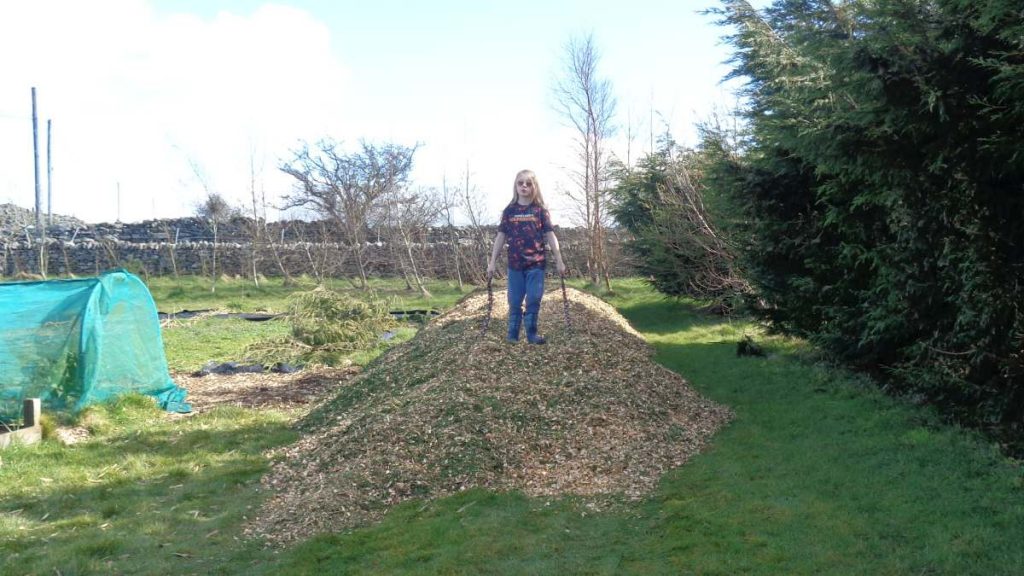 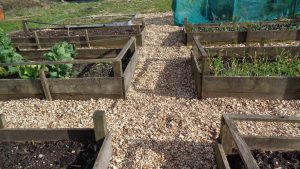 Paths between the raised beds topped up with woodchips

Apart from being great fun for the grandson, wood chips are very useful and beneficial for the soil. They’d hardly hit the ground when we topped up the paths between the raised beds.

Under the surface they gradually rot down and produce a humus and carbon rich soil. Some will be used to mulch around the trees and bushes, protecting them from competition from grass and weeds.

We also use them in chicken’s secure run. The poor hens are stuck in the run due to the Avian Flu regulations and although they’ve over a square metre apiece, it gets mucky. The chips absorb the droppings and keep the hen’s feet dry. When necessary we scrape out and the old chippings go to enrich the compost bins.

Our lawnmower was reaching the end after ten years hard work. The body was rusting and had holes right through plus a long list of minor problems. The engine was running well, so not all bad news. Briggs & Stratton do know what they’re doing with motors.

Down to our trusty machinery fettlers,Peirianwaith Eifionydd Engineering in Tremadog who stripped it down, replaced and repaired everything required and rebuilt it. The bill was a little less than when we bought it, but not much. On the other hand, the cost of a new one has gone up over the last decade.

Now we’ve got some decent weather, the mower will be back working hard producing valuable grass clippings and making things look tidy.

Topping up the raised beds

My daughter is moving soon, hopefully in a few weeks. They’re bringing over the compost from their raised flower beds and topping up ours.

Planted up one of the raised beds with Colleen and Casablanca potatoes. These should come in about a month after the bed planted in the Polytunnel and keep us all going until the second earlies and maincrops arrive. Another raised bed and a half was planted up with onion sets.

Onions are difficult here – not to grow but to store. Snowdonia gets a lot of rain and has high humidity which encourages moulds and fungus. Being that easier to dry small onions store better, I’m spacing at 4” in rows rather than my normal 6” spacing. 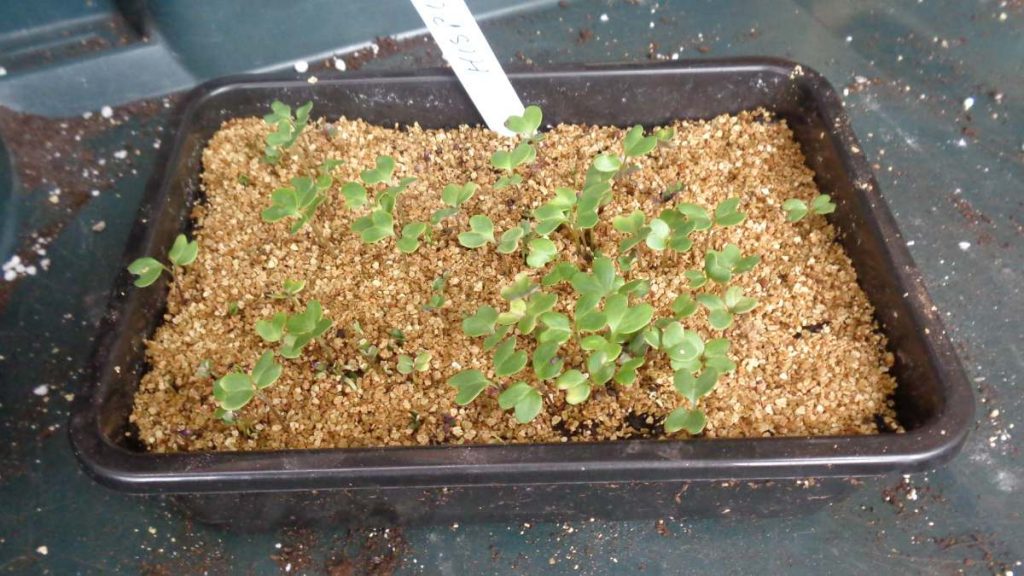 Bit of a surprise with both the Hispi cabbages and Snowball cauliflowers. I wasn’t expecting much in the way of germination with the age of the seeds but they’ve done well. I’ve pricked out into Bustaseed modules which will go into the ground when ready. Far more than we need but that’s OK. If nothing else the hens love cabbage and we can always give some away to friends and neighbours. I’m so fortunate to have both the space and manure to get as many brassicas as I want.

The tomatoes have done well so they’re going into 4” pots to grow on until it’s safe to get them into the greenhouse.

Chilli’s have been a total failure – cheap seed. Not a problem as we have over a year’s supply dried and ground in jars in the cupboard.