The last three days have been terrible and strange. Putin’s Russia invading Ukraine has given me an understanding of how people in Britain must have felt when Hitler’s troops crossed the border into Poland. 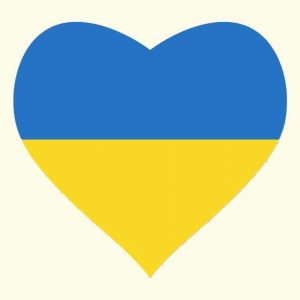 The same crazed, ludicrous lies from Putin’s propaganda machine could be coming Goebbel’s pen as we watch bedraggled lines of refugees fleeing to the west, clutching what belongings they can carry. Crying, bewildered children. Women in a park making a modern version of Molotov cocktails. Sheltering in the underground as the bombs rain down. Men – and some women – queuing to join a ‘Home Guard’.

Just as our Home Guard made do with an armband in the dark days after Dunkirk, the Ukrainian heroes make do with yellow tape armbands. At least they appear to have enough guns. I say heroes deliberately. What else can you call people who sacrifice themselves to demolish a bridge to slow the enemy, people giving up their lives for the greater good? The anger of an elderly lady swearing at the invader to his face.

How long this will continue I don’t know. I know the Ukrainian people are selling themselves and their land dearly. It’s probable that Putin will ramp up his attack, remove what few restraints they have, as their attack is thwarted by the Ukrainians.

I don’t know what’s worse, Putin being a calculating dictator willing to murder for his territorial aims and crush a democracy or Putin having gone as mad as Hitler in the last days, willing to see the world burn with him.

This Affects Us All

Now I understand my readers may wonder what this has to do with allotments and home growing. Well actually, quite a lot. Before Russia invaded Ukraine we were facing some serious food price rises. Modern agriculture depends on energy and energy costs are through the roof. Farmers depend on fertilisers and those have tripled in price. All these increased costs work they way through the supply chains until the price we pay at the till.

The biggest price rises are on basic foods. Flour, bread, rice, pasta etc. This hits those on low incomes hardest.

Ukraine is often called the bread basket of Europe. It’s a major exporter of wheat and other grains as well as cooking oils. The day Russia struck, the global commodity markets shot up.

Realistically, we can’t home grow grains or produce our own vegetable oil in the kitchen. But, we can make a significant dent in our food costs by growing our own including the staple crop – potatoes. If you’ve not got your seed potatoes yet, get them now. It’s not too late. Better planted late than never.

Potatoes are versatile, nutrient dense and easy to store. If prices go as they seem to be going, you’ll be grateful.