I suppose we got off lightly compared to many when Eunice rampaged across the land. It was a bit strange. At 9.00 am it was quite calm and I thought the met office had got it wrong. Looked out to the sea which had some whitecaps but we’ve seen it wilder. Breathed a sigh of relief and carried on. Then around lunchtime things went crazy. It seemed to strike suddenly, one moment was breezy and the next full violent storm. 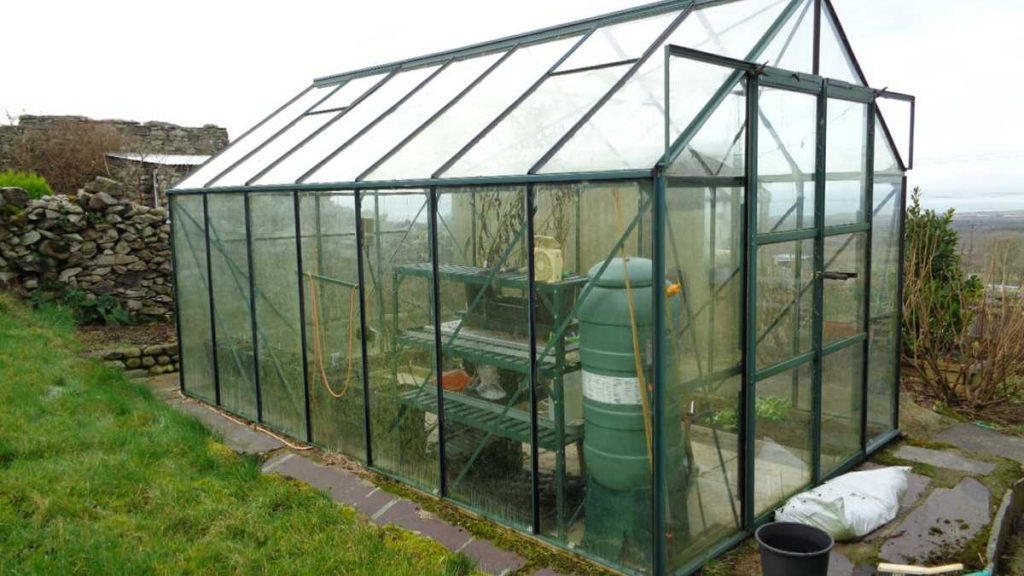 My first thought was to check the chickens. The roof was damaged but generally all was OK. Hens huddled under the coop and a bit bedraggled but that was all. The polytunnel looked unbothered, which is no surprise. It’s reasonably sheltered but the curved shape allows the wind to flow over rather than push. The brassica tunnel was still standing too.

The Vitavia had the pane of glass by the door shattered and pieces of glass everywhere. I think the wind pushed the long side and put pressure on the glass causing it to go. The winds were far too high to try to do anything.

Doing anything with glass sheets, especially 5 feet by 2 feet sheets, in high winds is asking for serious injury. Went back into the house and left it in the lap of the weather gods. Looked out of my office window at the Eden and realised the door had blown off. 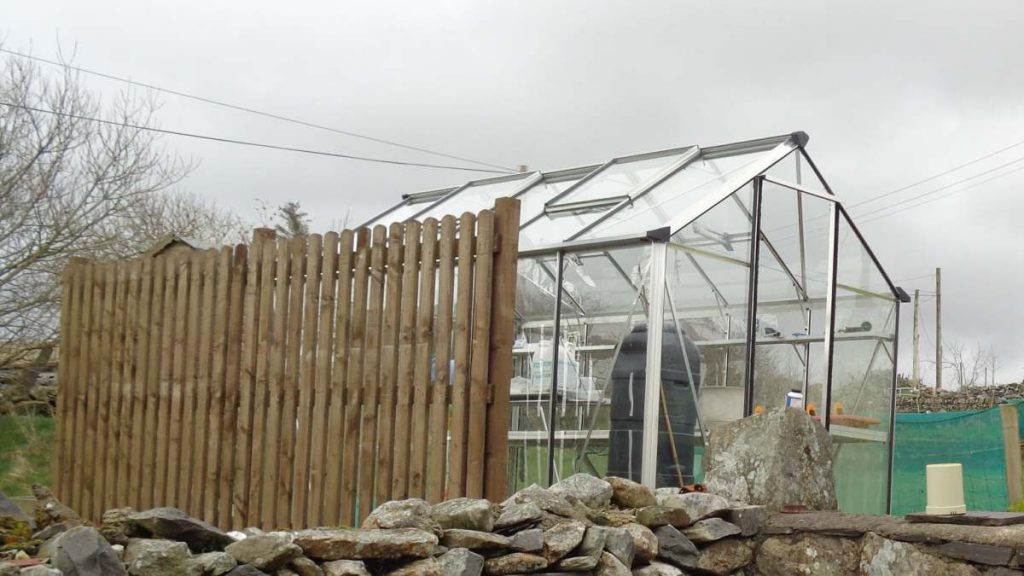 Eden Greenhouse from my office window – without a door!

On Saturday morning it was pouring with rain but in the afternoon dry. Gary came over and we cleared up the bulk of the broken glass. Went through the pile of glass left from previous greenhouses and found a sheet of the right size.

Fitting was difficult, the greenhouse frame is bent. In the end Gary forced it upright which allowed me to get the glass in. I’m afraid it’s not doing well despite my reinforcing it using bits from the greenhouse it replaced.

The Eden door runs on a slide assembly that’s in bits. I remember it was the devil to fit originally. Biggest failing of the Eden is the assembly instructions but I don’t have the engineering gene so perhaps I’m being unfair.

There wasn’t time to properly assess if it was repairable or I’m going to need new parts. That’s going to have to wait for some better weather. I’ve fully opened the louvre vents opposite the door. The theory is wind will blow through and avoid further damage.

It’s all going to depend on how strong and what direction the coming winds are. Sometimes you just have to accept there is nothing more to be done.