Ticking Over Indoors and Out

The weather has improved greatly. It’s still damp and showery but nowhere near the cloudburst downpours we were under. The springs and streams that appeared have dried up too. Still too wet to do much though.

The spring that appeared up by the raised beds seems to have been coming through a mole’s tunnel. The poor velvet gentleman found his home flooded – I hope he got out OK. I know they’re a pest but I can’t find it in me to wish them harm. 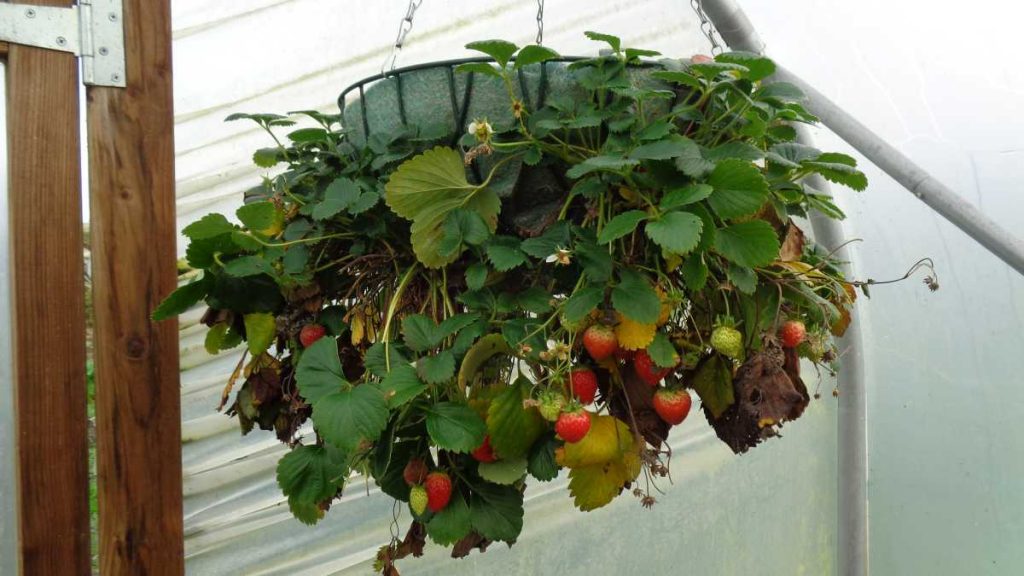 Strawberries in the Polytunnel Hanging Basket

Amazing! Mid-November and the strawberries in the polytunnel put another flush on. Quite a lot of fluffy grey mould on some fruits but still, a good punnet full. Out of interest, checked Tesco’s web site where you can get fresh strawberries imported from Egypt or Jordan. Well mine don’t have any air-miles.. or pesticides.

Val put a batch of chilli peppers through the dryer. We have dried chilli peppers in the past by stringing them but the humidity here makes drying and storing them like that dicey. Far easier just to use the dryer and grind them into pepper. This is kept in an airtight jar.

The only difficulty was transferring from the grinder to the jar. Tipped into a funnel which needed shaking to get the powder to go down. This released powder into the air causing much coughing and sneezing. After a bit an idea made it’s way into my head and I put on a multi-layer KN95 mask that I wear when going shopping etc.

Even with the mask I was still finding some irritation from the chilli powder which is worrying. Virus is a lot smaller than ground chilli. Oh well, if I don’t go out I can’t catch the Covid.

Basically the last of the tomatoes have come out of the greenhouse. There are still a few cherry tomatoes in a pot but the vines are finished. The few fruits left are pretty grotty (highly technical term, that!) so they’ll be going into the chickens. Chickens are not as fussy as people and they love tomatoes. 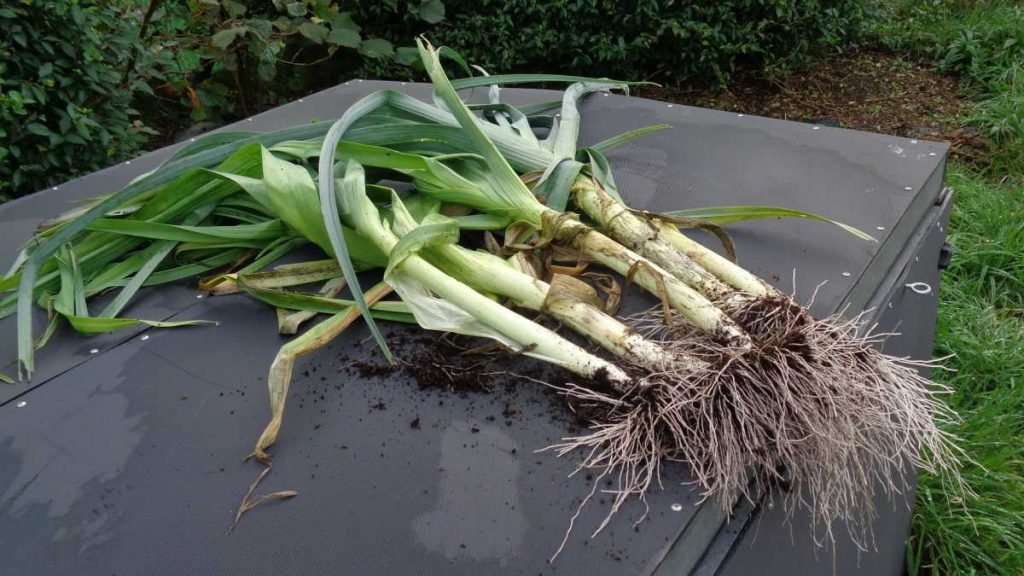 Leeks for Trimming on the Compost Bin

The leeks in the polytunnel are doing very nicely. Val asked me to bring three leeks down for a leek and potato pie. Much lecturing about three being enough, not four or five, so I brought three leeks down as ordered. Not my fault that, after trimming, they were around 18” long with a good girth.

Not quite show quality, but excellent for the table. I think leeks are a very underrated crop. Easy to grow, require minimal cultivation and benefit heavy soils too. After pulling, the fine roots left in the soil provide aeration before rotting into humus improving the soil.

They taste well and they’re available from October through to April. See: How to Grow Leeks

Harvested some parsnips which were a bit of a disappointment. Up to now I’ve been lucky, large well shaped roots but these had a multi-tentacled monster, two midgets and one large, well shaped but with a little split. Seems I’m getting fussy now!