The weather has been pretty nasty for the last weeks. Cold, wet and windy. No snow but we had a bit of hail. Not the sort of weather that encourages you outside. With the hens, I don’t have a choice but to go out whatever nature is throwing down on us.

Our four elderly ladies don’t lay much now, some manage an egg now and then but that’s all. The new pair had just started laying when we moved into winter and not being hybrids they’re not driven to lay at all costs. Come the spring they’ll start again.

A real rough tough smallholder would have had them in the pot a year ago but luckily for them, that’s not me. Anyway, as the old farmers knew, half the value in chickens is in the manure. They haven’t slowed down muck production which is so useful in the compost bins. 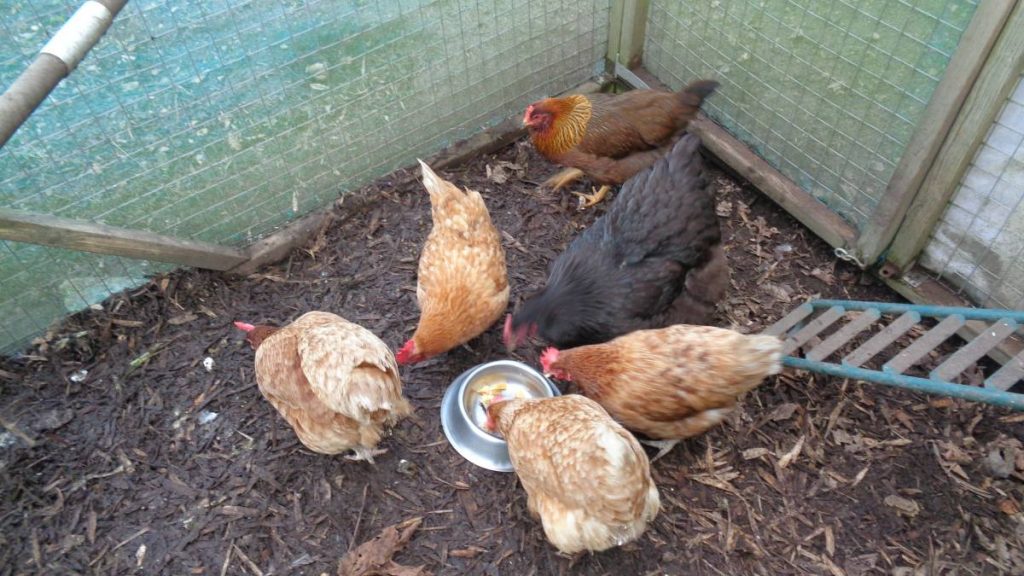 Our 4 elderly hybrids with the new girls – Wellie the Welsummer and Boots.

My computer died, which slowed me down. It actually died twice, the first time the CPU had its chips (groan!). The good people at Celtic Computers got it sorted quickly but a couple of days after it came back, it died again. The motherboard this time.

The trouble with a replacement motherboard is it means the operating system has to be re-loaded. That lost me some data but no-excuses, my fault for not backing up as I should have. I might have it working as I like in as little as a couple of years.

We’re used to storms and high winds here. Being where we are, exposed up a hill, we often get hit. I’d made sure the greenhouses were secure and they came through alright. The patio looked like a bomb hit it and some felt was stripped off the big shed’s roof.

Gary, my son-in-law, came over to sort the shed. Bitter cold, light drizzle and he was up on the shed roof sticking the felt patch on with black stuff and nails. The thing is, left for too long water would have got into the shed and rot would follow. 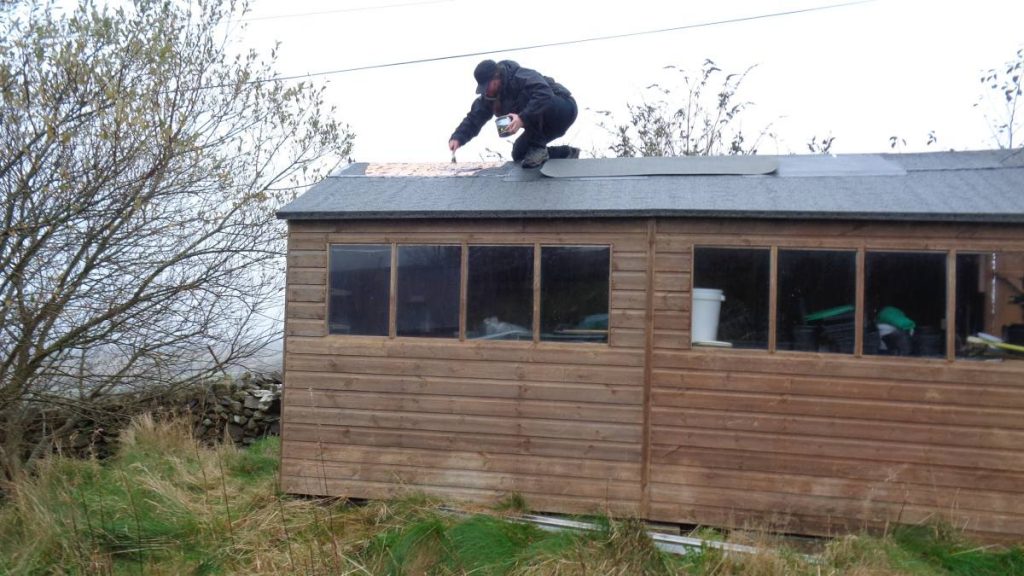 Gary bravely repairing the shed roof by fixing a patch to the felt. It was windy, light drizzle and bitter cold. He’ll get his reward in the afterlife.

After the storm had passed, I stepped out of the back door to leaf drifts. Just like drifted snow, but leaves. I’ve got a leaf vacuum / blower which is great as it finely chops up the leaves. It’s surprising how a big pile of leaves goes down when chopped up.

When the grass has a lot of leaves lying, I use the lawnmower set for the highest cut to collect them. This year everything is so soggy that I can’t do that but since they’ve blown away, not a problem.

My vacuum was the cheapest I could find a few years ago. It does the job well but is limited by being corded. The battery powered ones don’t look to be as good and they’re a lot more money. Same goes for the petrol powered machines except very small petrol motors are a pain. I end up spending more time getting the motor running than doing the job. 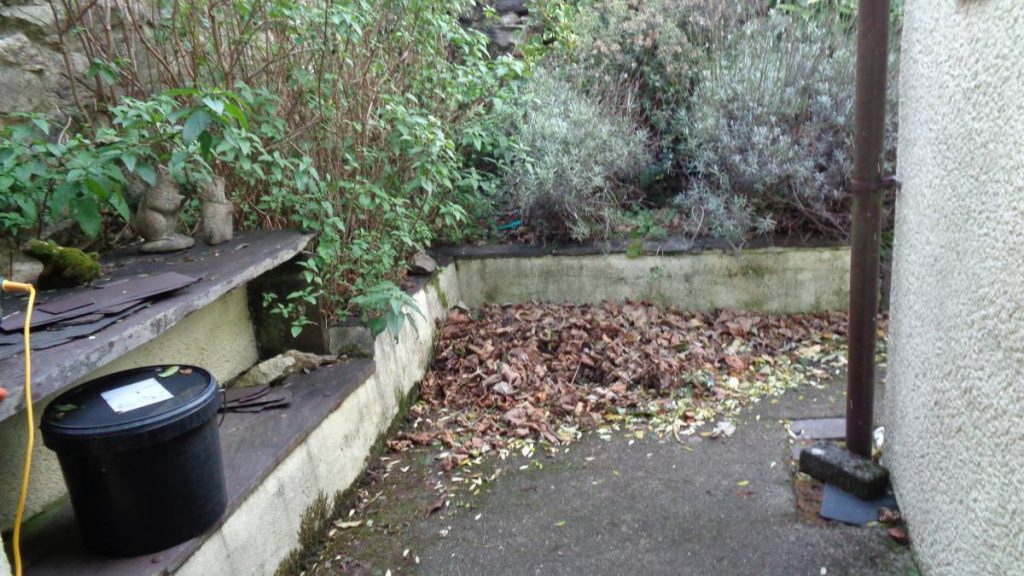 Drifted leaves at the back of the house.

Bit of a Covid Panic

This latest wave of Covid seems to be hitting hard. Infection rates are high but fortunately hospitalisations aren’t super high. Not that that is much consolation to those who do end up in hospital or worse. I dread to think where we’d be without the vaccines.

Despite being jabbed and boosted, we’re aware that doesn’t make you invulnerable. We go out a lot less than we did before and wear a mask and use hand sanitiser. Even so, when Val woke up with a headache, sore throat and feeling rough, the first thing we thought was ‘Covid’

The lateral flow tests were negative and whatever it was was passed by tea time. Those tests are really amazing. It’s like science fiction, a lab in a little plastic gizmo. Whilst I felt fine, I didn’t want to visit my osteopath that afternoon if I was infectious. Strange times…