Stewart Jones, a keen garlic grower from Mansfield Woodhouse in Nottinghamshire, shares how he grows his garlic crop on his plot on the Kingsley Allotment site. 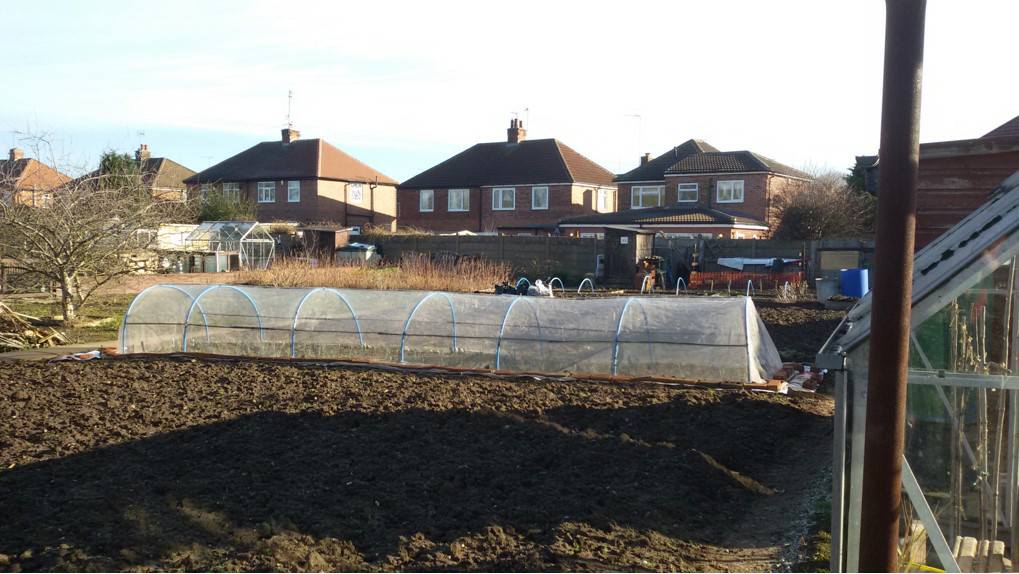 He only grows softneck garlic varieties because of their better keeping qualities along with some Elephant Garlic. He’s currently growing 200 garlic plants made up from: Vallelado, Provence White, Iberian and Early Purple White along with 24 plants of Elephant Garlic.

He retains the best of each years crop to provide the seed for the following season. He says

In the last 5 years I have only replaced the odd variety and only if my own crop has started to diminish in size and quality. 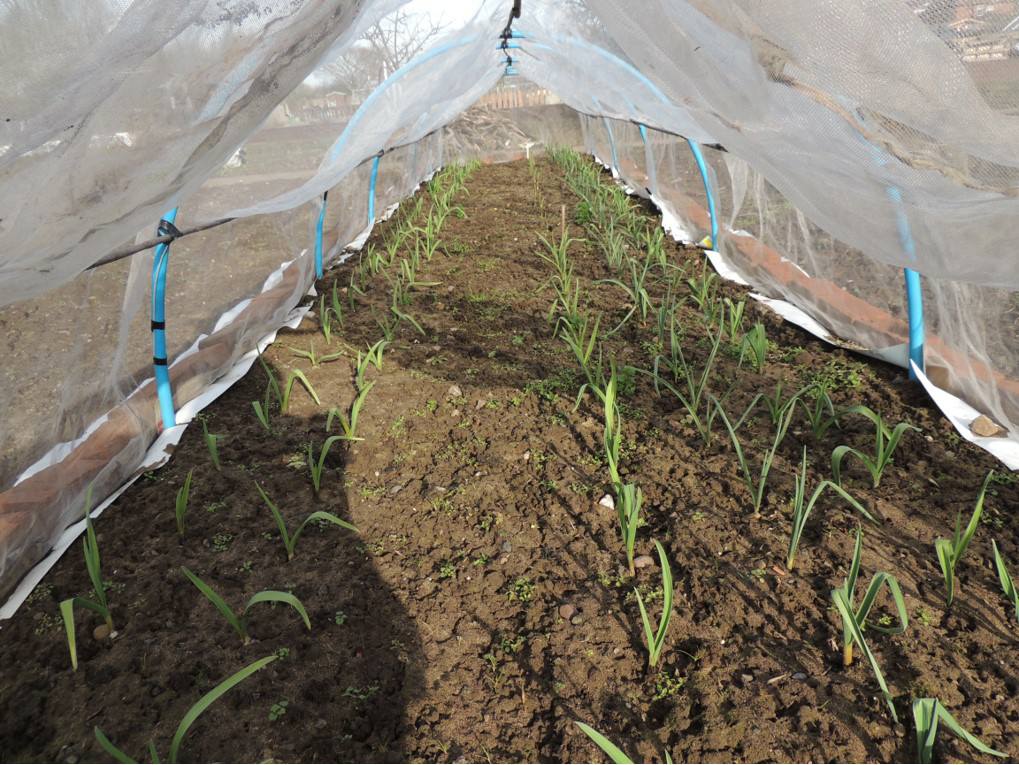 Inside The Garlic Tunnel. 2 rows, then the crawlway and 3 rows.

The site has for some years been plagued with Allium Leaf Miner which attacks garlic just as much as onions hence he grows garlic under protective netting. He supports the net with canes on each side and completely weighs it down with bricks on either side. He does this as the construction has to withstand the winter winds and snow. If there is heavy snow he will remove as much as possible to lighten the pressure on the net.

Stewart retains the best of the current years crop to set again the very last week in October. Usually he follows the potatoes which will have been manured and the soil well cultivated.

Because he’s growing under netting, he leaves a space between rows to crawl down and cultivate the crop and to plant out his Longor Shallots (usually 1st April) under the net.

He keeps the crop weed free and feeds with a handful of sulphate of potash around each 3 of 4 plants which is raked into the soil with a hand rake when he plants out shallots on 1st April. Remember, he has to use a hand tool as he’s crawling under the netting.

The netting remains on until May when it’s taken off to be used on the Brussels sprouts. Stewart feels the netting also helps to protect the garlic against rust although he inevitably has to spray for rust once the net is off, depending on the climate conditions at the time.

He stops watering around mid-June, roughly a month before harvesting the crop in mid-July. 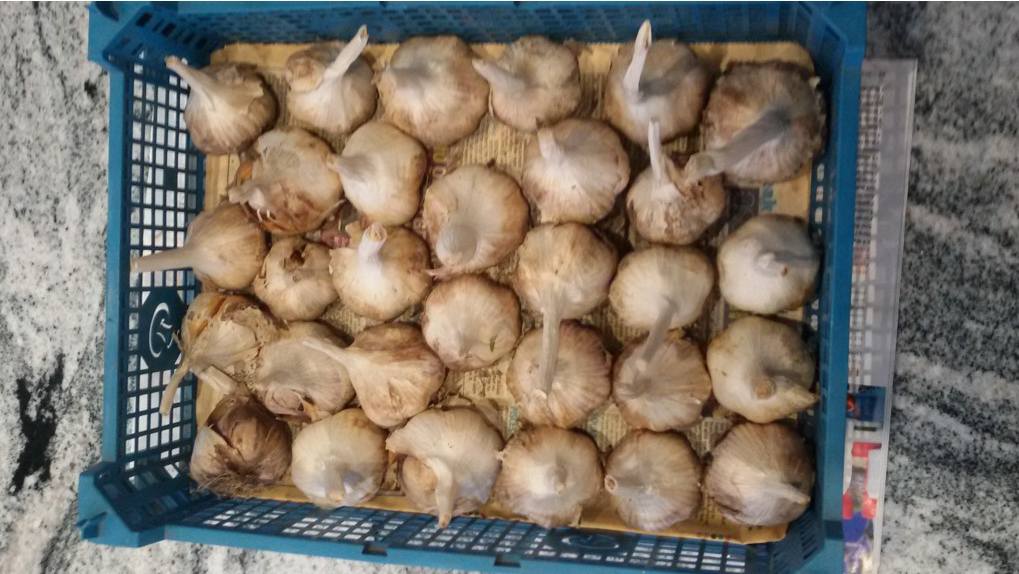 A Fine Crop of Garlic!

Although my wife, friends and family use a terrific amount of garlic I intend to reduce October 2019 settings by one or maybe two rows as I am trying my best to grow show onions and although I have a similar net for my maincrop of onions I need the extra space.

I suspect someone is going to have a few red (winner) cards at the shows next year!

17 comments on “Master Garlic Grower Shares How he Grows Garlic”