So far March has been less productive than I’d like. Between being under the weather, the actual weather and various disruptions, I’ve not got half of what was planned done. Still that’s life!

Even up in the polytunnel it’s been chilly. After a couple of hours one day I started shivering and decided enough is enough. Normally I think I’d have been fine but with a chill already, the cold really gets to you. 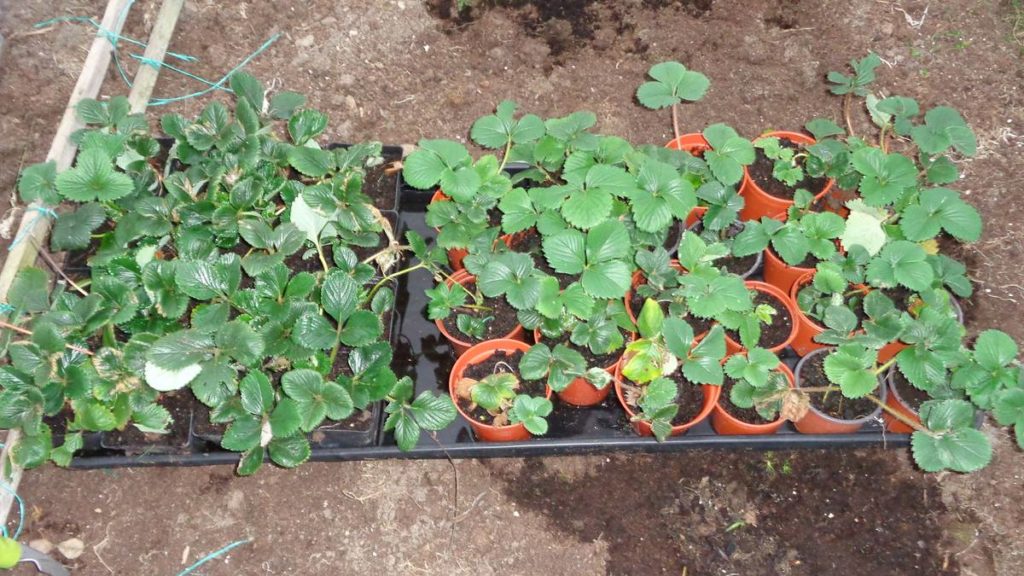 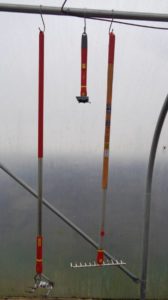 Tools Hanging Up in the Polytunnel

The centre bed of the polytunnel is given over to climbing beans and sweetcorn. Now growing the same thing year after year is not the best idea. Nutritional imbalances can develop and minor pest or disease problems concentrate into major problems. To avoid that I’ve taken the top 5 cm of soil and put it on the outside veg plot.

Next I put down about 4 handfuls of pelleted chicken manure which was worked into the soil with my Wolfgarten culti-weeder using the 118 cm metal handle. I do love these multi-change tools. Superb quality and you can pick the perfect handle for the job. I don’t want to use a long handle in the polytunnel but the shortest (1 metre) is a little too short so it makes getting the angle difficult with this tool.

All you do is hold the head so the tines are horizontal and pull the head through the soil. It opens up the soil but doesn’t go down too deep. A real joy to use. Then soil from the raised beds that had potatoes last year goes into the centre bed to replace the removed soil.

Prior to planting it will get a general fertiliser with extra nitrogen fertiliser for the area where sweetcorn is planted and a potash fertiliser – wood ashes – for the beans. It may seem a bit odd to use precious polytunnel space for sweetcorn and climbing beans but the thing is they’re protected from the wind here. The first time I planted sweetcorn here in the field plot, it was literally blown out of the ground. 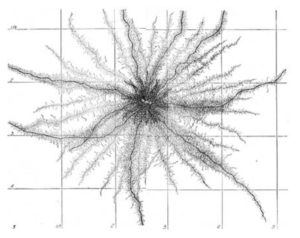 Roots of a mature plant of sweet corn found in the 12 inches of surface soil. They are shown in their natural position after the soil had been removed. Where the larger roots appear to end they really turned downward into the
deeper soil. From Weaver & Bruner’s Root Development of Vegetable Crops

I’ve always done well with sweetcorn, if I say it myself. The ‘secret’ is space and feed. Often people plant out far too closely. I’d say 45 cm between plants is a minimum and even 60 cm isn’t too much. Also sweetcorn puts a lot of growth into a short season and needs feeding well to produce good results, especially nitrogen to fuel the vegetative growth.

The reason space is important is that sweetcorn needing so much food to grow, develops a large root system. To quote from Weaver & Bruner’s Root Development of Vegetable Crops

Briefly, sweet-corn roots extend laterally more than half as far as the stalk extends upward, and the root depth is equal to the height of this rather imposing vegetable crop.

In the polytunnel I’m spacing my sweetcorn far closer than ideal but compensating for this with high levels of fertiliser. 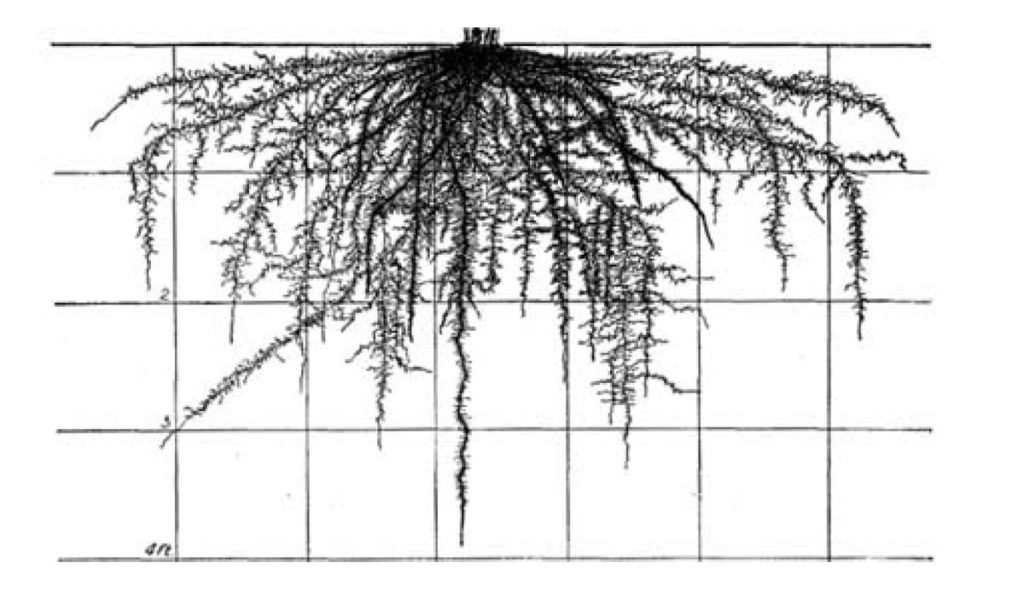 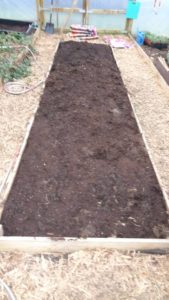 I’m also doing some potatoes in the polytunnel. The extra warmth and shelter will bring me an early crop to carry me through until the outdoor crops come in. I’m using 2 one metre square linkabords and 2 wooden raised beds about 1 metre by 40 cm I’ve re-purposed.

In the linkabord beds, Arran Pilot and Charlotte with some new to me French early varieties sent by a kind reader. These are Samba and BF15 which is apparently the favourite of chef Raymond Blanc OBE. Due to a bit of a mix up when unpacking, I’m not sure which is which but maybe I’ll tell when they’re on the plate.

I did so well with the strawberries in the polytunnel last year that I’m not going to particularly bother with them outside this year. I’ve potted up a load of runners which will be grown in hanging baskets. They do well like that, safe from slugs and warm being they’re high.

I’ve also got a strawberry barrel on the patio which will be going into the polytunnel. High yield from a small space.

4 comments on “Preparing the Polytunnel”

Leave a Comment Here on Preparing the Polytunnel Cancel reply