The main constituent in conventional slug pellets, metaldehyde, is to be banned in 2020 announced Michael Gove, Secretary of State for the Environment. The reason cited is an unacceptable risk to wildlife. Metaldehyde based slug pellets will be withdrawn from sale in 6 months. 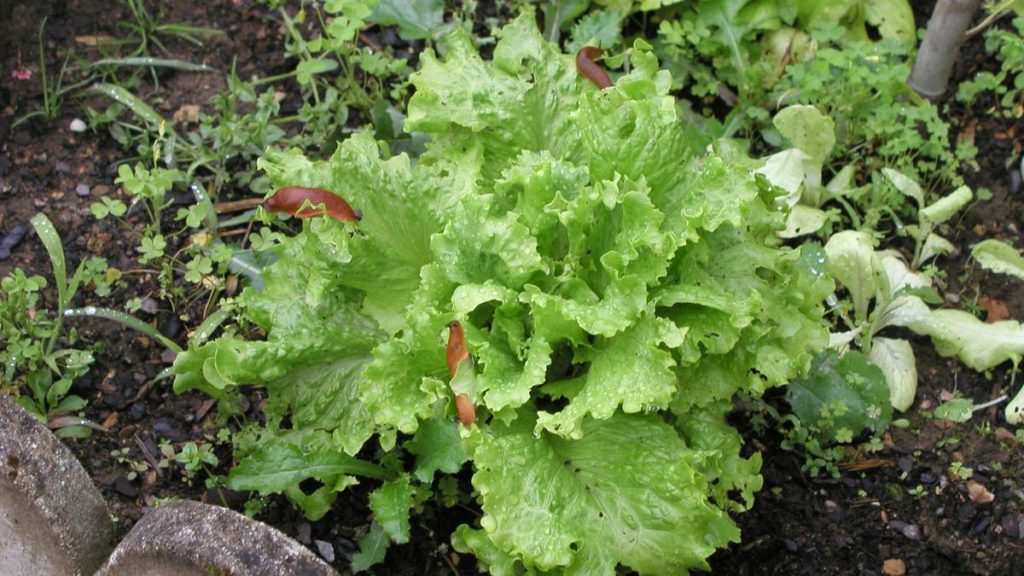 Slugs infesting a vegetable garden. 3 on a lettuce!

It will be legal to use metaldehyde based pellets after 2020 under cover – basically polytunnel growing farmers, presumably with a licence to use pesticides.

There is a risk with metaldehyde based pellets of poisoning pets and children who directly eat them although this is extremely unlikely if they’re properly applied – i.e. scattered thinly. Dumping slug pellets in piles is dangerous and ineffective.

The risk to wildlife is that they eat the dead slugs who remain on the surface and are poisoned by the metaldehyde in the slug corpse. Although this has been cited as a risk for many years – which is why metaldehyde is banned under organic standards, I believe it is actually an extremely low risk with few actual cases. Still, I could well be wrong. Incidentally, the ban is only in the UK – not the EU and USA etc.

Metaldehyde and metaldehyde based pellets have been used to control slugs for the last 80 years – so to many gardeners they are the go-to slug control. Happily there are now good alternatives.

One of the most effective slug controllers are ducks. They love them! But if you don’t have ducks that’s not much use to you. Ducks & chickens tend to devastate vegetable crops too.. not the ideal solution on the plot. Chickens will often ignore slugs, I assume they don’t like the taste.

The RHS undertook a study of five popular organic home slug control methods and found them to not be effective.

Copper tape, horticultural grit, pine bark mulch, wool pellets and egg shells were all shown to make no difference when applied to lettuce, with gastropods inflicting the same damage to those treated with the remedies as without.

Beer traps etc. will catch slugs as will heading out at night with a torch when the devils are active to pick them. The problem is the ones that get away. In a small area you can make a real difference although more will head in to fill the void so an unpleasant task you just have to repeat frequently to keep on top of them. 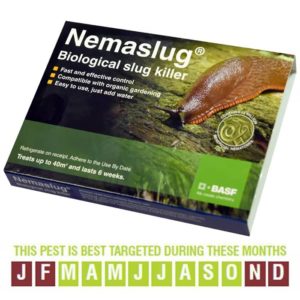 Nematodes (sold as Nemaslug) can be the most effective solution. Nematode controls are very small worms that infest and kill the slugs and only the slugs. Other creatures are unaffected and the environment isn’t harmed but there are some drawbacks to nematodes as a control.

With the right conditions though, nematodes are very effective, possibly the most effective solution to slugs. 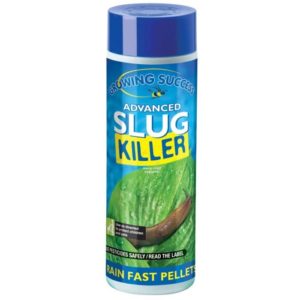 The ferrous phosphate based pellets are my preferred slug control method. They work just as well if not better than metaldehyde pellets but in a different way. Metaldehyde causes the slugs to dehydrate leaving the trails of slime and dead bodies on the surface. Ferrous phosphate stops them eating so the slug goes back underground to die.

Because the bodies aren’t visible, some doubt their effectiveness but, trust me, they do the business. Some years back we visited a friend in the Limousin (France). Despite barriers, traps and night hunts her major problem was large brown slugs, dozens of the devils. As fast as things were growing, the slugs were munching them up. You can see three of them on one lettuce! I asked why she didn’t use pellets and the answer was that she didn’t want to harm the frogs and hedgehogs, not to mention her four cats.

The first application had vanished the next morning and the number of slugs reduced. A second application also vanished over a couple of days and so did the remaining slugs.

Ferrous phosphate pellets are a little more expensive than metaldehyde based pellets but, used properly (scattered thinly), the difference in price is negligible on a garden scale. Since they’ll have to ramp up production to fill the void when metaldehyde pellets are withdrawn, I expect the price to fall a little in the long term.

Uneaten pellets eventually degrade into their constituents which are basically a fertiliser.

I know of two brands. Growing Success Advanced Slug Pellets and Neudorff’s Sluggo Slug & Snail Killer which comes in a standard and ultra type. The ultra type is stronger and so you need to apply less.