Well the results from my parsnip experiment are in and it’s not what I was hoping for. This year, instead of direct sowing, I decided to try starting my parsnips under cover and transplanting. 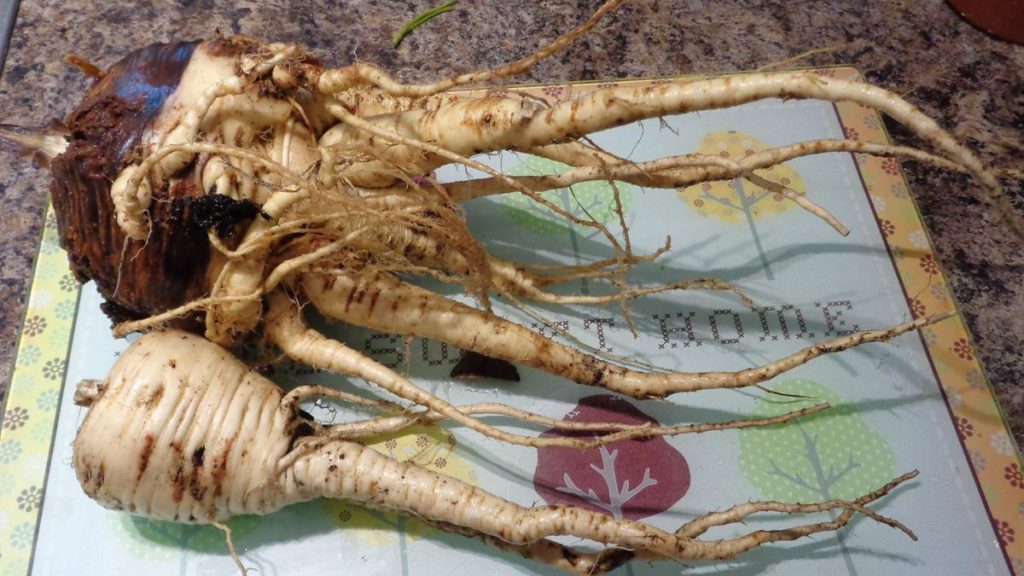 First I soaked them in a cinnamon and aspirin solution as an antiseptic germination aid. They were then sown into root trainers with 18ºC bottom heat. Parsnips are famous for being difficult and slow to germinate but with this method I had higher than 80% germination in 4 weeks. So this part of the experiment worked well. I covered the options in this article – Parsnip Germination Tips and Temperatures

The plants were transplanted at 20 cm spacing (8 ins) in a raised bed with deep stone-free soil / compost mix. Pretty much an ideal growing medium.

My technique with the root trainers 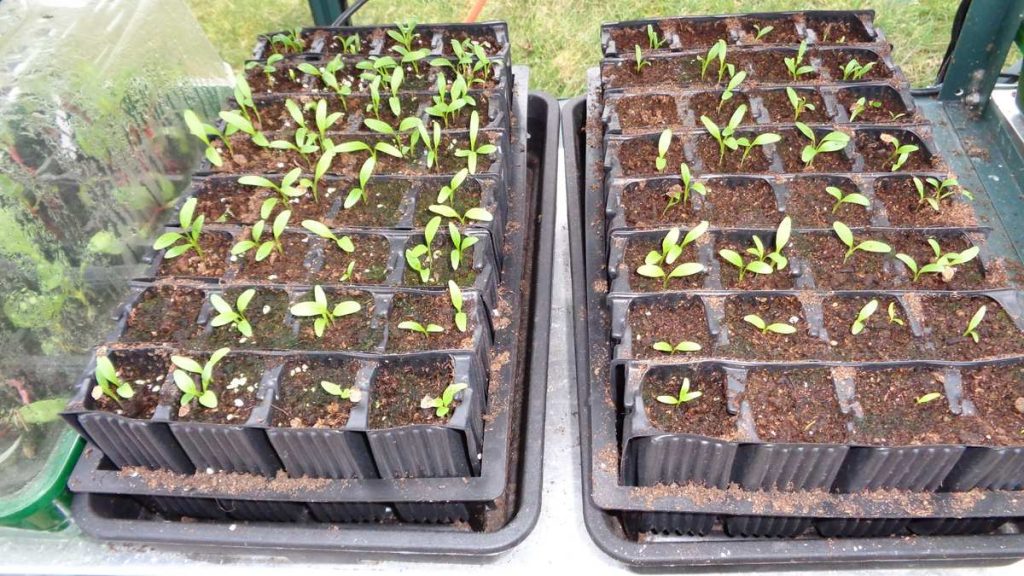 Parsnip Seedlings in Rootrainers back in mid-March

Now I think two things went wrong for me, early on. The first was that I didn’t pack the compost tightly into the root trainers thinking that a light compost would assist the seedlings. Possibly it was a bit dry as well. This may be true but it made transplanting without root disturbance more difficult.

When I came to plant out the compost tended to break up and fall off the root.  This inevitably caused damage to the root hairs so the plant reacted as if it had been blocked by a stone perhaps and forked. 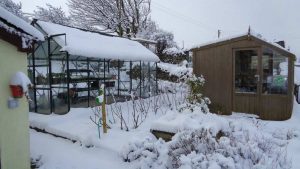 The cold snap in March

The second thing was the weather when the parsnips germinated. Spring went from warm to cold and around again with snow even in April. This delayed planting out too long and the taproot was starting through the base of the root trainer in some cases. The effect of this was the same as hitting a block and caused forking.

It may be that the glorious summer worked against me as well. It’s pretty unusual to get long periods without rain here and I was a bit slow to react to the need to water. I think the irregular water availability caused some irregular growth and roots forking. It wasn’t the roots seeking nutrients but water.

What’s really galling is that I’d kept an eye on the parsnips and judging by the shoulders that I could see, expected some really nice large roots. I’d resisted the urge to dig one up and look. There’s nothing you can do when they’re growing anyway.

As we’ve had a couple of frosts, I harvested a couple and, as you can see, a bit of a disaster. As well as so much root forking they’re looking like some monster off Dr Who, some have been badly affected by canker.

Lesson for next year

Next year I’ll definitely start my parsnips undercover on heat. Because the high germination rate and the ability to defeat weed pressure is such a big advantage. If I can avoid the root forking problem it has to be worth it. Rather than root trainers, I’m going to try using toilet roll inners so avoiding root disturbance on planting out.

I can’t control the weather but hopefully we’ll have a more normal year and I can get them into the ground in time.