A bucket full of peppers!

Despite the wonderful summer, I didn’t do well with peppers this year. The reason being the extended winter. I started them off in the potting shed propagators and grew on under lights. They were doing really well in small pots and the plan was to plant them out into the border in the polytunnel. 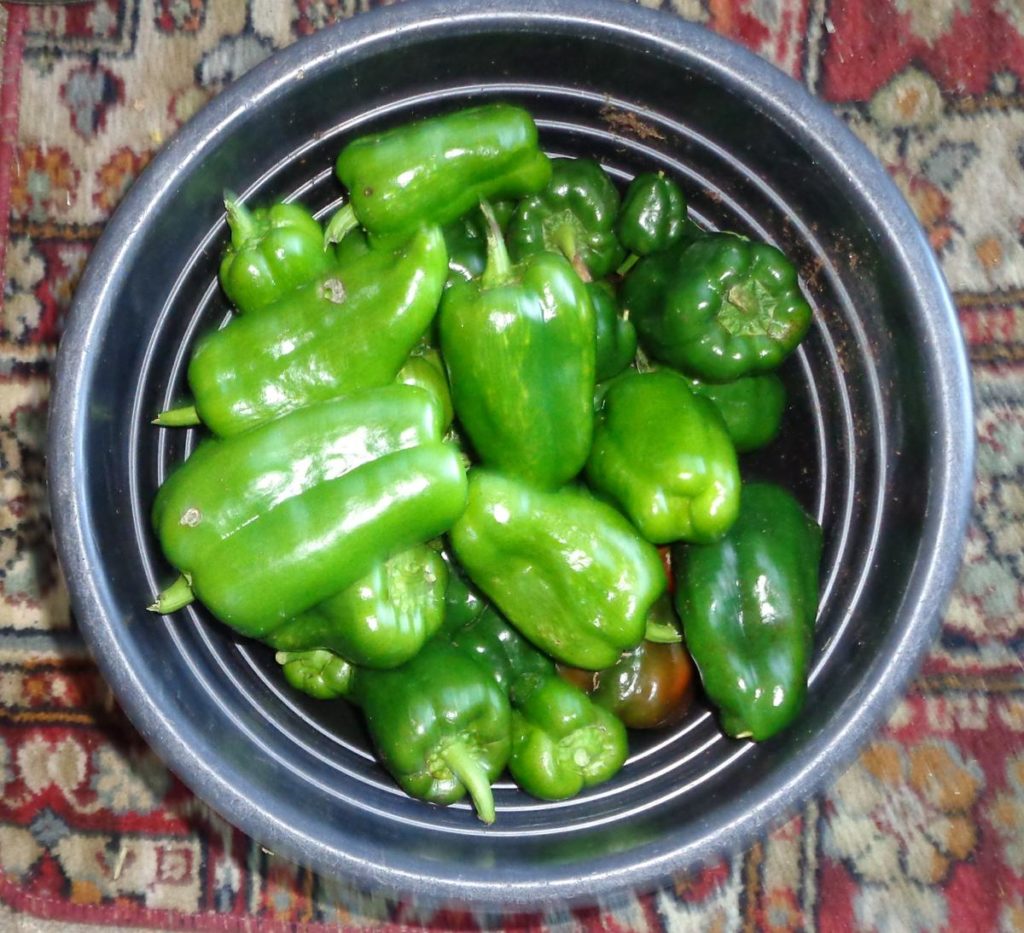 A Bucket of Peppers (Well a large pot to be accurate)

I couldn’t really move them on into larger pots as I just didn’t have the room. The propagators were full and the greenhouse heater was keeping the temperature in the potting shed above 5ºC

By the time the weather changed in mid-April they were really leggy and rootbound in the pots. I did tease the roots when I planted them out but they just didn’t take off well. In fact, the root development never caught up. 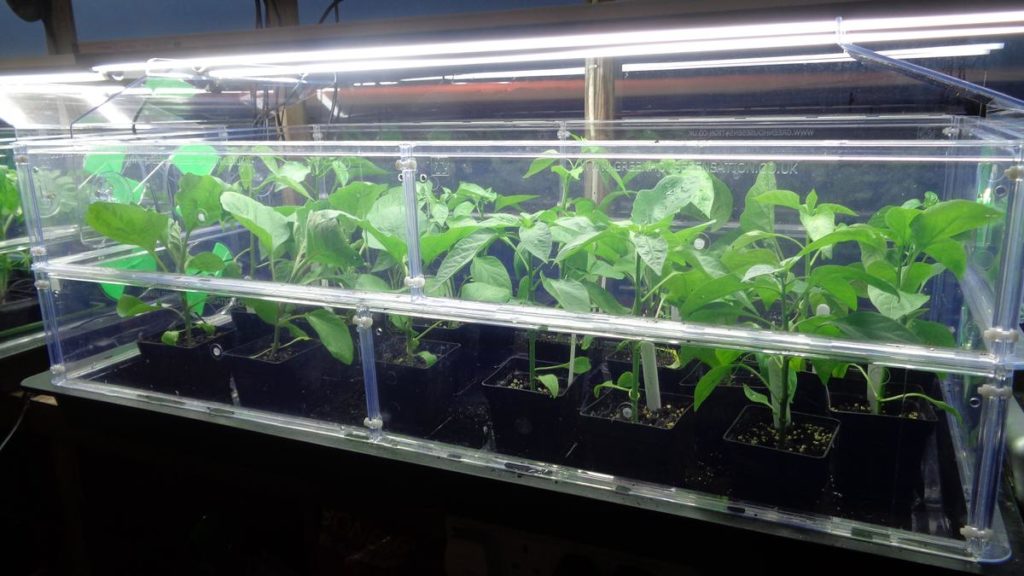 Peppers in the Propagator in April. They should have been planted out at this stage rather than being held.

Time to clear the plants

As we’ve had a couple of frosts and average temperatures are a lot lower now, decided to take up the plants. They’re not going to develop more fruits and with the cool, humid conditions are very vulnerable to fungal problems.

Most were quite small, which isn’t too bad. You can always use 2 small instead of 1 normal. I was surprised though at just how many were on the plants. So a whole bucket full of sweet and chilli peppers.

Storing chilli peppers isn’t a problem. We just dry them and grind them up. They will literally store for years in an airtight jar. Sweet peppers, however, are a problem. We have blanched and frozen them but they’re not a patch on fresh. When they been frozen they are soggy and even when they’re being cooked they lack something.

Sweet peppers will keep for a while in the fridge but not long term. As they get older they lose that crispness that makes them so nice fresh in a salad. Like there frozen version they aren’t as good even cooked. I suppose what we can’t eat will go to egg converters. That is the hens who can convert them to eggs.

In hindsight I should have moved them up to larger pots rather than holding in 10cm (4 ins) pots even if I’d had to discard some plants. I think we’d have have had fruits earlier and many more of them in total than we ended up with.

40 plus years growing and I still learn every year.

Leave a Comment Here on A bucket full of peppers! Cancel reply