Glyphosate – Should we ban, Can we replace Glyphosate?

I’m confused about glyphosate, the active ingredient in herbicides like Roundup. Glyphosate is probably the most used herbicide on the planet. Is it safe? Can we replace it? 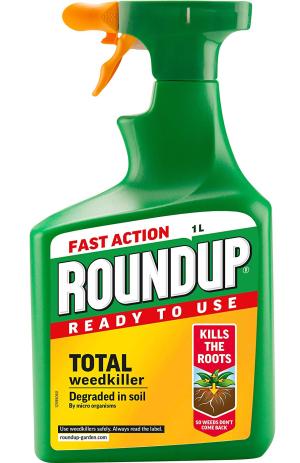 Most growers are aware of the concerns about glyphosate causing cancer – specifically non-hodgkin’s lymphoma.

The problem is partly that the discussion is so polarised and at times verging on the hysterical that it’s very hard to know where the truth lies.

The manufacturers insist it’s safe and the fears groundless. They cite the 800 scientific papers that have concluded it’s safe. Then it turns out that an unknown percentage were ghost written by the manufacturer Monsanto and the science has been corrupted.

According to some reports the early safety studies of the 1970s were fraudulent and as late as 2003 internal memos at Monsanto expressed concerns that claims regarding the product safety were overstated.

The safety concerns were brought to the front last year when the World Health Organisation’s International Agency for Research on Cancer (IARC) assessed glyphosate as a possible carcinogen. Note that word ‘possible’ – hairdressing and carrots are in the same category.

So we have a product where the safety testing is suspect but then it turns out that IARC may have skewed their report towards damning glyphosate by editing out ‘non-carcinogenic’ findings!

So I think it is fair to say we don’t know how dangerous or not glyphosate is to those who use it or consume products treated with it or the general environment.

I can understand Monsanto who owned the patent and manufactured glyphosate want to protect the cash cow. They were sold to Bayer for $63 BILLION. That’s BILLION not million. But apart from being criminal to falsify test results, I think it was incredibly stupid.

We accept many things that are harmful because we balance that with their utility. Two obvious examples are tobacco and alcohol. But X-rays that save lives cause cancer. Not so simple now. There’s a full list of 116 things that can give you cancer on the Guardian web site.

If you’re a farmer using glyphosate and you know it can give you cancer then you’d wear protective gear when using it. Telling them it was safe enough to drink when the company knew there were risks is disgusting.

The biggest supporters of using glyphosate are the farmers. Look at it from their point of view. Glyphosate is a cheap and very effective herbicide. Spraying off a field prior to sowing will increase yield, possibly double it for little cost. Many farmers claim they couldn’t make a profit without it. They’re addicted.

Then we have GM crops – or at least the USA and other farmers outside of Europe do. Make your plant resistant to glyphosate and you can spray it several times during its growth killing off all the weeds and producing higher final yields for a small cost. 90% of corn grown in the USA is GM corn that resists glyphosate.

Over here in the UK farmers use glyphosate as a desiccant. Grain has to be dry to store well and that involved electric dryers. Spraying off prior to harvest means less or no drying required.

So we have a product that we’re not confident about the testing that is entering the food chain. We just don’t know. We need testing and measuring by scientists paid for their work rather than the ‘right’ result.

If we ban glyphosate it will be an inconvenience to home gardeners who use herbicides but not that big a deal in the scheme of things. For the conventional farmers it would be a disaster. Costs would increase, yields reduce and food would go up in price in the shops.

Can we replace glyphosate?

It’s been claimed that there is nothing else that is as effective and cheap that is as safe as glyphosate. That may or may not be true. We don’t know how safe or not glyphosate is so how can we compare? Certainly glyphosate is very cheap and efficient but maybe we should accept paying more for a proven safe product.

If we ban glyphosate tomorrow it will be extremely disruptive and expensive. If we don’t it could be a health or ecological disaster of DDT proportions. Maybe Bayer should give the government £100 million and the government could split that out to various university science departments etc. to perform truly independent tests that will define and quantify what the risks, if any, are.

What do you think?

I’d love to get your thoughts on this. Just scroll down and comment. Please note comments are manually approved because of spam postings. It may take a few hours to appear.

16 comments on “Glyphosate – Should we ban, Can we replace Glyphosate?”

Leave a Comment Here on Glyphosate – Should we ban, Can we replace Glyphosate? Cancel reply