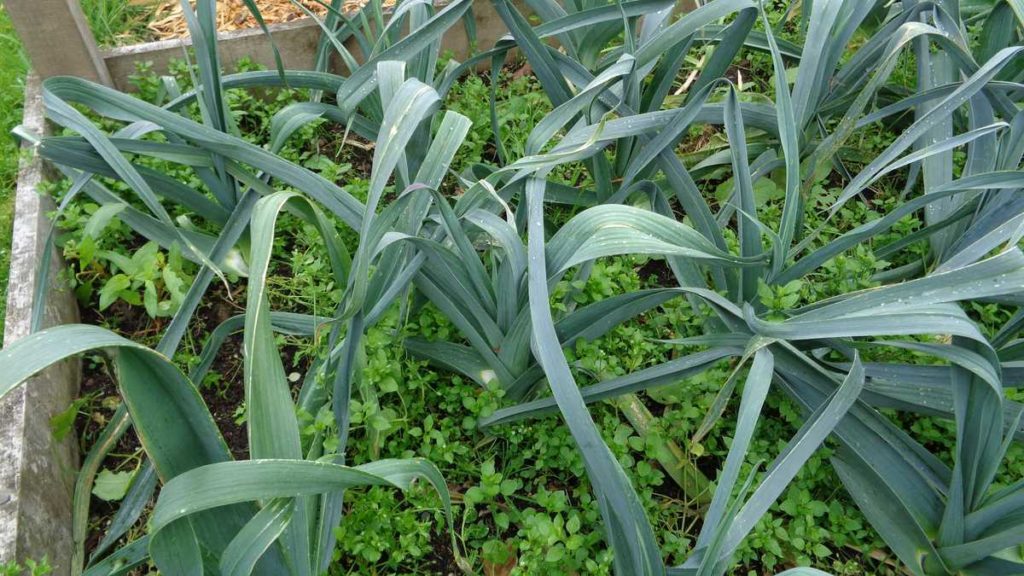 Leeks doing well despite the chickweed

Well it looks like my trial of starting the leeks in modules is a winner. They’re doing very nicely although there’s yet another flush of chickweed trying to swamp them. Of course, it could just be the summer what done it. Next year I’ll use actual root trainers rather than the larger module trays and plant earlier. The smaller plants will be easier to plant as I won’t have to make the holes so wide and deep.

In terms of time it’s certainly as fast if not faster than how I’ve grown in the past. No time spent untangling roots. It’s certainly logical that no root damage on transplanting will result in a better crop but I should keep in mind that it was an exceptional growing summer.

There are other leek growing methods that avoid transplanting root damage. Growing in a trench which is gradually filled in or collaring to create the blanched stem would both work. I’ve tried the trench method but found it difficult as the soil slid in before it was needed, swamping the seedlings. With a lumpy clay soil it was difficult to fill the trench with fine soil.

The collar stem method is the way to produce the best leeks. A collar is wrapped around the growing point between the blanched stem and green leaves. The leeks finish clean with a good blanch but it is the most time consuming method. My aim isn’t to produce show quality vegetables, it’s to produce good vegetables for the table with a reasonable amount of effort. As in all things, finding the balance between effort and reward is the trick.

I went a bit over the top with the lettuce and salad leaves but what we can’t give away of the surplus goes over to the hens. When it’s pouring down or ridiculously windy, I keep them in the roofed run. So to give them something interesting and green to eat they’re getting some delicious lettuce to convert into eggs and fertiliser. 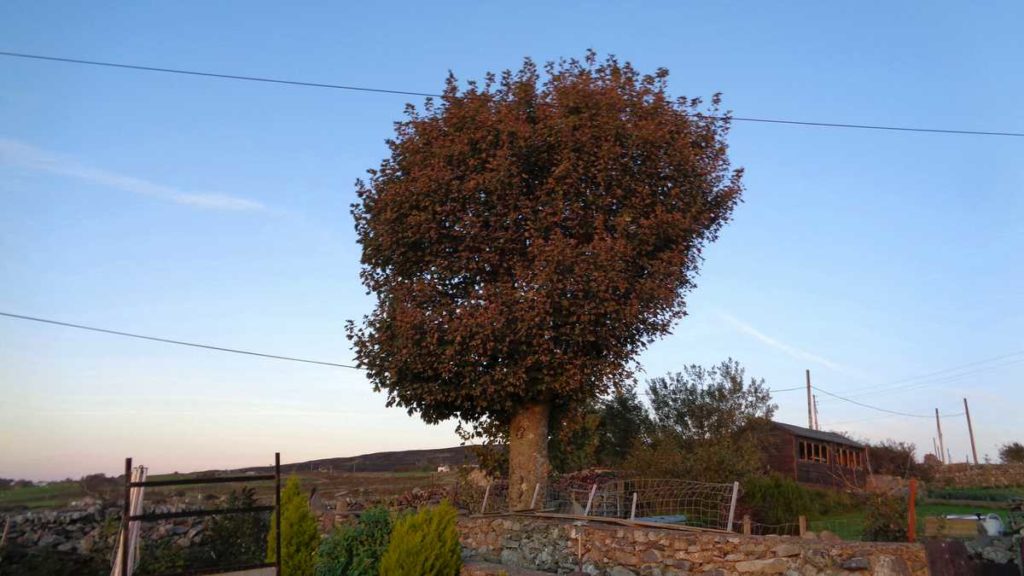 We severely pruned a large sycamore back in 2011 and felled another leaving a high stump – they were becoming dangerous and likely to go over in a storm. The pruned tree is now looking like a well formed tree that you wouldn’t guess had been so bare and skeletal a few years ago.

Trees react to their trauma by throwing up ‘panic growth’ from the base. With the big sycamore this was starting to intrude on the LPG tank so, armed with a chainsaw, the growth was cut back. Over on the other side of the house, the other sycamore formed a large bush. The bush was fine but now it’s getting too big and shading the grass and fruit trees. Not really a chainsaw job so just using the loppers it’s been reduced back to where it was. Then it was out with the shredder.

The shredding did not go well. It kept jamming up and stalling on branches it should have eaten easily. After about the tenth time of opening it up to clear the blockage, I decided to reverse the cutting blade and see if that improved matters. It turned out the blade was loose. Whether that was me when I put a new blade in or it had just loosened I don’t know, but things went a lot more quickly after it was properly fitted.