Blight hits the outdoor tomatoes but we’ve a glut from the greenhouse crop. The comfrey bed is cut for the compost heap. Putting the raised beds to sleep.

I thought I was going to get a big crop of outdoor tomatoes this year. The plants had grown well and were so laden with fruit that we were wondering what we were going to do with them all.

Well, along comes the blight and that’s that. We’ve had a few sound ones but blighted tomatoes, like blighted potatoes are not any good. The fruits will rot before they redden and some are squishy and brown already.

Bit of a tomato glut 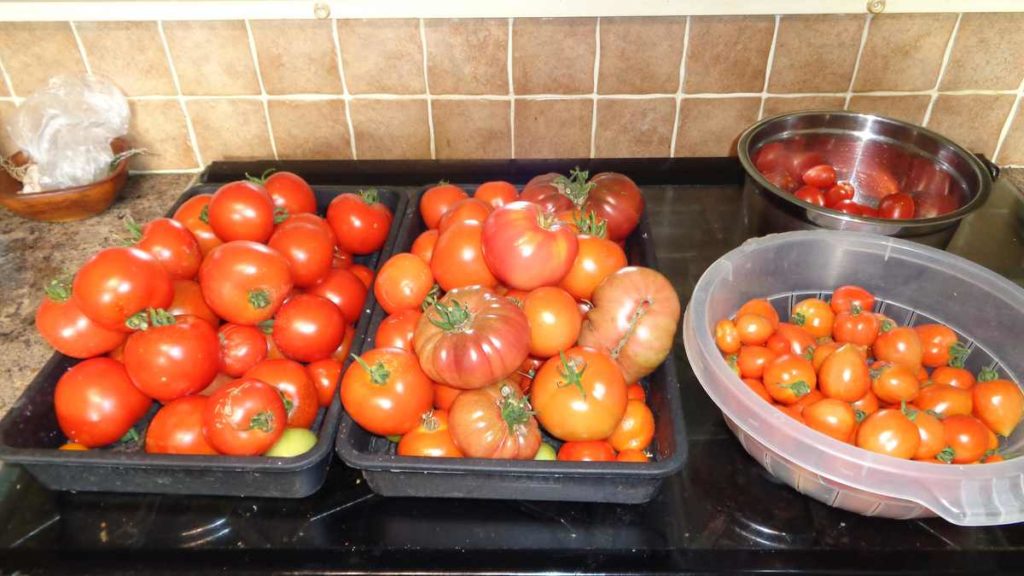 Yes, we have some tomatoes.. just a few

I think Val’s actually quite relieved that we’ve lost the outdoor tomato crop. I came in with a load from the greenhouse and polytunnel and her face fell. It’s not really that bad, we will share them with some neighbours. I reckon we’ll have the same again if not more from what’s still ripening away.

You might notice there’s no Sungold in the photo. My grandson had those in a bag within 10 seconds of me saying yes. Honestly, if you’ve a child who doesn’t like tomatoes grow some Sungold. They’re so sweet you’d think they were made by Haribo. If you can get a kiddie to try one, they’re sold!

Taken a cut off the comfrey which has gone into the compost bin layered with green waste. It really is an amazing plant, cutting it down actually seems to strengthen it. It’s so rich that it will activate a compost heap like a manure although I have been adding the chicken cleanings to the heap. 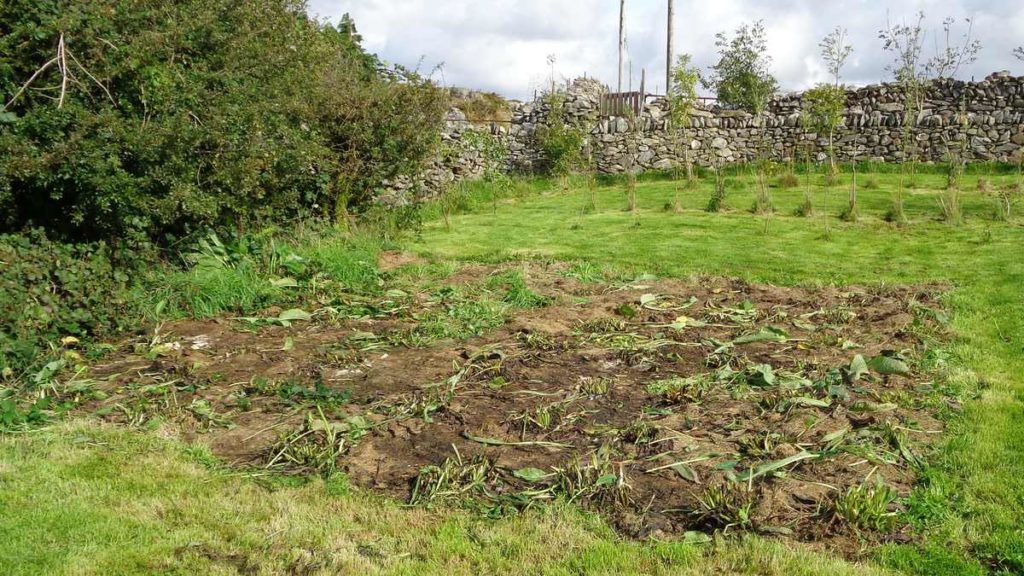 Mulching between the plants has enabled them to establish well. I laid some biodegradable matting and cardboard down before covering with grass clippings. In hindsight I made a mistake when planting out the bed. In the past I’ve planted at 45 cm spacing which is a bit tight when they’re in full growth, so this bed was laid at 60 cm spacing.

What I failed to take into account is the poor nutrient levels in the soil here. Knowing how well comfrey can grow I skimped the job and didn’t properly dig over adding a load of manure. Now the roots are going deep they’re doing OK but it’s taken quite a while. Even so, they’re still not as vigorous as my previous bed.

As the raised beds clear I’m putting them to rest for the winter. It’s too late for most things to go in and I have a feeling it is going to be a very cold winter. Probably have another heatwave now that I’ve predicted cold! Also, I have quite a lot of work to do this winter so closing off makes sense. 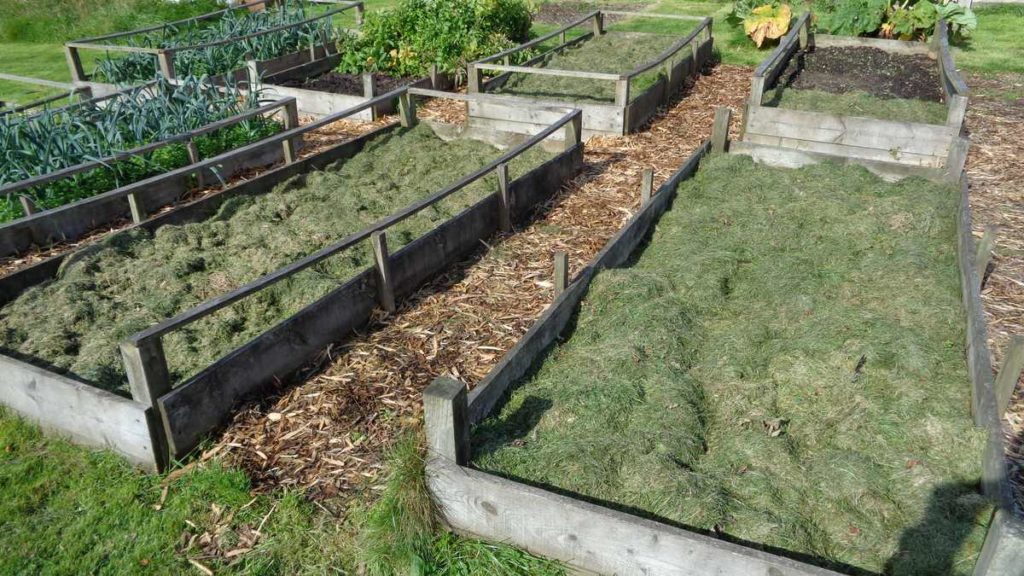 I could use weed mats on the beds but I don’t like it particularly. I hate seeing allotments covered in black plastic which ended up shredded and flying around the site. Instead, I’m mulching thickly with grass clippings.

The clippings don’t fly around once the rains have matted them down and they improve the soil. I think they feed the worms who drag bits down below the surface. I’ve been grass mulching under some of the fruit bushes for a few years now and the soil is much improved. Best of all – they’re free!

When it comes time to bring the mulched bed back to life I can just rake the clippings off and pop them in the compost bin to leave a clean sowing surface. It may well be worth just leaving them on when transplanting – depends on the slug burden as much as anything.

One comment on “Tomato Glut, Comfrey Cut & Time for Bed”