In the Greenhouse & Polytunnel

Despite my worries about the heat causing problems in the greenhouse and polytunnel, they’re actually doing very nicely thank you.

The aubergines are starting to develop – best plants I’ve grown for years, they obviously love the sun and heat. I’d moved a couple of plants into the cooler and more shaded potting shed but they don’t like it; yellow dying leaves at the bottom of the plant. I may have to move them back into the greenhouse although it is pretty full in there. 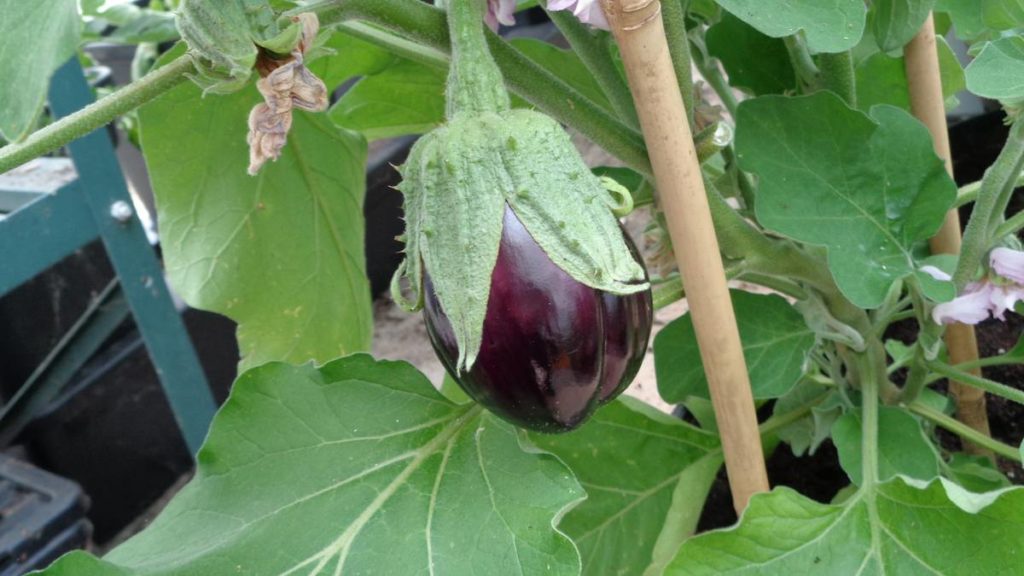 The cucumber in the greenhouse is now hitting the roof. It’s climbed it’s string, grabbed the tomato’s string next door and if every flower and developing fruit comes good we can open a cucumber shop. So far we’ve had 3 good sized fruits from it. 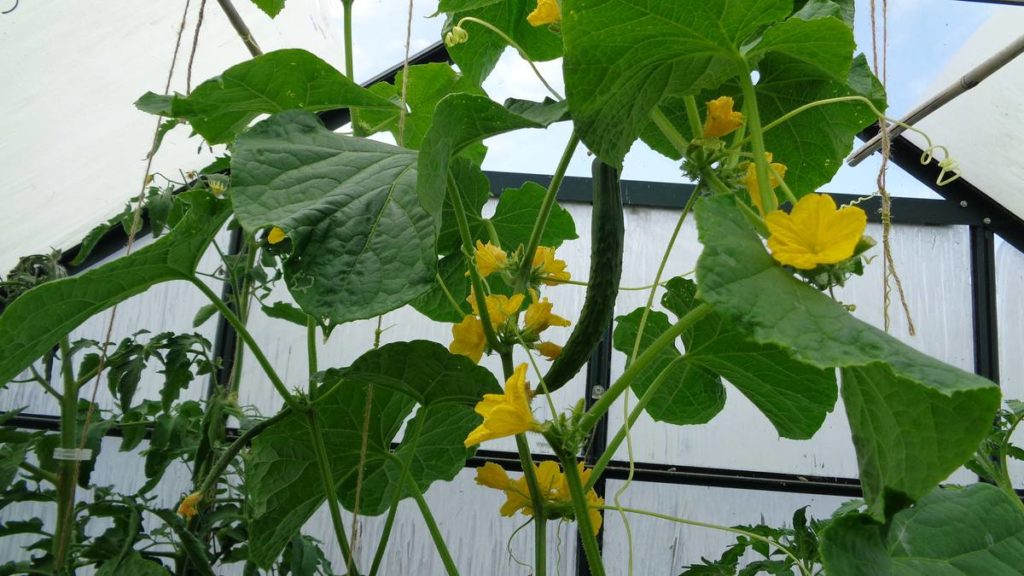 Developing Cucumber in the Greenhouse

I’ve 2 plants in the polytunnel which are nowhere near as developed. So far just one fruit but there are more forming. I think the reason they aren’t doing as well as the greenhouse cucumber may be the soil.

This year the greenhouse border had the top 10 cm (4 ins.) taken off and used as a conditioner on the walled veg plot. Then it was broken up with a fork and had a mixture of potato fertiliser and Growmore added before being topped back up with fresh compost.

The polytunnel growing medium was made by stripping the turf, forking and replacing the turf grass-side down followed by about 5 cm (2 ins.) of compost. It has had applications of liquid fertilisers – Miracle Gro and tomato feed along with a trace element mix (Chempack).

Well this is odd to say the least. The plants have hardly grown since being planted out but they’re producing some excellent large fruits. 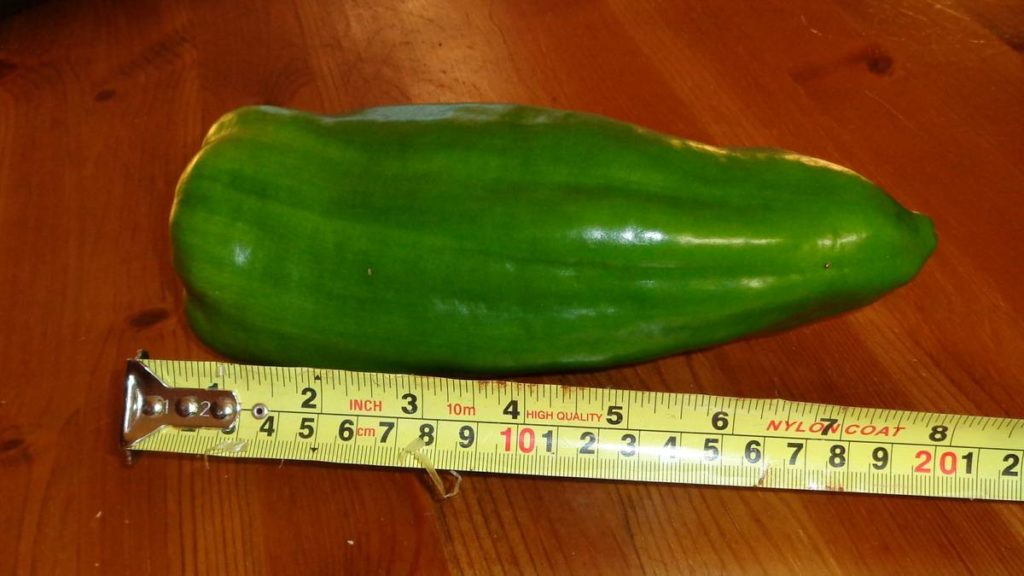 This year I decided to plant all my peppers in the polytunnel border as they did so well in there last year. The plan was to plant out in early April, using fleece if the weather was cool.

As it happened the weather was awful, freezing cold and snowy in early April so they were pretty pot bound when they got planted out. I did tease the roots but it doesn’t seem to have helped.

Perhaps I should have potted them up a size when I couldn’t plant out but thinking about it, things were pretty crowded in the potting shed and propagators so I would have been hard pressed to fit them in.

Anyway, can’t complain about the fruits so far.

Now these are turning out to be the success story of the season. They’re laden with fruit and unless disaster strikes – like blight wiping them out – we’re looking at a bumper crop. We’ve been enjoying Sungold for a while now and the Black Russians are ripening up too. 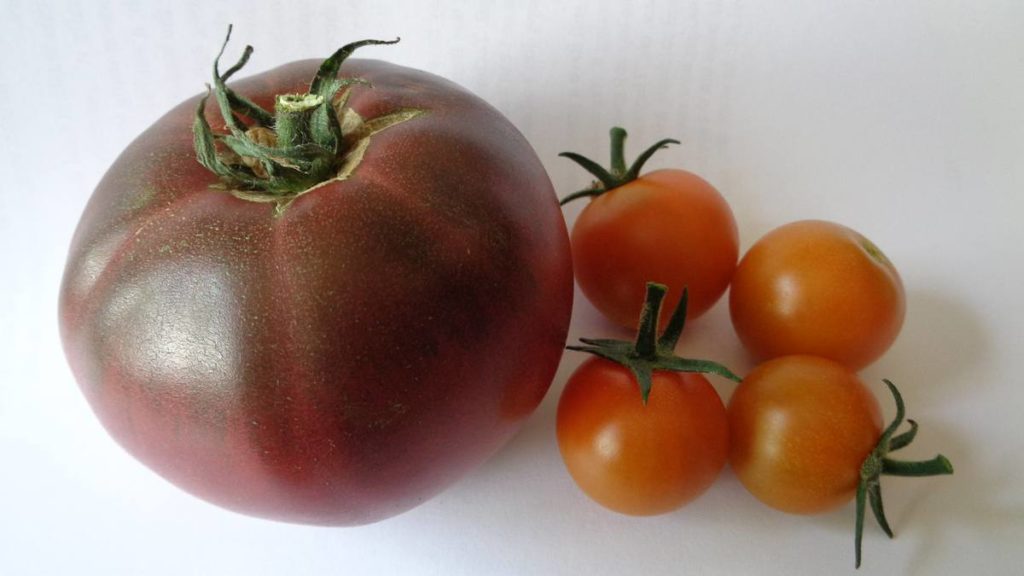 They’re so different from each other; the Sungold being sweet, firm, bite-sized fruits and the Black Russians are large, juicy and less sweet but well flavoured.

The hanging basket tomatoes (Red Alert) in the polytunnel are laden and the later sown Heartbreakers are trying to catch up. The bush tomatoes outdoors are coming along but they’re very much a long-odds bet. Even if the weather holds, they’re at risk of blight. Still, you never know. 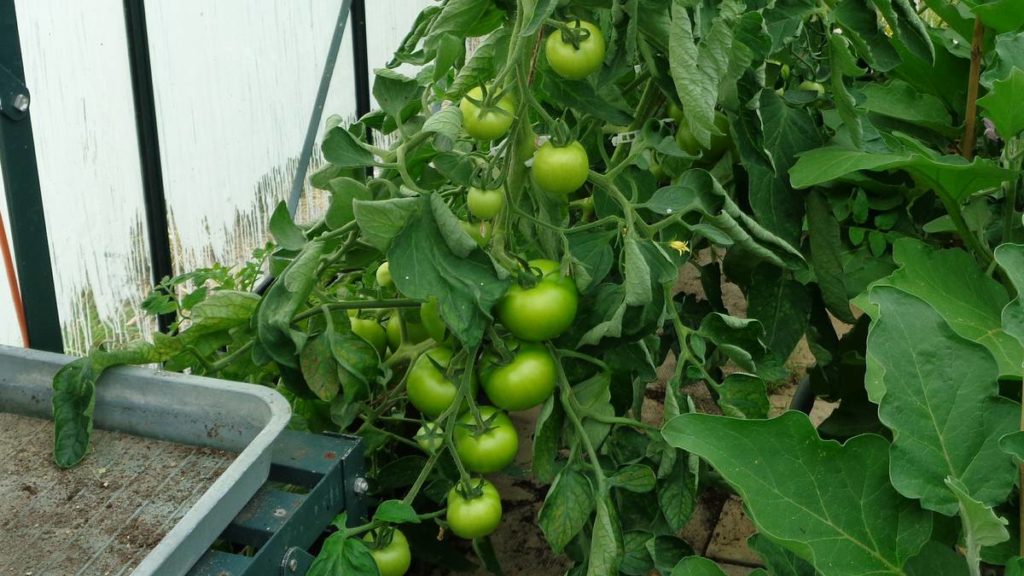 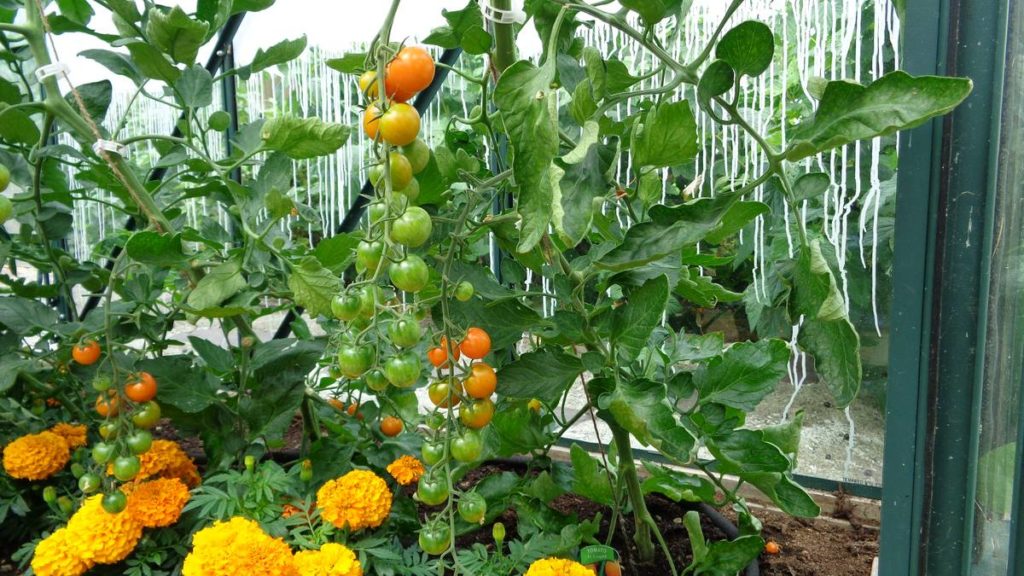 Sungold Tomatoes and Marigolds – they are supposed to deter whitefly 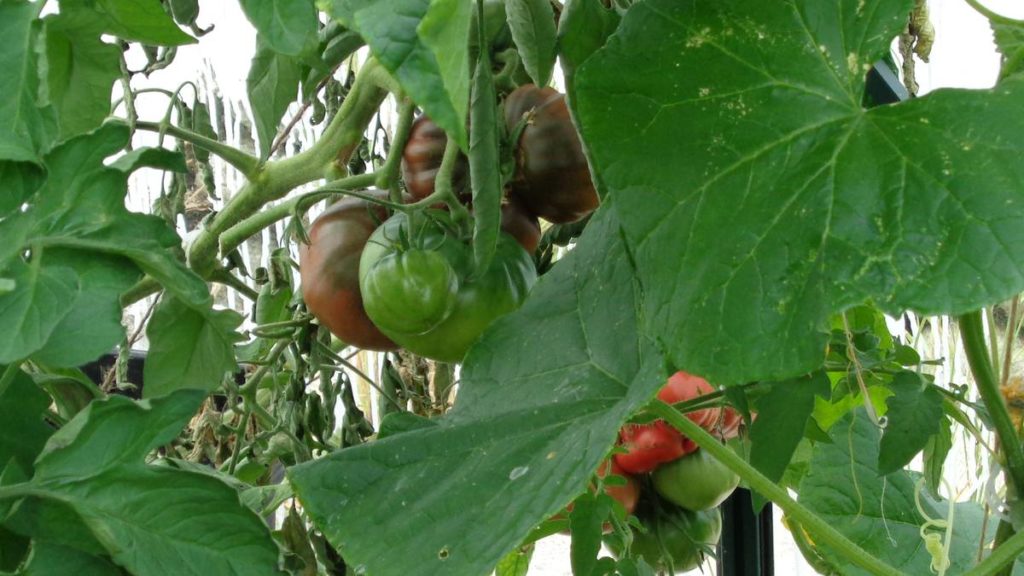 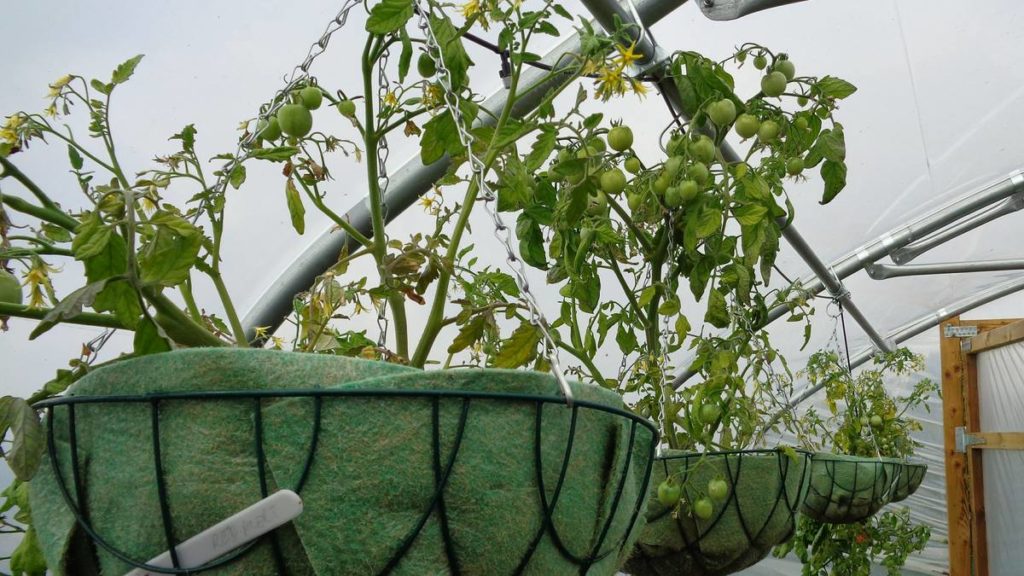 Hanging Basket Tomatoes in the Polytunnel

I’m going to have to stop the Sungold tomatoes and one of the Black Russians as they’re hitting the roof now! 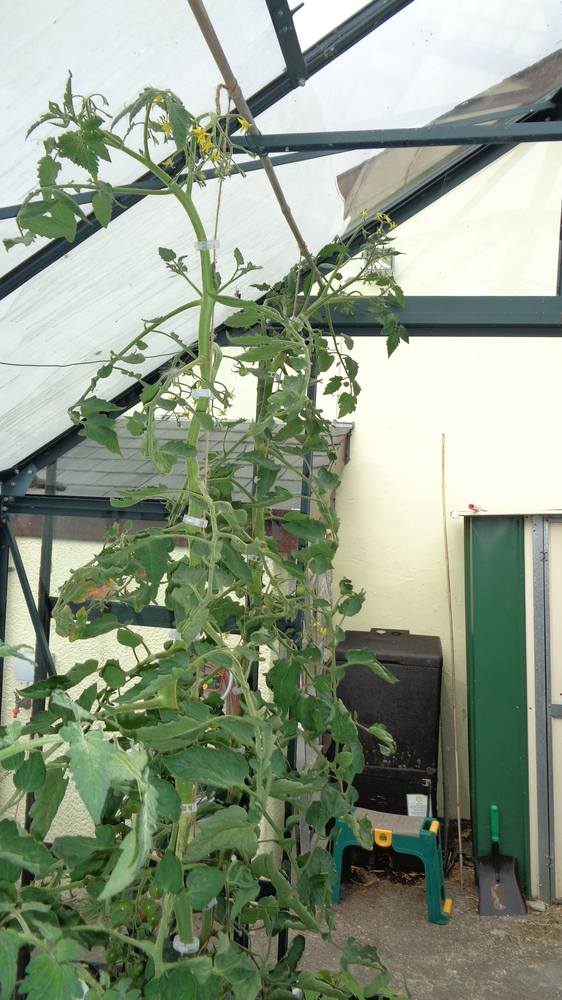 6 comments on “In the Greenhouse & Polytunnel”

Leave a Comment Here on In the Greenhouse & Polytunnel Cancel reply