This year is proving challenging to say the least. We don’t know where we stand with the weather and neither do the plants. I’d worked out a sowing plan based on the normal weather patterns for here but they went out of the window early on. Still, that’s gardening.

We’re not the only ones affected by unusual weather. I follow a Youtube channel from a British small farmer in Sweden. Part of his enterprise is a market garden and to ensure he has enough water he’s dug some large ponds to supply his water needs. Well, they’re having the driest spring in over 100 years there and his water supply is nearly exhausted.

It’s easy to forget that this climate change stuff affects the world not just us. If farm production is reduced in foreign lands it can pretty soon be reflected on our supermarket shelves.

Remember the panic about shops not having courgettes in January a few years back because of unusual cold weather in Spain? I thought that was a bit silly and hyped to say the least but if something was to hit a staple like grain production we could be in a much more serious position. A pretty good reason for growing your own in my book. 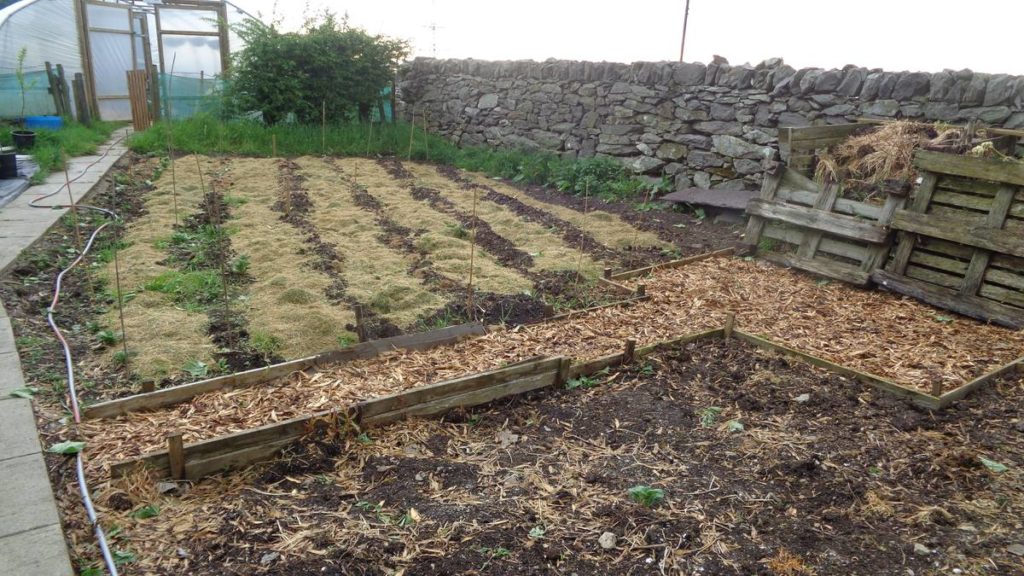 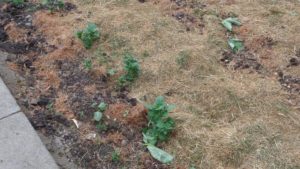 My original plan was to plant out the potatoes in mid-March as our climate is generally mild, if wet. That moved to early April but the weather intervened again and they finally went into the ground in the first two weeks of May! They’re only just showing now.

Having experimented with growing under straw last year, I’m back to the usual method of planting in the soil. I’ve used grass clippings as a mulch between the rows and the first cut off the comfrey patch has been added on top to add extra potash.

When you grow a number of varieties it’s easy to get muddled up as to what is where so I pop short bamboo canes in to mark the rows and make a little plan of what is where. I just hope we don’t lose too much to blight in late summer. At least the Sarpo varieties (Mira, Blue Danube, Kifli) are pretty resistant. Orla has a bit of resistance and the rest are earlies that should be up before the blight season starts. 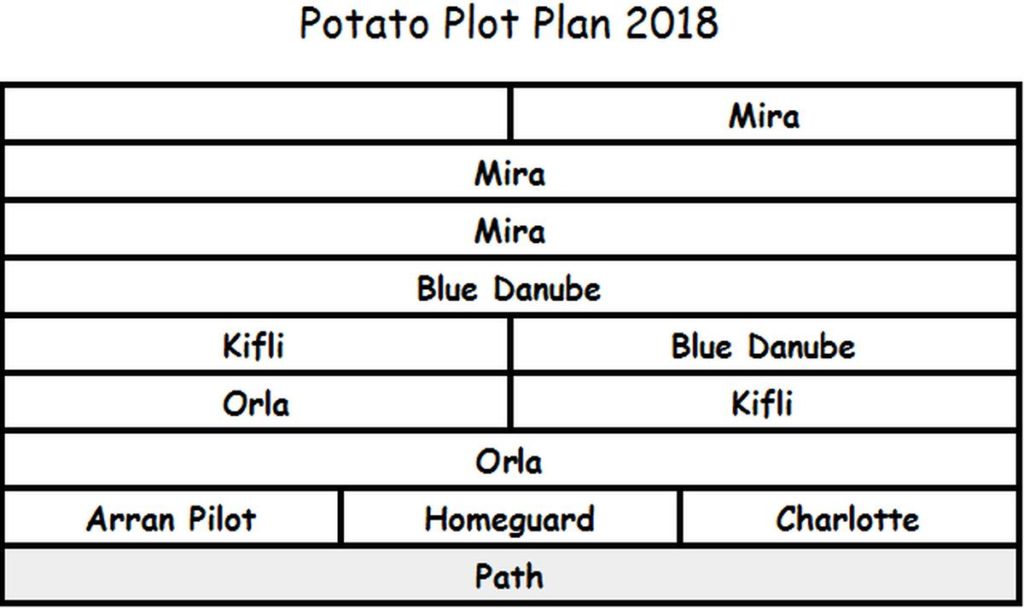 Dividing the walled plot I’ve a path and working area in front of the compost heaps covered in bark peelings. That’s been sorted out after the hens decided the best thing to do was to scratch it up and scatter it across the plot. They can be very helpful in cleaning a veg plot but they can also be a pain in the neck. Oh well, they’re friendly little things and we have lovely fresh eggs every day.

Where have all the peas gone? 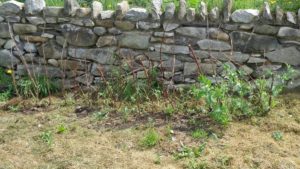 I’d put some early peas in on a bit of land below the chicken run. It was an experiment with starting them in half-sized seed trays under cover and then planting out. That was a bit of a failure in the I had to take them off heat early thinking the un-germinated would just be a little slower but they didn’t come at all.

Then, because of the weather, they stayed too long in trays and the roots had formed a tight mat. I still planted them but wasn’t expecting too much.
So, the next thing was over half the row had gone, just stalk skeletons left. My first thought was the blasted slugs and snails but I realised the hens had got out of the main run and eaten them. Eggs are nice but I would have liked the peas as well 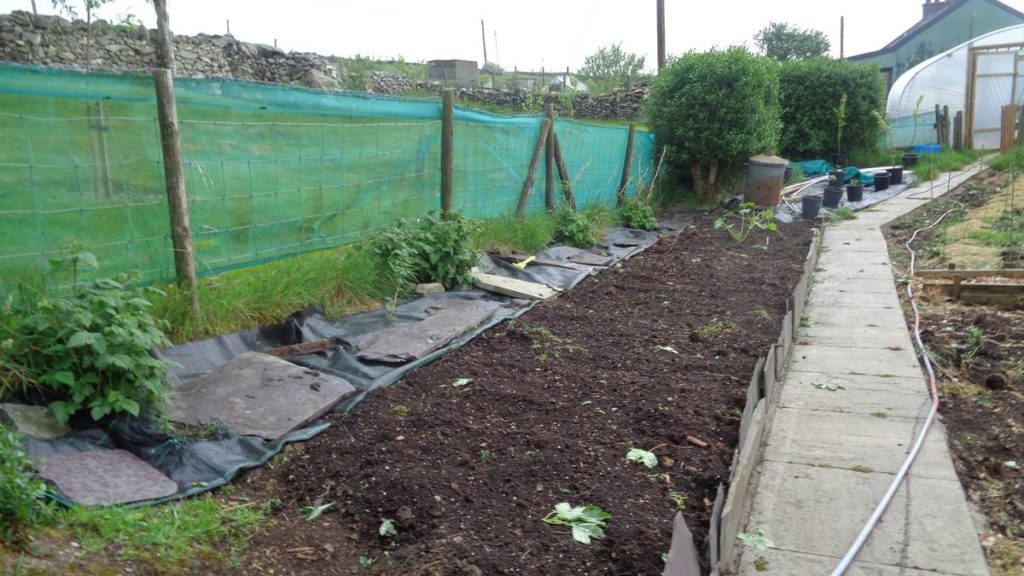 Over in the walled veg plot I’ve got a new bed going. By the windbreak fence there are some loganberries and tayberries with weed matting under but that left a strip to the path.

It was forked over to just break up the soil and then spent compost from last year’s flower pots etc. put on top to level things up. I think the compost will go down into soil and improve it over the season. The plan for it is some courgettes, bush tomatoes and some salad leaves. Possibly some dwarf French beans too.