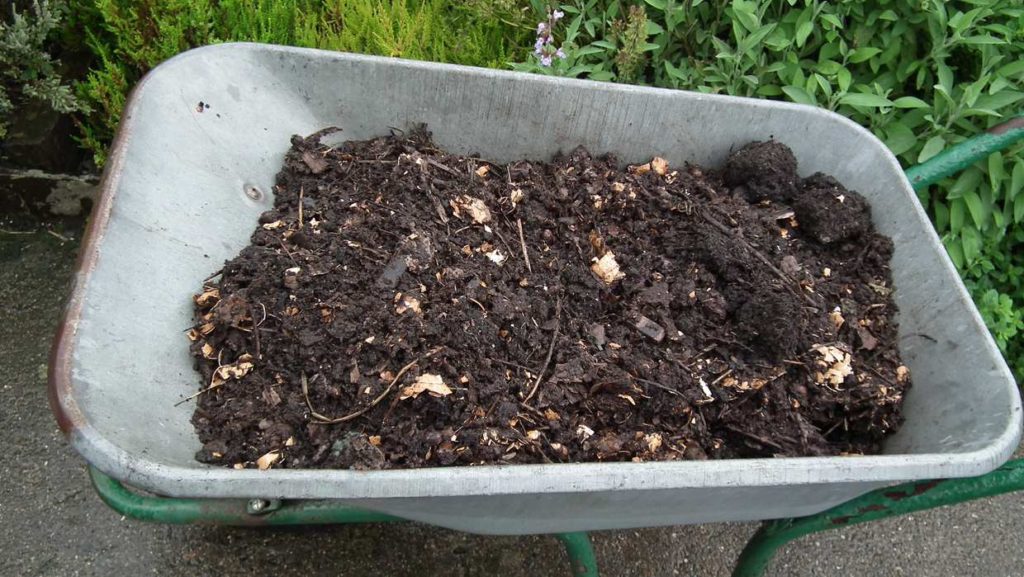 Barrow Load of Compost, Fresh from my Hotbin

The weather has been a bit Welsh summer, cool and drizzling which is just as well as I’ve had to spend some time inside working. I just love doing the accounts for the taxman, as you can imagine. The only thing worse than doing the accounts, is doing the accounts when the sun is shining and the great outdoors demanding you come and play.

I did get a bit of time outside between showers and realised my Hotbin compost maker was getting full so removed a wheelbarrow load from the base. It’s lovely material, rich and dark.  Full of worms, too. Hard to believe it was kitchen waste and weeds just a few weeks ago.

The only thing that comes through recognisable is eggshell. We do scrunch them up but I’m told I should dry them and grind them to powder before adding them to the compost. I’m afraid that I have better things to do than that! They’ll be gone in six months anyway. 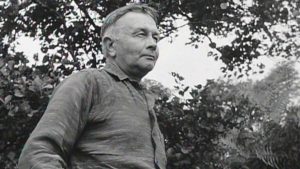 Once in a blue moon you come across something really special. I noticed a documentary on the BBC 4 web site archive called Borrowed Pasture about two Polish ex-soldiers who took on a derelict farm in Carmarthenshire shortly after the war. I thought it sounded interesting but had no idea what a jewel I was going to discover.

For a start it was narrated by Richard Burton. I think he could have read the phone book and people would enjoy those rich, deep tones. However, this was not the phone book – written and directed by John Ormond who was a noted Welsh poet it’s sheer poetry both visually and in the writing. It puts my meagre, pedestrian efforts to shame. This is the opening that sets the scene.

This is a simple story of two men who came upon a stubborn piece of land that had lain neglected for a generation. Here in despair but hoping in their hands, they worked together and as best they could borrowed rough pasture from the alien ground and water and coaxed small comfort from decrepitude.

If you get chance, you won’t regret watching it and I hope it gives you as much pleasure as it did me.

Tomatoes to the Top 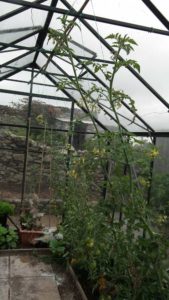 Top Tomatoes in the Greenhouse

Back on my bit of ‘borrowed pasture’, for all land is borrowed despite our pretensions of owning it, the tomatoes are nearly to the top of their strings. Surprised that the Ailsa Craig has won the race, my money was on the Sungold. The stem is nearly 2 metres long!

I’ll start pinching out as they hit the top or by the end of the month in any case as I want ripe tomatoes not trusses of undeveloped green ones. Seems odd to think that we’ve not a lot of time left for them to develop despite summer hardly having started.

We always seem to get a good September here, often it’s the best month but October and beyond are in the lap of the gods. I have had tomatoes go through to mid-November but it’s not wise to bank on that.

The only thing about pinching out tomatoes is that they react by trying to produce a new leader and go mad with sideshoots. It’s important to keep on top of them, pinching out the sideshoots as soon as you spot them so the plant’s energy all goes into the trusses of fruit.