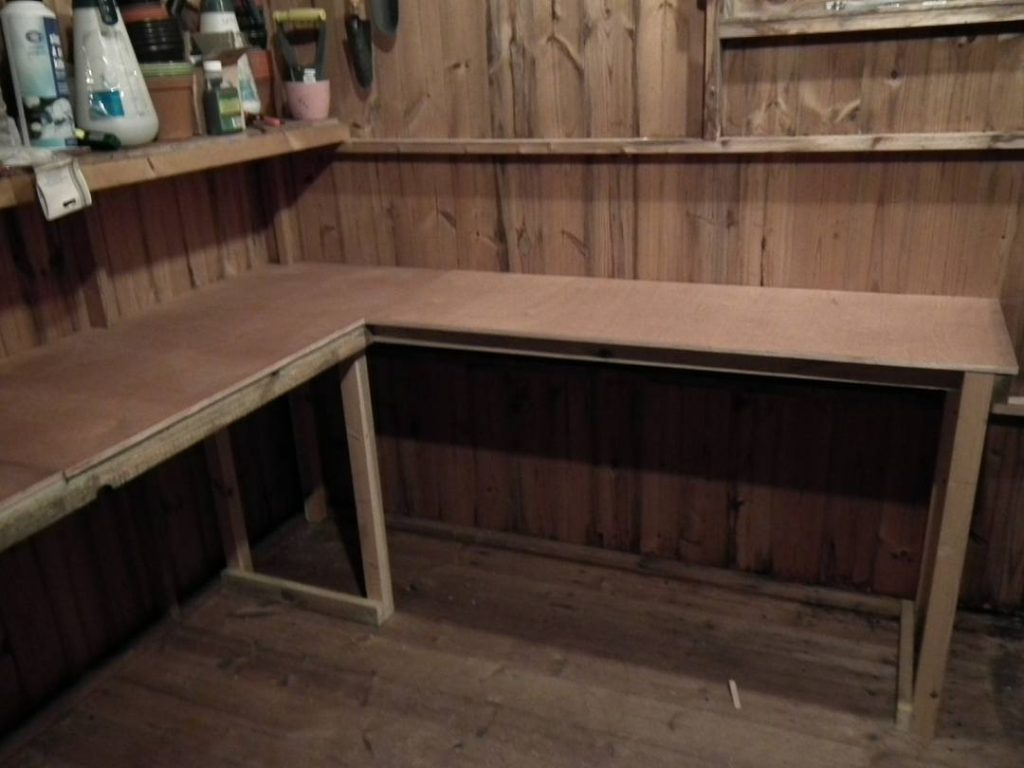 Finished Benching in the Potting Shed. It will probably never look so empty ever again!

Having got power into the potting shed, the next job was to fit the benching. For the top I’m using 12mm marine ply which is surprisingly heavy and very strong. To support I’ve used 2×2 for support legs and 2×1 stretchers across.

I thought about fixing directly to the shed side but I don’t want to start screwing loads of holes through the wall which could possibly start rot in years to come.

As these jobs go, it was pretty straightforward and simple. Just a matter of sawing wood to size and screwing it together. Fitting the tops was easy enough – I treated myself to a nailer / stapler from Screwfix which makes very quick work of pinning the tops down onto the frame. 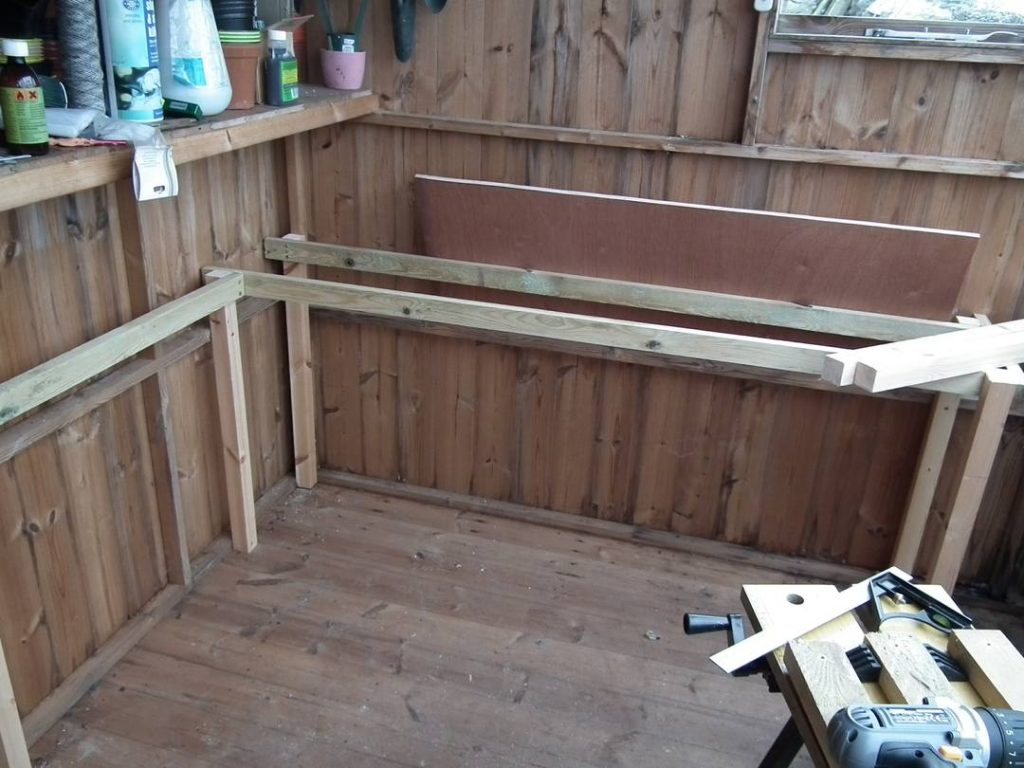 I didn’t buy the nail gun just for this job, it’s got more than enough other jobs to come to earn its money. For a start it’s very efficient when putting up plywood cladding to a frame. No more bent nails and bashed fingers.

In terms of cost, this benching has set me back roughly £40. If you’re buying timber or other building materials, check out the builders merchants. Usually a lot cheaper than the big DIY sheds and the staff tend to be more helpful too, so long as you don’t turn up at the opening rush when the trade guys are picking up for the day’s work.

The biggest problem with both putting the power in and the benching has been moving around all the stuff that’s filling the shed. It would have helped if I could have taken it outside whilst I worked but that’s hardly possible in December weather.

Once finished and the sawdust swept up, radio and heater plugged in it was time to sit in my chair and relax with a cuppa in my luxury man cave, as my neighbour calls it. Not a bad description really.

Tomorrow I’ll get things tidied up and set up the electric propagators. Unfortunately I won’t be able to test them out until the evening as they’re switching the power off around us for maintenance tomorrow.

That means a day with no computers or hot water on tap. Hopefully the sky won’t be too dark tomorrow so I’ll be able to read. The freezers have been put on super-freeze all night so they’ll start the power cut very cold.