Decided on a Polytunnel 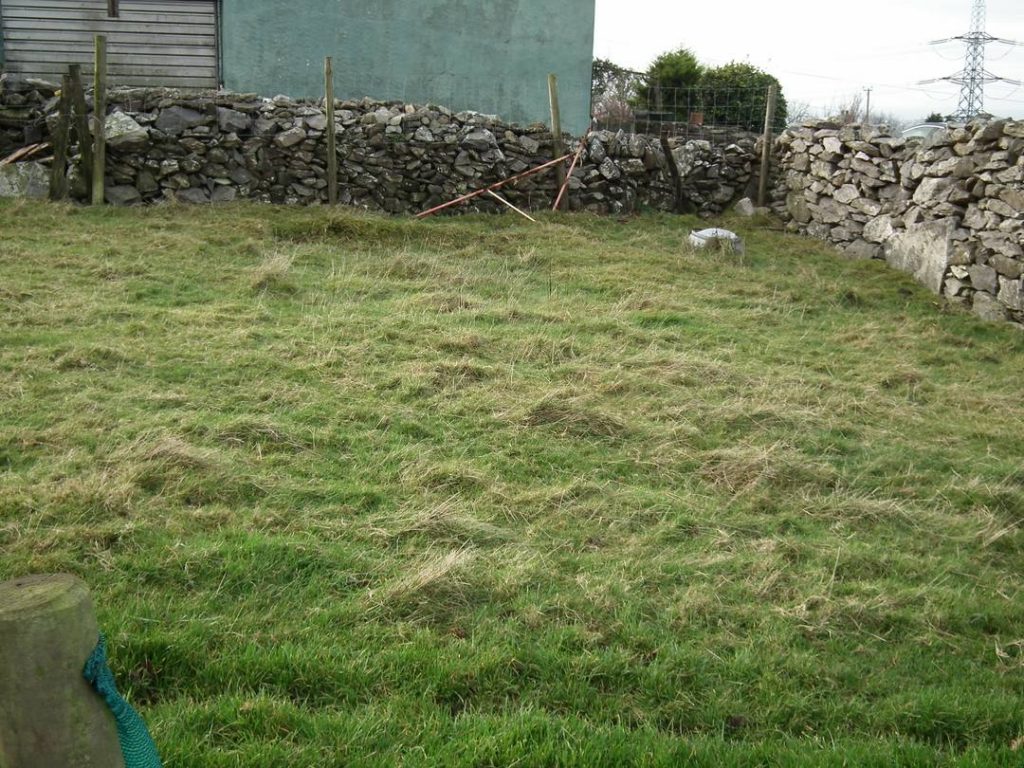 The grassy patch where the polytunnel will be going very shortly.

Where we are now, between the sea and the edge of Snowdonia, gives some gardening challenges to say the least in addition to poor stony soil.

The wind can be wickedly strong, ripping sweetcorn from the ground and blowing over the best constructed runner bean frame. The windbreak trees I’ve planted will help but they’ll take years to mature and even then the conditions won’t be ideal.

Then there’s the rain. Our weather comes in from the Atlantic to the west where the air picks up moisture from the sea and dumps this as rain as it hits the high ground. Coping with low rainfall is challenging but high rainfall is worse. You can’t get much done when it’s pouring down.

Our height, 210 metres above sea level, adds another problem. We’re between 2 and 3 degrees cooler than they are down in the lowlands. Add in the windchill factor and that makes it surprisingly colder at times.

The Answer – A Polytunnel

When you list the problems like that the answer is obvious, grow under cover. Warmer, protected from the wind and rain I can get out whatever the weather. I’ve got a greenhouse and the solar shed but I want a fair bit more space to play in than they afford.

The lowest cost cover per square metre comes from a polytunnel, so the answer is obvious. The winds we get here were a big concern but I’m assured a properly built polytunnel will survive those winds. One of our neighbours has a large tunnel in their front field that’s lasted 5 years

I’ve spent quite a bit of time researching polytunnels over the last month, making loads of notes as I go. Watch out for a series of articles to help others looking to get a polytunnel in the near future.

One of the things I’ve found is that the economics are such that a basic small tunnel, say 14′ x 20′ might have a cost around £700 but doubling the size to 14′ x 40′ only increases the cost to around £1000. So it makes sense to go for as large a tunnel (within reason) as you have space for.

Where to Put the Polytunnel?

Now we’re really fortunate to have 3 acres of land here but a polytunnel is best placed on flat, level land and most of ours is sloping. At a pinch you can run them up and down a shallow slope, but it’s not ideal. And they really need to be level from side to side.

This effectively leaves me with a patch onto which I can fit a 16′ wide by 24′ long tunnel. That’s 384 square feet of covered growing space! I’ll be able to get a really good crop of strawberries whatever the weather, masses of plum tomatoes and super-early (and late) crops like beans.

Polytunnel on its Way!

The really exciting news, at least for me, is that the tunnel is on its way from First Tunnels and, all being well, construction begins on Tuesday. The weather predictions aren’t brilliant but at least there are no high winds and storms due. The ideal weather would be warm and dry with no wind, rare indeed around here.

I feel like a kid a few days before Christmas… except my Christmas is coming on Tuesday.

Leave a Comment Here on Decided on a Polytunnel Cancel reply