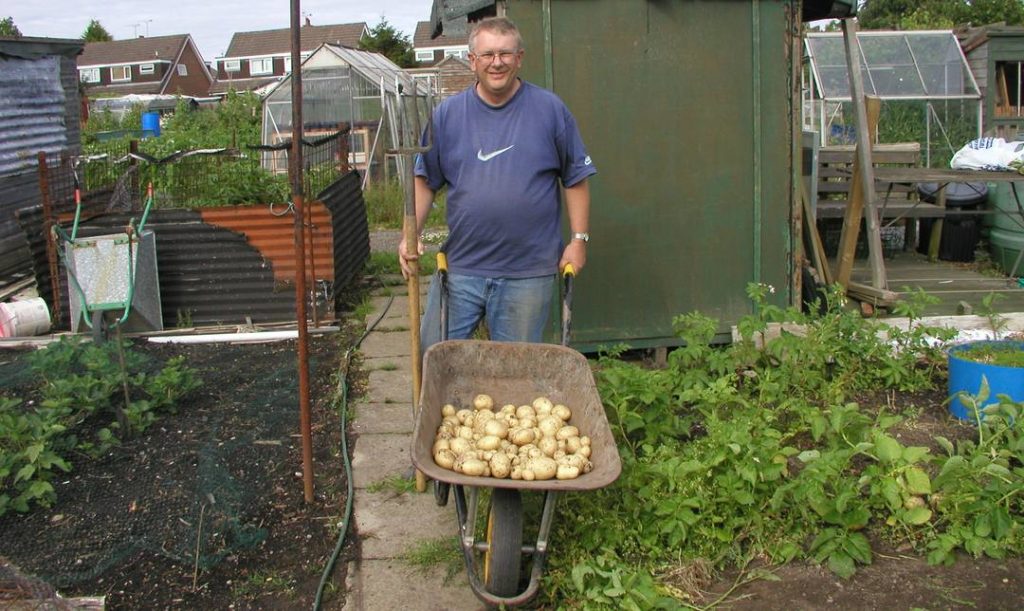 Am I crazy to grow my own?

Having just finished our competition where people told us why they ‘grow your own’ I was browsing and I read on the low impact org web site that: “Having an allotment and growing veg is irrational. It’s much easier to work for a wage, and then buy your fruit and veg from a supermarket – that’s by far the cheapest option, involving the least work.”

I must admit to being biased on the subject of growing your own but that had me shouting at the screen!

OK, it makes sense superficially for an economist and ignores all the social and health benefits that allotments and growing your own offer to us. But let’s look at it from the point of view of the majority of the population.

To get a wage you need a job!

A wage involves having a job. To many people that’s just not possible and even if it were the sort of job they can get offers nothing beyond monetary compensation for their time. As you get older you appreciate time is one resource that is limited and in short supply.

There’s no fulfilment in most jobs and those at the base of the pecking order are usually the worst. Operated under zero hour contracts with the constant threat of removal of work. Called in to suit others with precious little freedom to decide when you want or are free to work.

Is growing work or pleasure?

The ‘work’ of growing is more of a pleasure than a chore. I’ve had some pretty rotten jobs over the years – some well paid some not. I needed the money because you can’t pay the rent or the mortgage any other way. Shovelling a pile of horse muck may not be glamorous but it beats a lot of those jobs I had.

So, would you rather spend 200 hours a year of your life doing something that challenges the mind, refreshes the spirit and exercises the body or waste 100 hours doing some repetitive, boring tasks for a faceless company so that you can go and buy your vegetables from a giant multi-national corporation who will pass on a small portion of the price to the farmer who actually grew the product.

With British grown vegetables that farmer manages to supply the supermarkets only by using cheap labour usually from eastern Europe. Often this labour force is treated in a way that is tantamount to slavery, run by gangmasters some of whom are little more than gangsters.

The vegetables themselves are hardly comparable. Pumped up by high chemical inputs, sprayed with a cocktail of pesticides and shopped for, at best, hundreds of miles from where they were grown versus ultra-fresh, home-grown grown but yards away.

I’d love to see your comments.

3 comments on “Are Allotment Growers Irrational?”