What a day! I thought I’d make an early start and head off to get some grow-bags from the DIY in Bangor. Fed the cats, made a cuppa and then looked out of the window to see some sheep about to dine on Val’s flower garden.

I’m used to coping with slugs and pigeons but sheep are a new one to me. I don’t think I’ve a career as a sheepdog, whatever way I try to chase them they go the other. After half an hour of pointless chasing around in my dressing gown, telephoned the farmer who eventually showed up with his dog. The dog had them back in their field in 2 minutes flat.

Even worse than Val’s flowers, the sheep had headed for the salad bar as they call my brassicas in pots. Most of the calabrese are gone as are the sprouts. Perhaps a new career as a blues singer.. or probably not.

At one time you could get large pots that held cut flowers for pennies from Morrison’s but they’ve changed their system so no longer. I looked in B&Q whilst buying the grow bags but they wanted nearly £3.00 for an equivalent large plant pot. So to Home Bargains where decorative planters were £1.98. They hold more than an 8″ pot so good value. Managed to pick up some sprout plants from a nursery and headed home.

I’d bought some large, re-usable ‘grow bags’ from Ebay (only to find them cheaper in Wilkinsons the next day). They take nearly 100 litres of compost and looked ideal for plum tomatoes. Trouble is the bag sags and the compost falls out. Well I’ve got them so used some wood and angle brackets to construct a box which holds it together. The box costs more than the bags but there you go.

I’m using a standard multi-purpose compost with 500 grams of Nutrimate (thanks Medwyn) added per 100 litres. Mixing it in evenly takes a while and I found myself wishing for a cement mixer like all the show growers use to mix their planting media.

The grow bags were the cheap ones, if you can call £1.58 each cheap from B&Q. They only contain 27 litres so I’m doubling them up. From the bottom one, cut out a panel, break up the compost, add some Nutrimate and then water well. Punch some holes about half way up the bag in the side for drainage.

Next, cut an equivalent panel out from the top bag and then flip the top bag onto the bottom so the holes match. Next cut circles in the top of the top bag and insert pots with the base cut out. Add some more Nutrimate and water well. They’re now ready to plant up.

I’d taken a few hours out to help with the flower and herb garden Val’s creating next to the house. Just to add to the things going wrong theme, my strimmer has developed a problem, a bit like a slipping clutch. The engine runs, the line whizzes round but then slows and stops when it hits the resistance of the grass. Another thing to fiddle with.

Having carted sacks of compost and grow-bags around, my sciatica returned with a vengeance. Feels like my left heel is burning so time to pack in. As I’m closing up the greenhouse, I had that ‘being watched’ feeling an looked around to see the most beautiful peacock standing there. He lives down the road and is quite tame, but this is the first time he’s visited us. At least he wasn’t eating my brassicas! 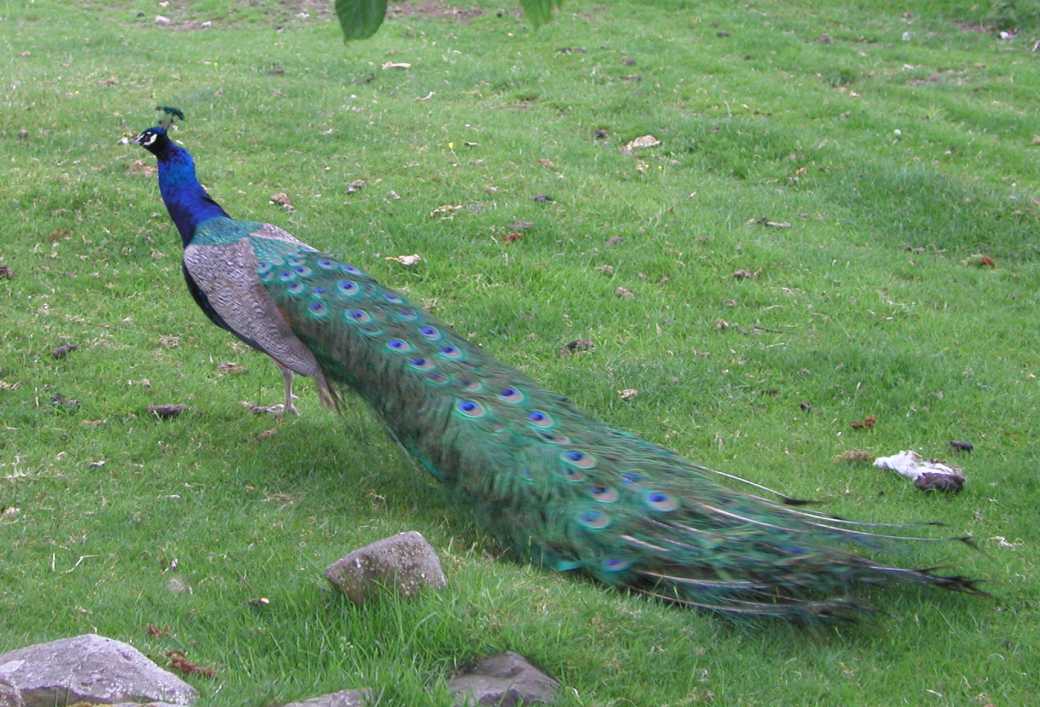 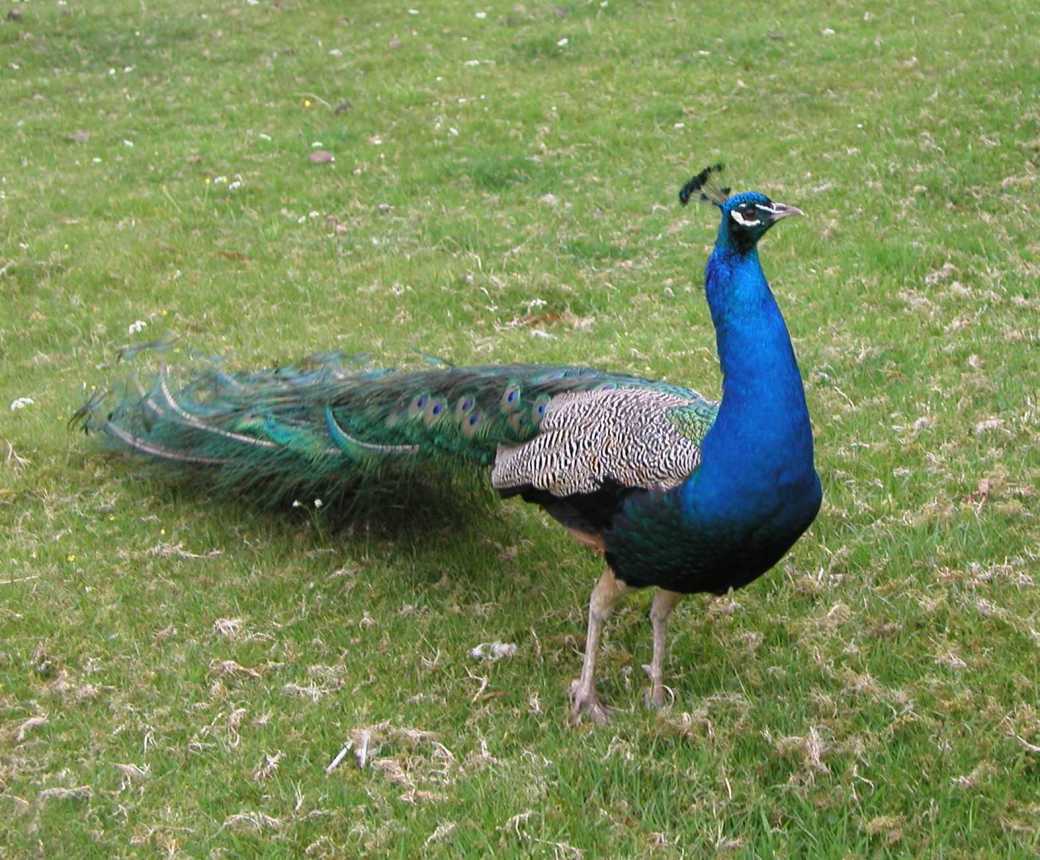 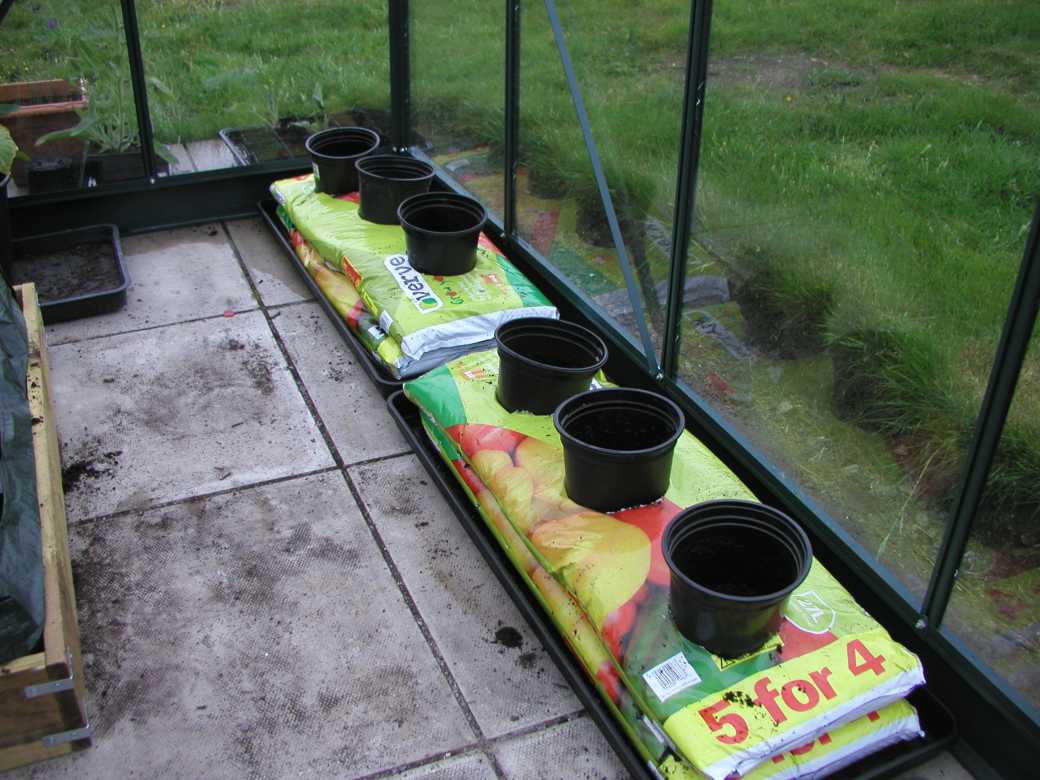 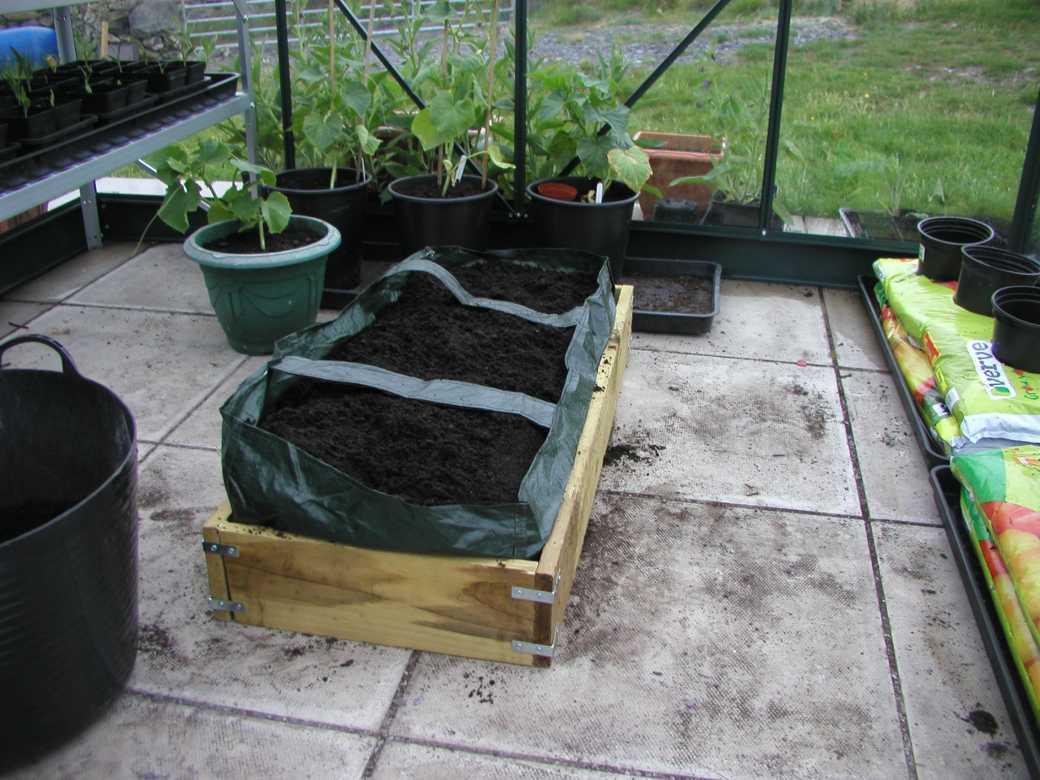