One of the benefits of being where we are is that we’re only half an hour away from Anglesey, home of Medwyn Williams MBE.  If the name doesn’t mean anything, he’s the chap with more RHS Chelsea gold medals than you can shake a stick at with his exhibition displays of vegetables. 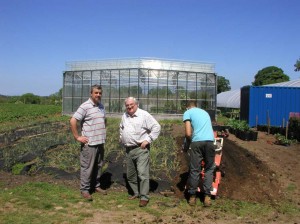 His company, Medwyns of Anglesey, which he runs with his son Alwyn, supplies seeds, plants and horticultural sundries to the top show growers. He didn’t exhibit himself at Chelsea this year but a little bird told me that a few displays down there this year contained plants grown to order by him.

A lot of people think show growing is about big plants, but that’s not true. It’s about producing perfect specimens to a laid down specification. They aim to get the most out of a plant whether it be a leek or a carrot.

Now quite frankly, I think the top growers are all slightly mad. The huge effort and expense that goes into winning the top shows is out of all proportion to the reward. Well it’s like putting in the effort of an Olympic athlete to win the parent’s egg and spoon race at a school open day. But then again, I’ve never quite understood why people risk their lives to climb Everest!

However, having the opportunity to look around Medwyn’s was not to be missed. I’m only growing for the table (like most allotmenteers) but there’s a lot of useful tips you can pick up from a top grower.

Medwyn used to rent some land and some greenhouse space at the University of Bangor but a few years ago he purchased 6 acres of prime agricultural land as a base. The first thing that hits you is his greenhouse. Of course it’s large but what makes it stand out is that the entire roof opens up. Now that’s ventilation! Despite it being a hot day, you could hardly breathe in the massive polytunnel, it was pleasant in the greenhouse.

The show vegetables are all grown in containers, mainly constructed from link-a-bord but also some improvised from wheelie bins and various pipes etc. His long carrots are in white-painted tall barrels, apparently the original grey colour was absorbing too much heat but what matters is the compost in which they’re grown.

Alwyn told me they had records going back to his grandfather of the various compost mixes and so forth, which means they can always step back if something fails. One modern addition to the compost mixes which is really successful is Nutrimate.

Nutrimate isn’t a fertiliser, it’s an organic combination of Humic and Fulvic acids that are naturally occurring elements that improve the way nutrients and the plants work. The Humic acids lock the nutrition into the compost or soil, preventing leaching and the Fulvic acids enables better uptake by the plants. I’ve a 10 kg tub and will certainly be using it.

He also gave me a bottle of liquid gold as they call their foliar feed for my potatoes. Now here’s something useful I learned – when applying a foliar feed, spray the underside of the plants rather than the sun facing tops of the leaves as they have more stomata there, so getting better absorption. 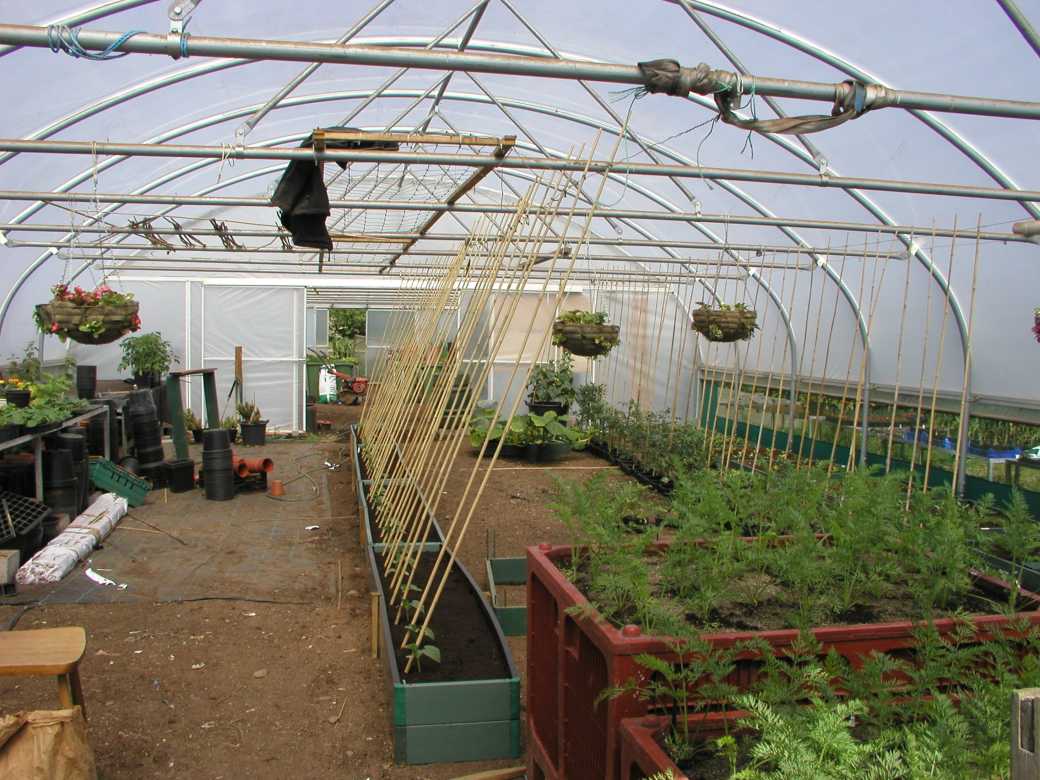 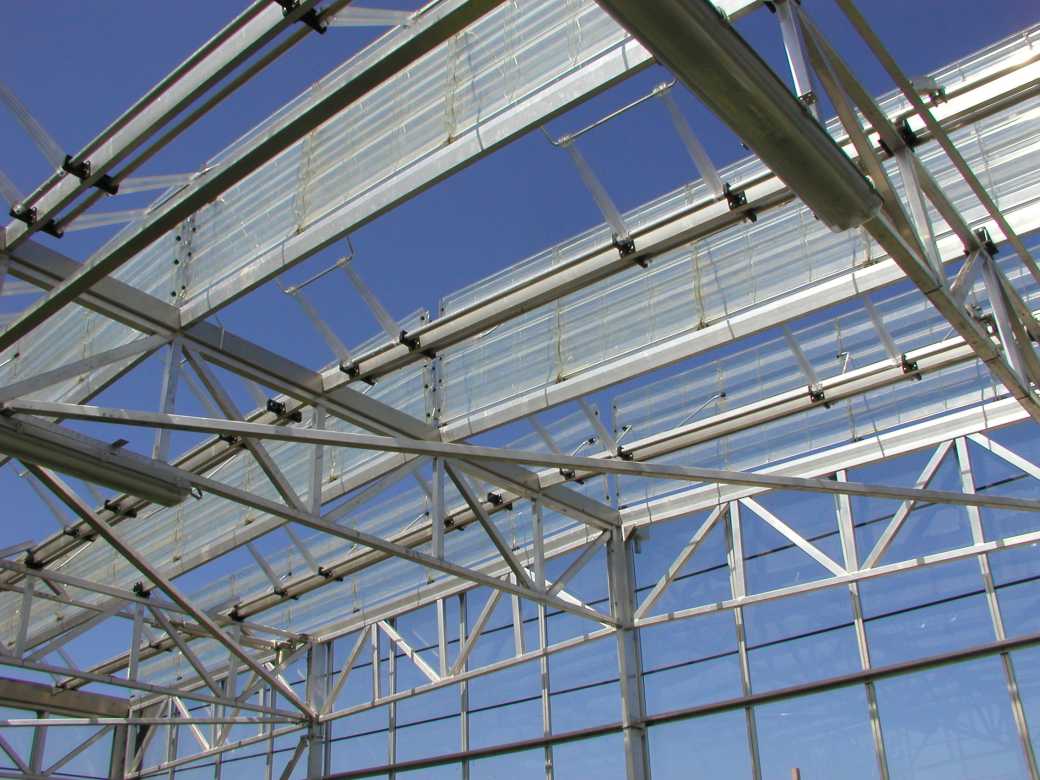 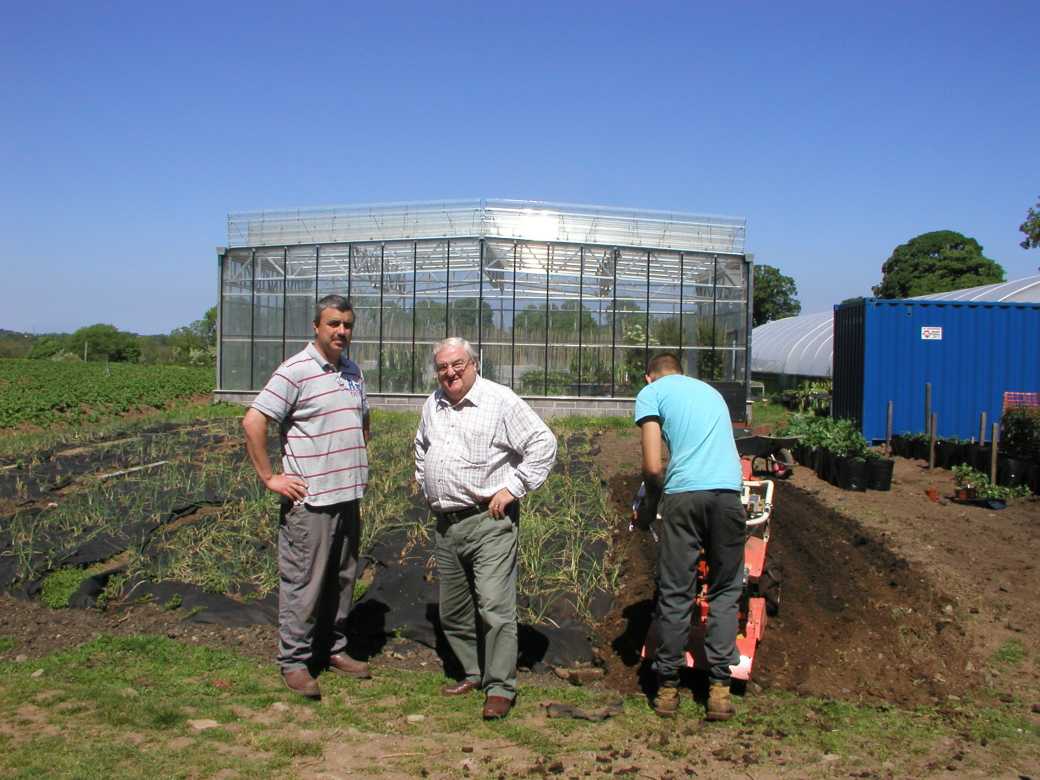 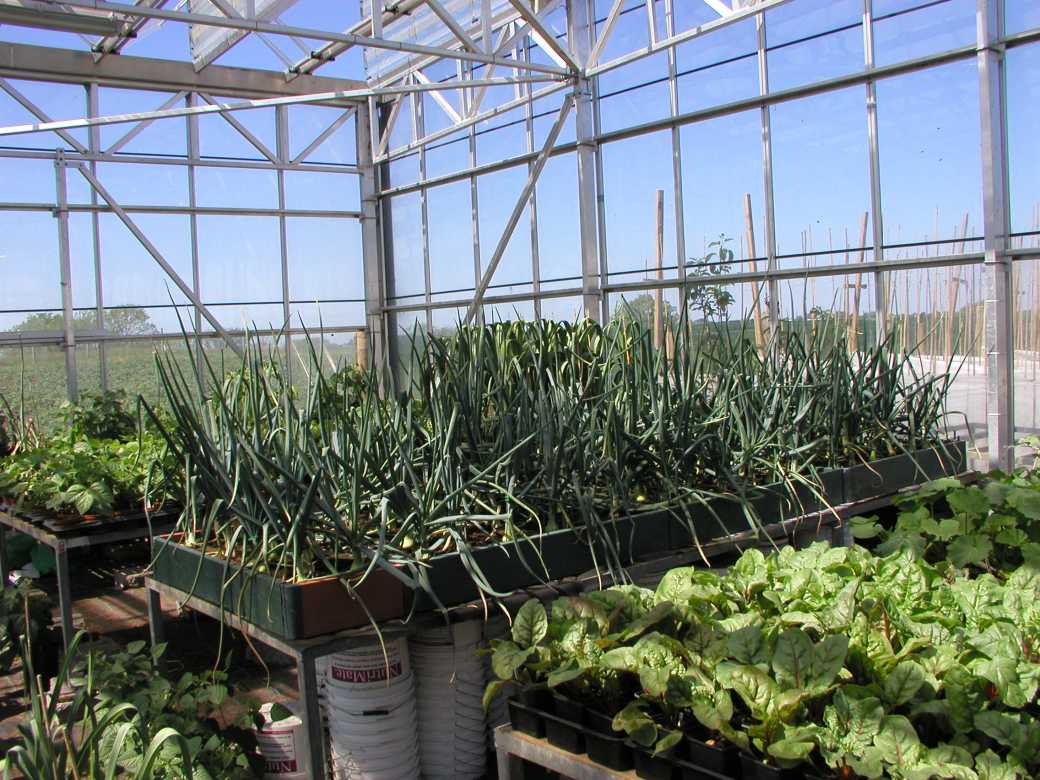 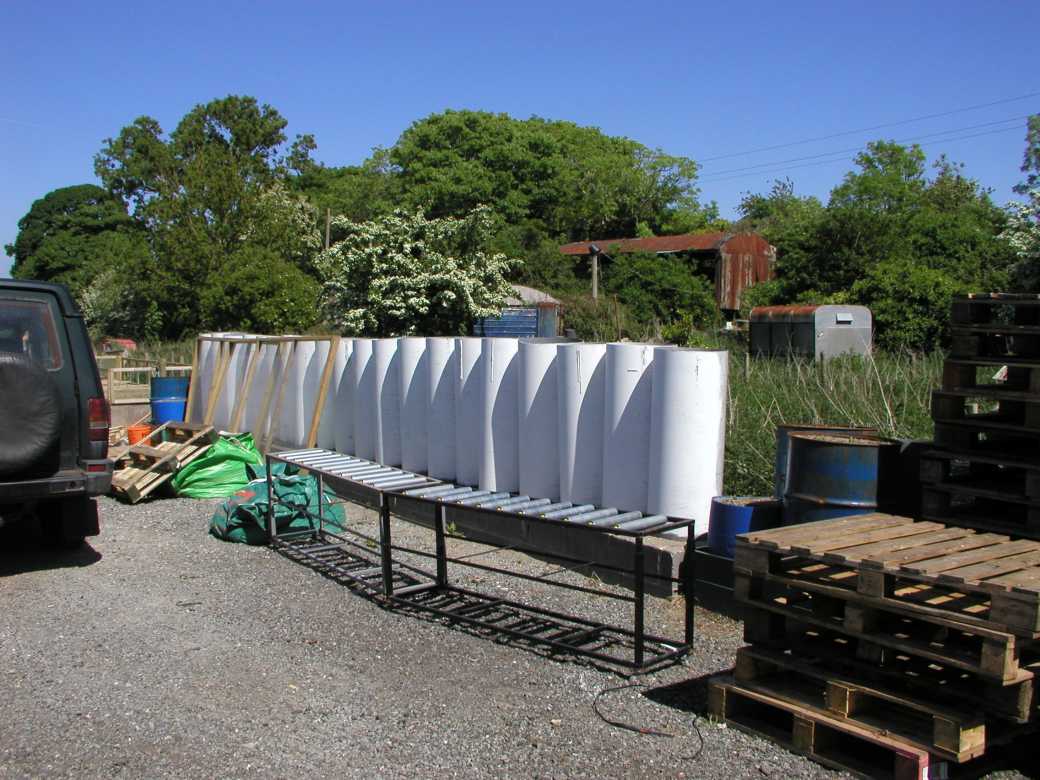 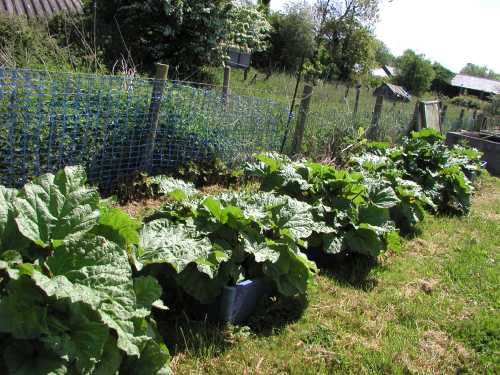 3 comments on “Visit to Medwyn Williams”