We headed off to the NAC at Stoneleigh Park in Warwickshire for the Pig & Poultry Fair where we met up with some forum members off the site. It’s funny how you can talk to someone and feel you’ve known them for years and years when it’s actually the first time you’ve met in the flesh.

Ann Clarke  (Grannie Annie) was there with husband Brian, Joyfull and partner Jimbo and Janet12000. Sadly we missed Ohsocute who had been there but had left with a slipped disc for home.

Ann had brought us some oven-ready chickens for our freezer. For all the wonderful, scientific equipment we were about to see at the exhibition, the quality of her birds raised naturally without cruelty stands head and shoulders above the supermarket offerings raised with the mechanised systems.

Now this wasn’t a show aimed at the public, it was firmly aimed at farmers. No sweet little chicks or cute rare-breed pigs here. With a few notable exceptions, this was agri-business in the raw.

There were some livestock suppliers to be found but they’d usually got the word genetics in their name. The name of the game seems to be greater weight in less time or more piglets per sow. All very ‘Brave New World’.

Joyfull was telling me over a coffee how she felt hens should have a minimum of a square metre run space and preferably two. The cage suppliers disagreed. I looked at one Dutch supplier’s offering of an automated system compliant with the new EU regulations and felt it barely offered enough room for one hen per cage. Apparently it was supposed to house 5 per cage.

My pal Richard at Down The Lane has just taken on some ex-battery hens and sent me some photographs of them. I was going to put one on here to illustrate what a state the poor creatures end up in but I don’t know. They’re upsetting to say the least and, in a way, obscene. That we (humans) can keep any animal in this condition degrades us.

With the hens destined for the table they’re kept in huge barns as you might know.

One machine I looked at was like a huge go-kart with a sort of rubber spiked roller brush at the front. Apparently a more efficient way of picking up a large number of hens from the broiler house. I got the camera out but a rep on the stand started towards me and he wasn’t smiling. I’ve been a salesman in my time, but I’ve never sold something I was so ashamed of I didn’t want publicity.

I know the British farming industry is not the most lucrative and the only way the farmers can compete is through efficiency but looking around this show really brought home the true cost of the meat we put on the table.

It wasn’t all doom and horror – apparently the growth market in eggs is firmly in the free-range sector, which is good. Although I do wonder about how natural it is to be keeping hens in units of 10,000!

The crazy thing is that we in Britain have relatively high standards for animal welfare and intend to further tighten the regulations. Yet as we’re in the EU there is no barrier to importing meat from countries where those regulations do not apply. This puts our farmers at a severe economic disadvantage.

It’s not just the poultry business, of course. The pig business is going the same way. There was one very small stand in a lobby warning of the way things are going. The huge American hog farmer corporations are moving into Poland, which is in the EU.

10,000 hens in a shed is pretty horrific but 10,000 pigs is barely comprehensible. The conditions are horrific and the environmental consequences are pretty awful as well.

Rather than me try to explain, take a look at the Pig Business web site and the videos (for free). If it doesn’t scare you, well you’re a braver person than me. 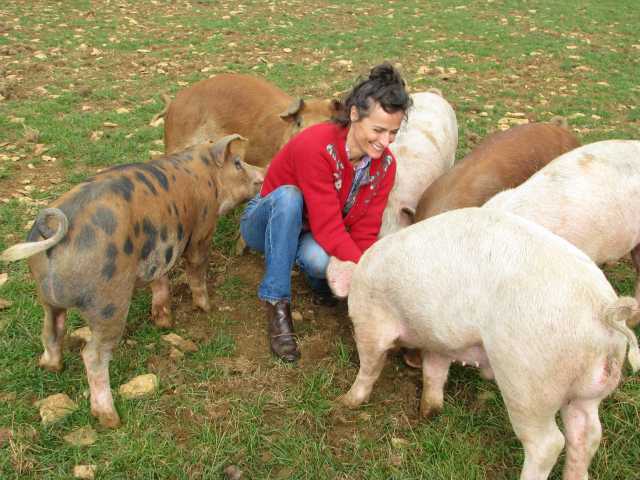 How Pig Farming Should Be 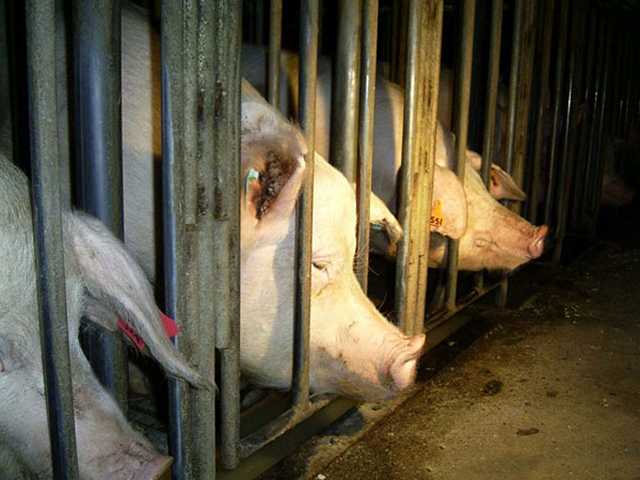 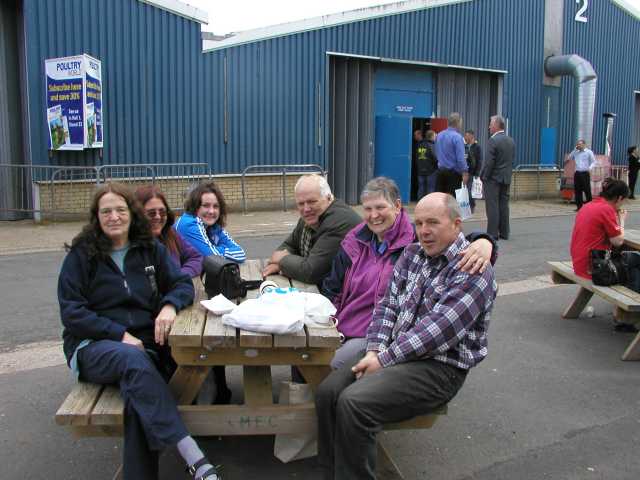