Summer may have had a last gasp but autumn is near. Leaves are starting to fall already. Astronomical autumn starts on the Equinox which is the 22nd September this year. I took a stroll around the plots armed with my camera. It’s been a strange year in many ways but productive and satisfying.

The Cobra climbing beans in the polytunnel continue to crop prolifically and the runner beans outside are starting to produce well too. I went over the Cobra three times one day, surely there couldn’t be any beans left! Next day I found these. 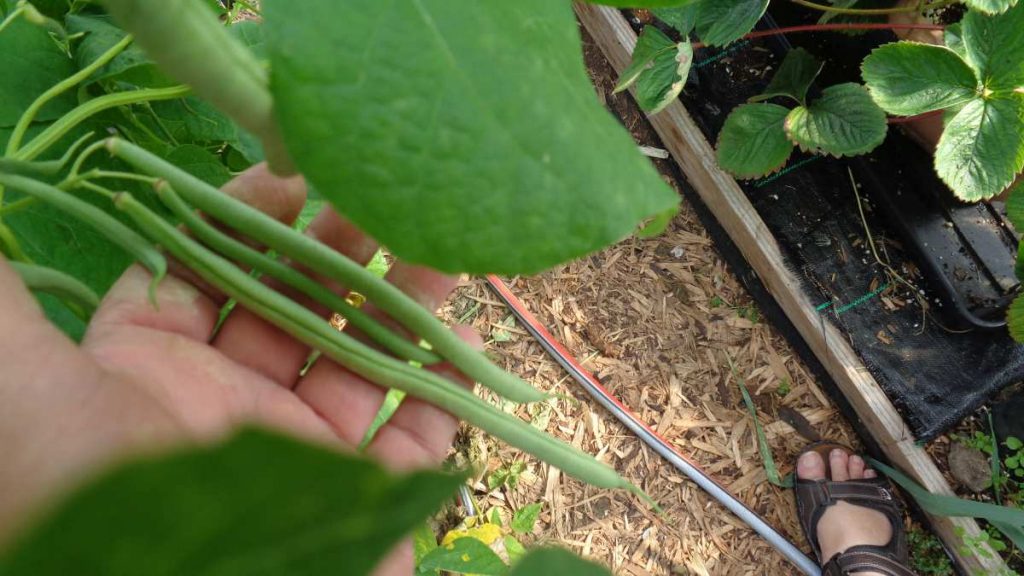 Cobra French Climbing Beans – Where were these hiding? 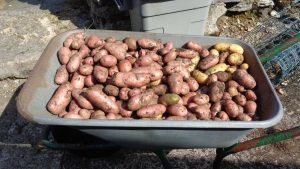 The excellent maincrop potato harvest is now sitting in the store. This year I grew a number of potato varieties and the winner has to be the Sarpo Axona. Good yield, nice tubers, resisted the blight that struck this year.

Only real problem was some pest damage. There were a few plants with shallow tunnels and nibbled tubers. I’m pretty sure it was rats. Two wheelbarrows full have gone into store with a bucket full of nibbled spuds that can be converted into eggs. 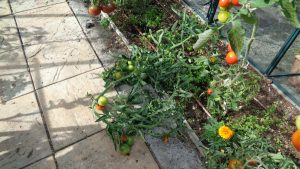 Ailsa Craig tomato plant on the ground after the support string snapped.

It’s been a great year for tomatoes. The plants are so productive, which has become a problem. I used to use a natural twine to support them but that tended to rot and break towards the end of the season. Because of this, I moved onto nylon string which is usually fine. This year the weight of the fruits on the vines is causing the string to break. Next year bailer twine!

In the polytunnel the tomatoes were hit with blight. Stripping the leaves and stopping the plants has saved the majority of the crop which is ripening well. The majority in the tunnel are San Marzano which are difficult in the UK. In the hot Italian sun, they do really well but in a British summer…. Anyway, worth the effort this year, which is good. 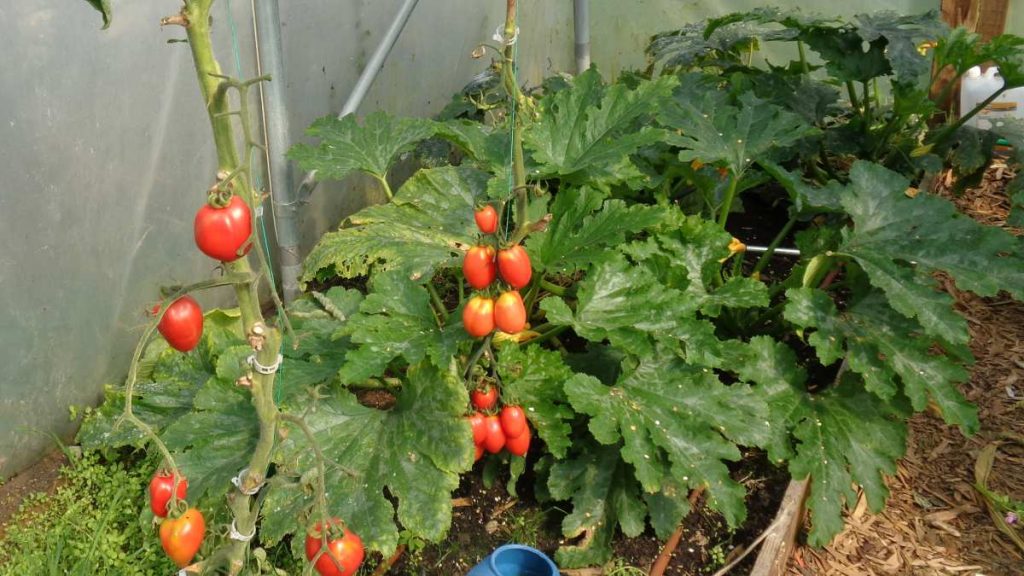 San Marzano Tomatoes ripening in the polytunnel – courgettes behind

The Mara des Bois plants are continuing to crop. I’ve 4 hanging baskets planted up which means some 32 plants. Often getting half a kilo at a picking. 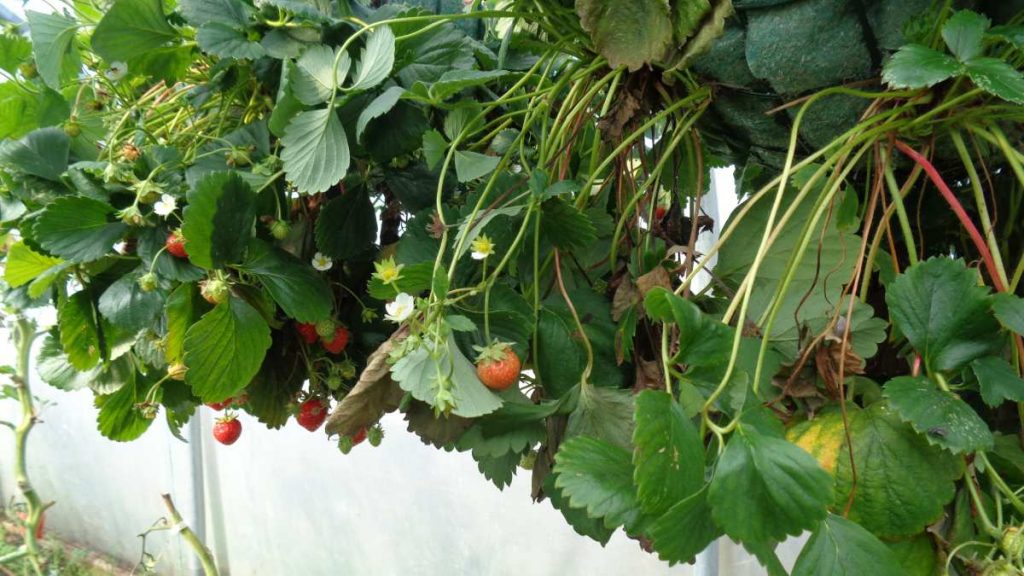 Most of the squash went into the field plot but I had a couple of plants over and some space in the walled veg garden. There’s at least half a dozen hiding under the foliage. 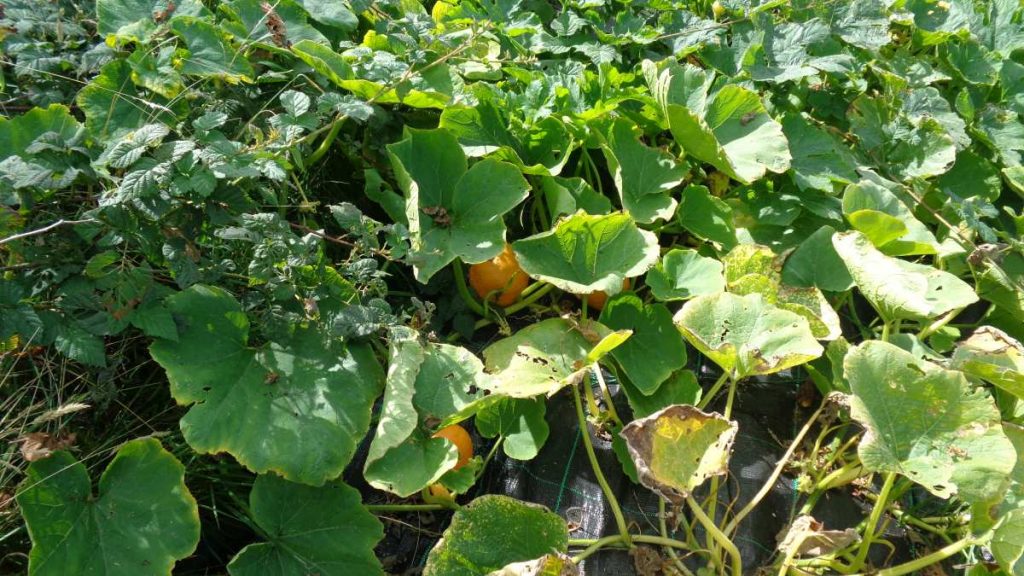 We have leeks ready now from the polytunnel. By growing some in the tunnel and some outside we will have them available for seven or maybe even eight months. 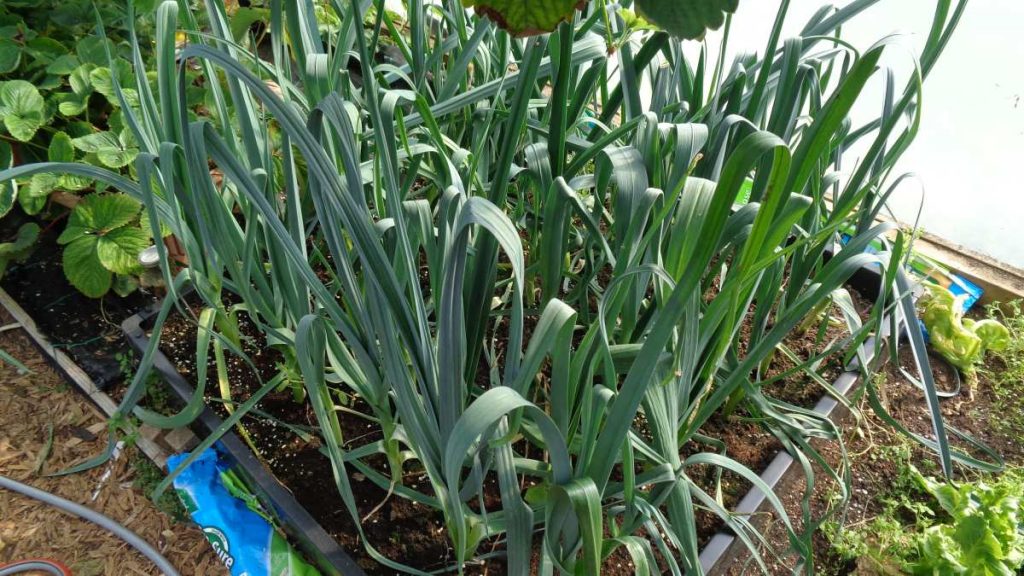 Leeks Snowdon in the Polytunnel

The Hawthorn trees are well loaded which will help the birds through the winter. From a distance the tree is just a reddish colour but when you get closer you can see just how many berries there are. 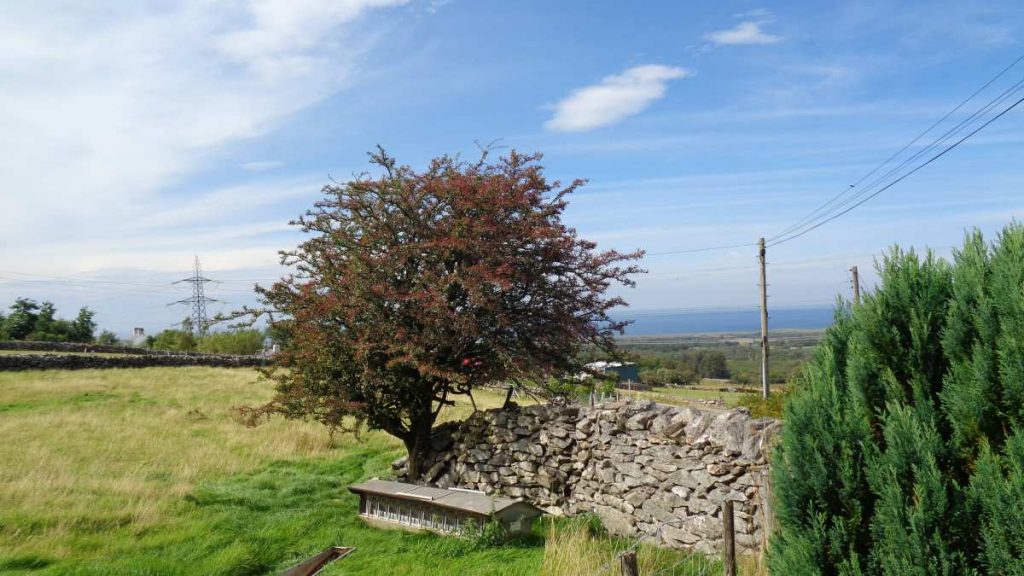 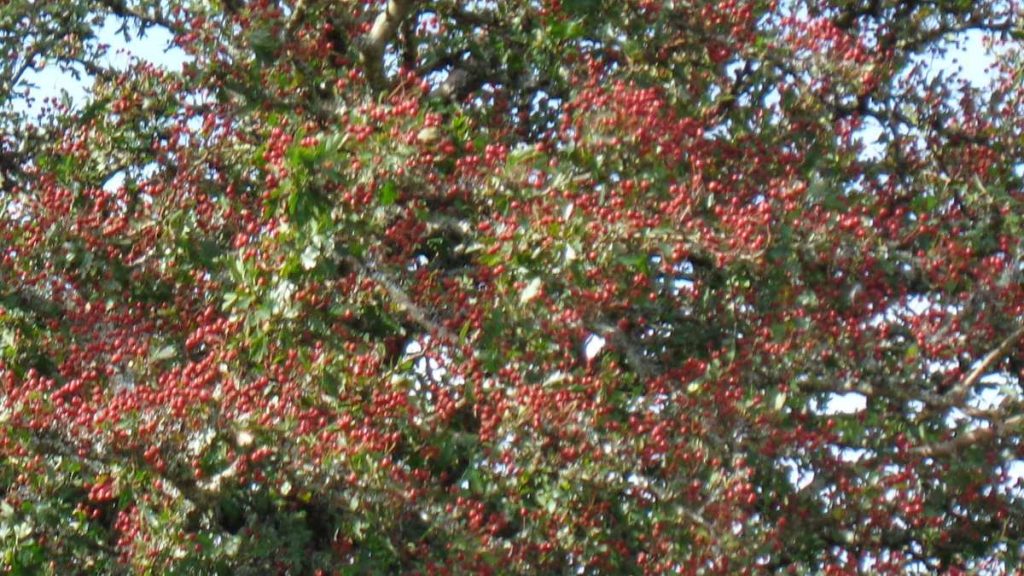 Closer you can see just how loaded the tree is.

It isn’t all fruit, veg and herbs. Val plants up pots on the patio at the front each year which look spectacular. Due to the winds here, hanging baskets are impossible but the pots make up for that. 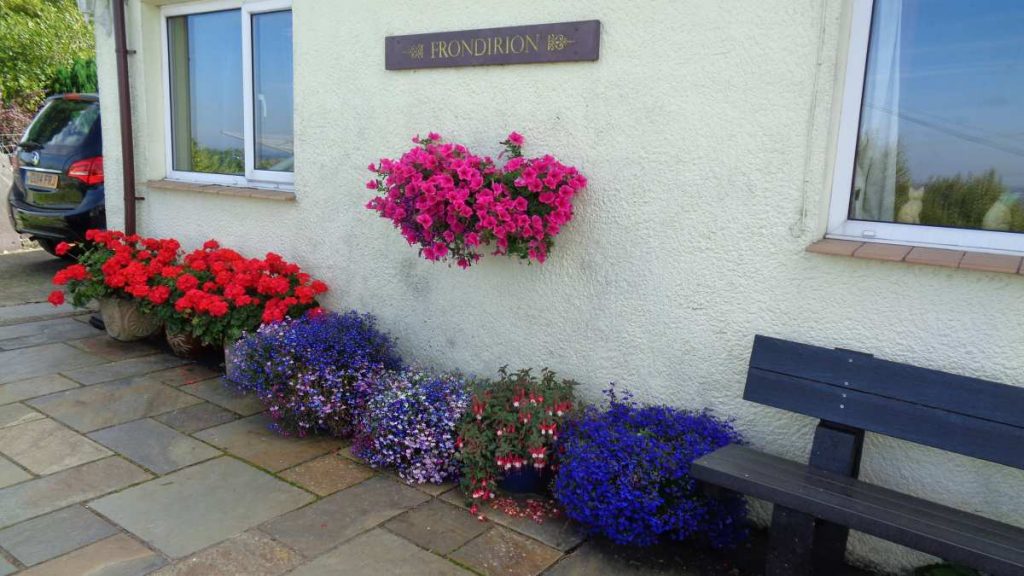 Flowers welcome visitors to the house, not that we have many with things as they are.