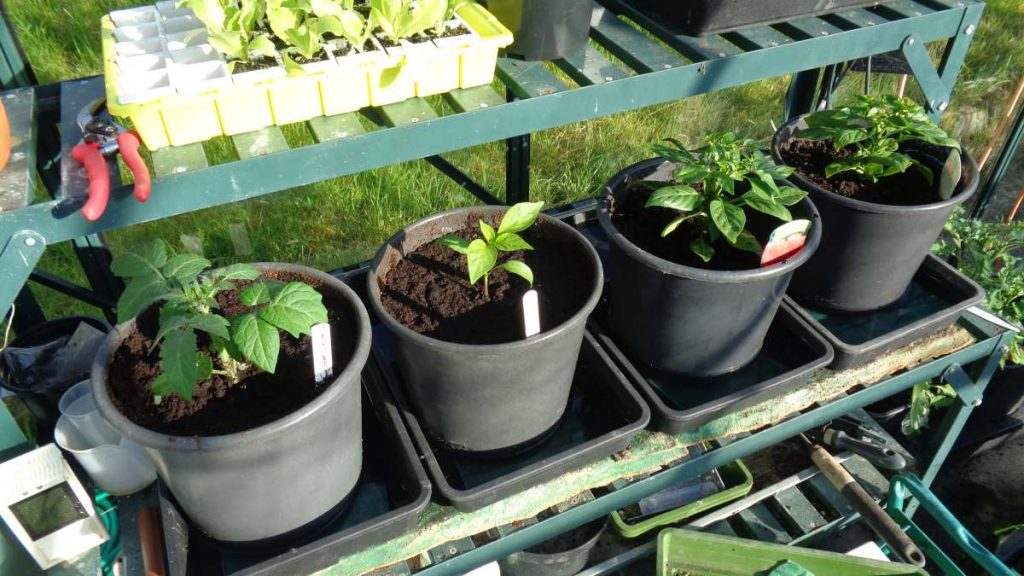 Over the years I’ve found that self-watering wicking pots very effectively provide the optimum conditions for pot-grown crops. Tomatoes, peppers, cucumbers, aubergines all do extremely well and the wicking fed salad planter in the greenhouse out performs the borders. 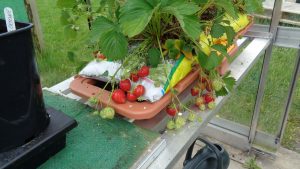 Strawberries in a Grow Bag on a Hozelock wicking watering base.

For those who use growbags, the Hozelock wicking grow-bag waterer gives brilliant results. Far easier than any other grow bag watering system I’ve tried in the past. Highly recommended. Available from Two Wests

For years I’ve grown in Quadgrows where the pots are fed and watered from a large reservoir below. The problem with Quadgrows and Chilligrows, which are essentially Quadgrows with 3 smaller pots and a smaller reservoir, is cost. At over £60 for a Quadgrow, it’s not cheap. Worth it over the years, I think, but a considerable chunk from the wallet. 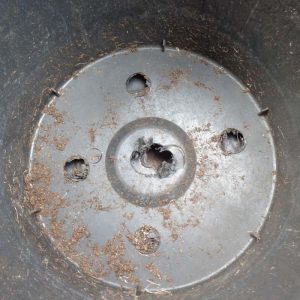 Making holes in the bottom of some old 8″ pots to feed the matting wick through.

So my mission (imagine the Mission Impossible theme playing in the background) was to produce a wicking pot system on the cheap. Certainly less than £15.00 per pot.

Initially I bought some plastic boxes from Ebay to be the reservoir. Drilled holes in the lid to run the wick through and to fill up with water and feed. The wick is just cut from horticultural capillary matting which can be bought cheaply in sheets.

I then drilled holes in the bottom of some pots, fed strips of capillary matting through and planted up. They certainly worked well for the plants but they were awkward and cumbersome to set up and fill.

Revisiting the idea this year, I decided to try a minimum cost approach. As a reservoir I’m using solid bottomed seed trays. Not a large capacity but easy to see how much is left and easy to top up.

I then took an old 8” pot and increased the size of the central drainage hole by drilling another hole to the side, creating a letterbox slot about an inch by half an inch. A strip of matting was fed through the slit which the pot sits on. This unbalanced the pot on the base so an offcut of matting was used to even things up. 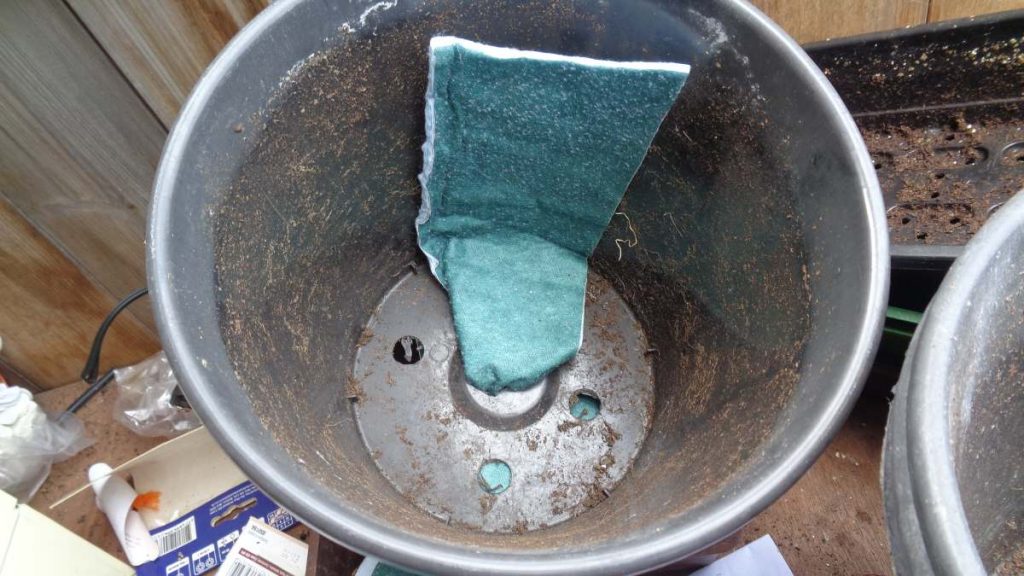 So far it seems to be working well but I’ll know for sure by the end of the season when I can compare performance.