Moving ahead now the weather is a little more like May should be. Sweetcorn getting planted, tomatoes in the greenhouse and polytunnel borders and very soon new potatoes for the table.

I’ve seen my wonderful osteopath again. Thanks to her manipulations my back is easing. Still taking more ibuprofen than I like but less than before. My son-in-law has been helping so I can avoid straining – it’s frustrating though. I like being hands on. 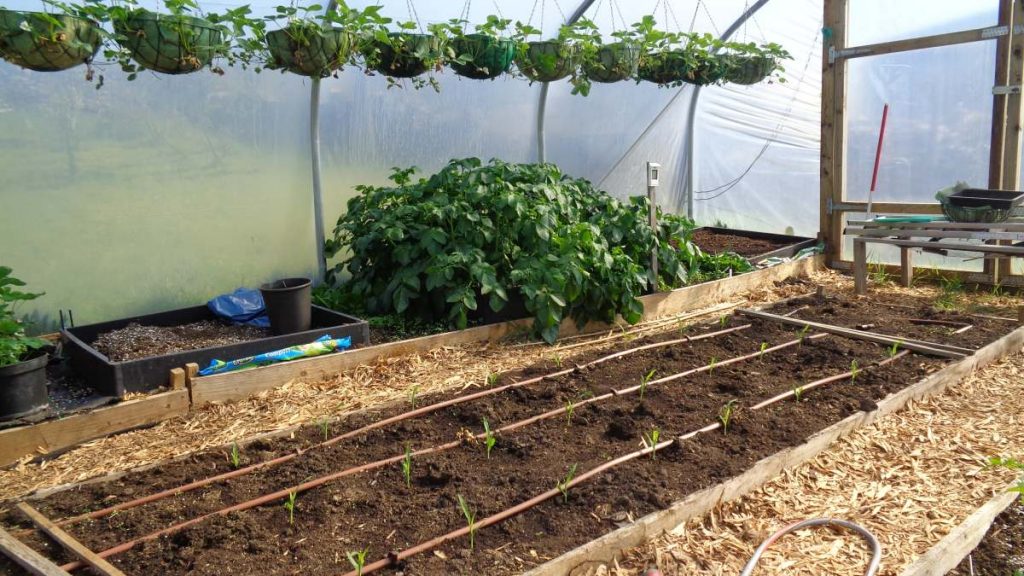 Sweetcorn in the polytunnel with potatoes behind and strawberries in hanging baskets above.

We’ve got the Earlibird sweetcorn planted out in the polytunnel. 24 plants at 14” spacing in three rows, 18” apart. The remaining 18 plants were hardened off coldframe prior to going out in the walled veg garden.

The sowing of Swift sweetcorn are starting to show now. I’ve moved the ones that have popped up into a coldframe leaving the rest in the warmth of the greenhouse. Some more will come through over the next days.

The Arran Pilot potatoes in the polytunnel are almost there. They’ve formed flowers which tells me the tubers are nearly there. I couldn’t resist a little excavation but the tubers are still tiny. Patience!

Up above the bed the strawberries in the hanging baskets are looking promising. I’ve lost a few plants but not enough to worry me, losses are to be expected. Many of the plants are forming fruits now so they won’t be long.

The rest of the tomatoes for the Vitavia greenhouse border have gone in along with a cucumber. I gave the border a watering with S-Chelate micronutrients the night before. This should ensure no minor deficiencies and complement the manure, compost and chicken pellet manure already there.

I’ve still got to set up the Quadgrows which will be home to another dozen tomatoes. The Vitopods are a bit less crowded now. I’ve a couple of people looking for plants so hope none will go to compost. 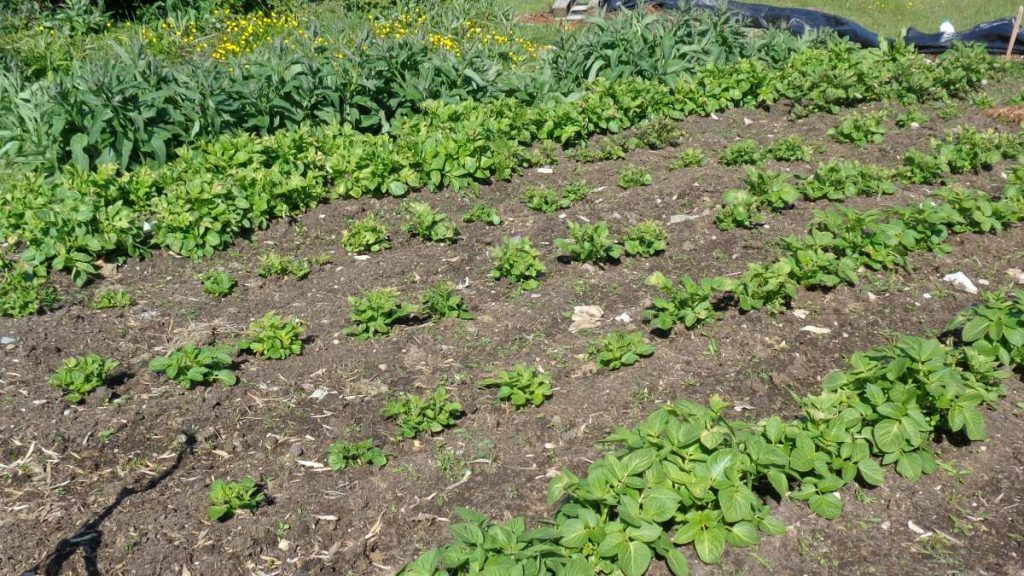 Potatoes in the field plot with comfrey growing behind

The potatoes outside in the field plot are coming up well but some of the plants don’t look brilliant. There’s been a lot of manure added to the soil so I don’t think they’re short of the main nutrients. It might just be the weather which has been strange, although strange is becoming normal now. You just can’t predict with any certainty. Anyway, I’ll give the potatoes S-Chelate as well. It can’t do any harm and most likely will 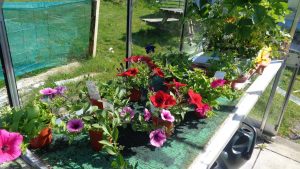 Surfinia in the greenhouse. They’ll be planted out next week after the next storm has passed.

Over in the Eden greenhouse, one section of the bench is occupied by Val’s Surfinia plants. They’re trailing and vulnerable to wind damage so she’s waiting for the latest storm due Thursday to pass before planting out or even risking the coldframe. Another section has various beans in root trainers and deep modules which will be going out over the next couple of weeks.

Under the bench I’ve got the salad grower. Little Gem lettuce to the right, then a mesclun mix for cutting followed by radish French Breakfast which are swamping the spring onions. 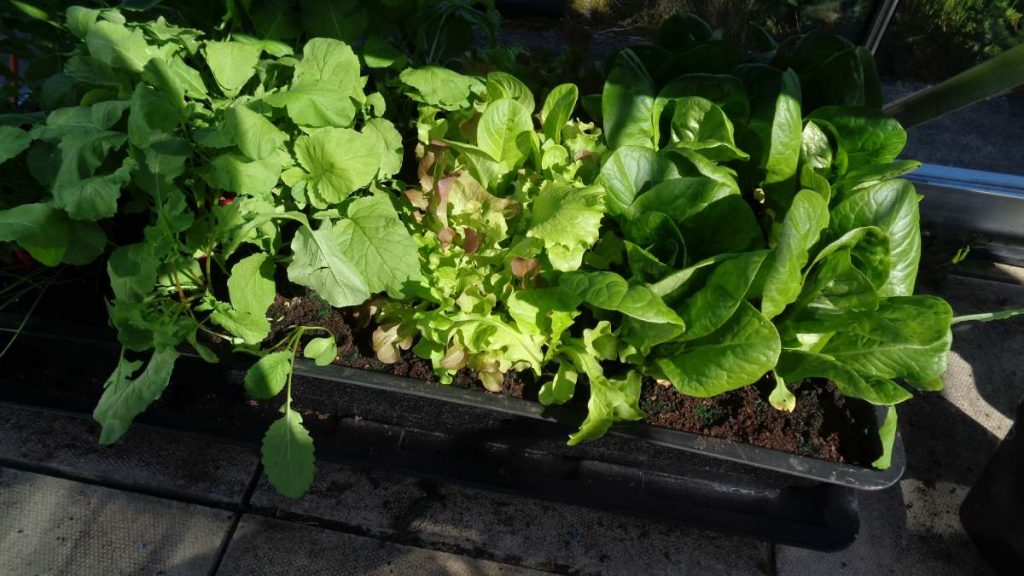 Salad planter in the Eden greenhouse crammed with saladings.

They’re doing really well in there. Shielded from direct hot sun by the bench, good growing medium and consistent watering via the wicking system. It doesn’t make a lot of sense for me but it would be ideal for someone with a small garden or just a patio to produce saladings.