As I write this I’m sitting in my office where the window looks out onto the Eden greenhouse. The wind is gusting quite strongly and I can see the windbreak fencing shaking. The palisade fencing doesn’t stop the wind from hitting the greenhouse totally but it does reduce the force of the wind by half to two thirds. 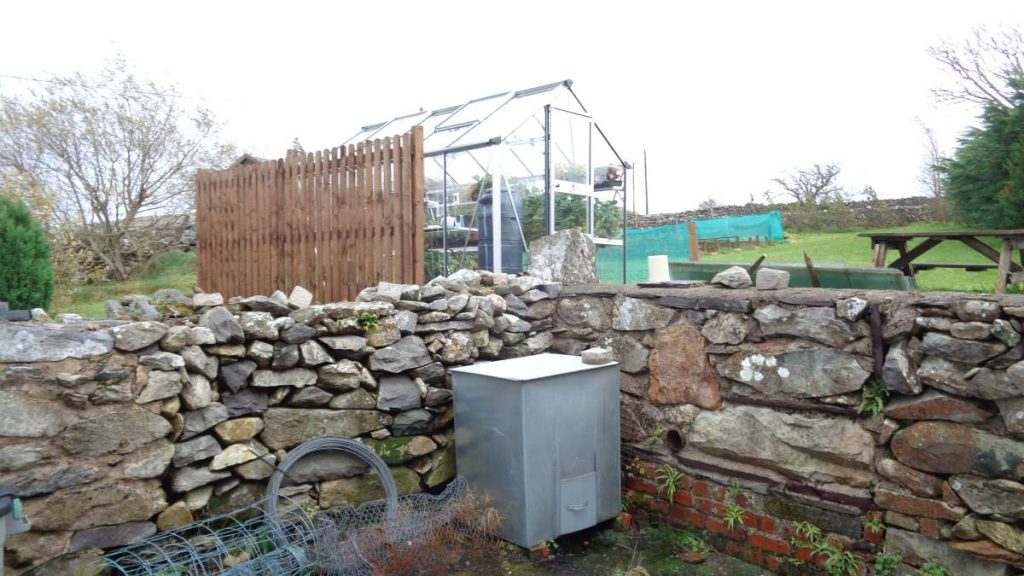 View from my office, the Eden greenhouse behind the windbreak palisade fencing.

A solid fence might seem a better solution but they can create vortices and eddies on the sheltered side which can end up being more damaging than no windbreak at all. I do lose a little light in the greenhouse with the protection but at least I still have a greenhouse! 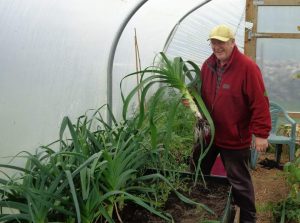 Harvesting a leek in the polytunnel. Not too shabby!

The polytunnel’s shape, the curved roof. helps wind flow over rather than just hit the side head on, gives it better wind resistance than a glass house. Of course, a polytunnel
isn’t invulnerable but a decent quality tunnel like mine from First Tunnels, built properly will resist anything even the Welsh weather throws at it. It isn’t bothered by storms although it does get noisy in there during one. Bit like camping when the rain’s hammering down.

I think what you grow in a polytunnel or a greenhouse is affected by where you’re located. If we were down in the south of England with a sheltered plot, I’d probably get by with just a small greenhouse to start the seedlings off and for some tomatoes in the summer. Here, with wind and wet as well as cooler temperatures, outdoor growing is more limited.

I can, and do, grow crops like leeks and carrots outdoors but the results from growing them in the polytunnel are exceptionally good. 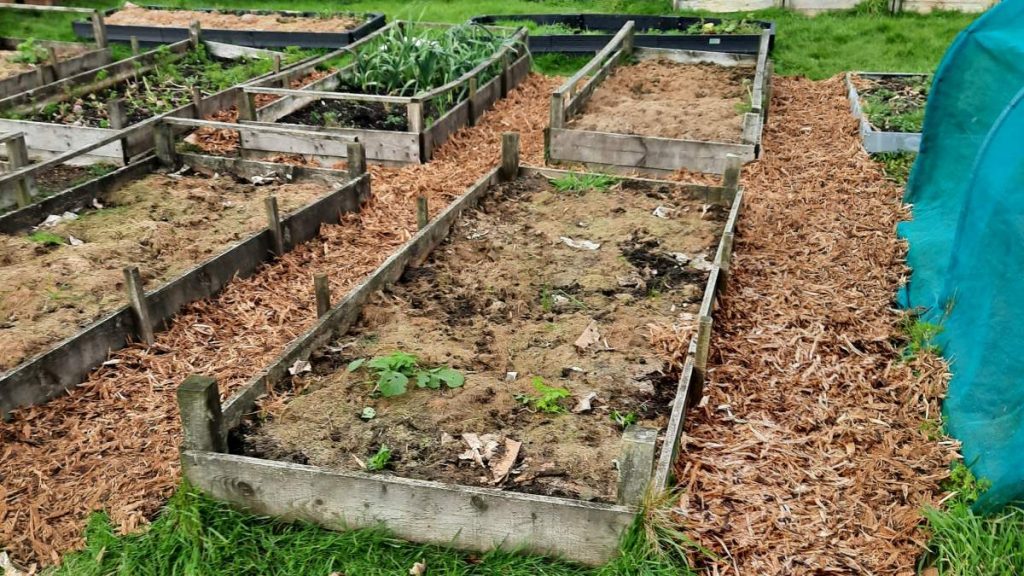 Looking better with the paths covered in bark peelings / woodchips

Before Wales went into its Firebreak lockdown, my neighbour and I went off to the sawmill and picked up a load of bark peelings with his big tipper trailer. I use them in the chicken run and in for the paths between the raised beds in the field plot. 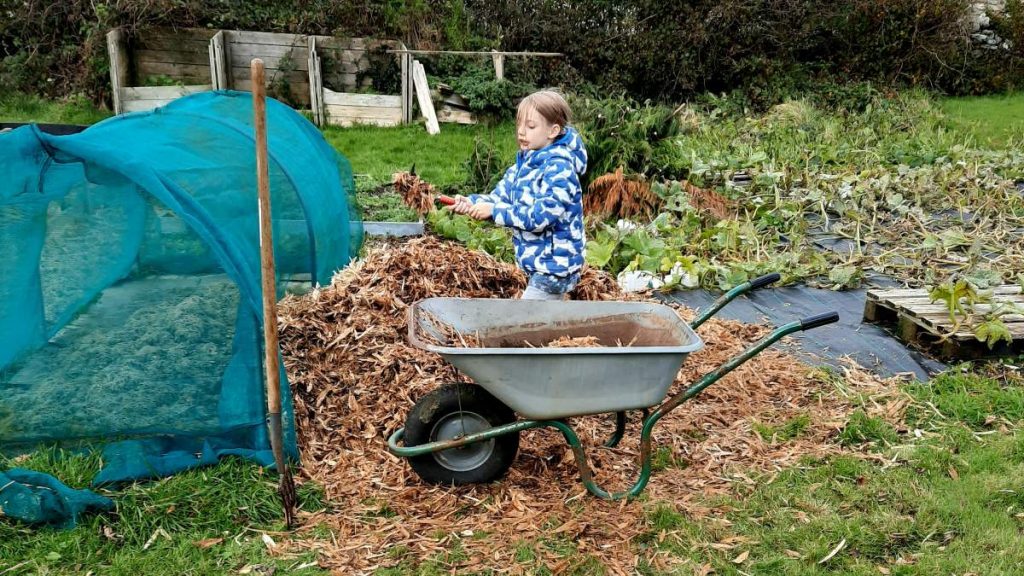 Grandson loading woodchips into the wheelbarrow. It’s a tough task but he can do it!

They’re pretty ideal. Firstly they do a fair job of suppressing weeds. They provide a reasonable footing in wet conditions. As they slowly rot down into humus-rich soil, they’re perfect if I change the bed layout in the future.

Only problem was that we’ve been so busy coping with the orders for my new book – Dig for Victory – that I’ve not had time to sort things out. So my son-in-law came over with my grandson and attacked a few jobs.

First they laid down layers of cardboard. With the books being delivered in cardboard boxes we’ve masses of cardboard. Grandson was kept happy helping for ages shuttling between the plot and shed carrying the card out and then helping move the bark peelings. He loves being genuinely helpful and if it tires him so he sleeps well, so much the better. 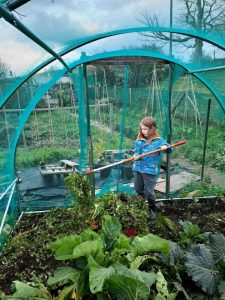 Perhaps the cultivator hoe is a bit large, but he’s coping well.

The brassicas were being overwhelmed by weeds in the tunnel so their next task was to do a bit of careful hoeing. Grandson rather likes using the Wolfgarten combined hoe and cultivator. It’s serious stuff judging by his face.

I think I should point out that they were outside and came over whilst we were collecting our shopping in Bangor, so Welsh firebreak rules were not broken.

It’s difficult for a little one to understand why he can come in the house one day but not the next. Us not being there avoided the problem.

2 comments on “Wind, Woodchips and Weeds”