We had the joy of going shopping today, just a click and collect. I think Val misses wandering around the shops but I can’t say I do. Now we get a little drive out, load up and home. No fuss or bother, every couple of weeks. However, this time was different. The supermarket car park was so crowded it could have been Christmas. People were trundling heaped trolleys back to their cars and loading the boots to the gunnels. 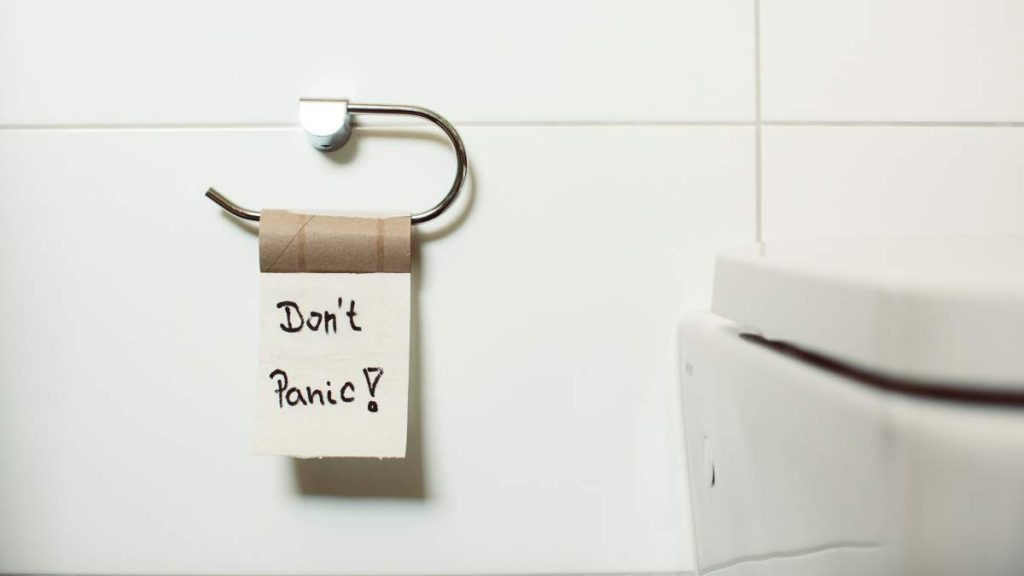 Of course, the supermarkets are reacting by rationing some products, setting maximum allowed purchases to prevent shortages. Unlike WW2 where rationing was implemented in response to real supply shortages, this rationing is simply due to dramatically increased demand.

Now it could be argued that this panic buying is a rational response to the threat of others panic buying and thereby causing a shortage. Or that stocking the shelves until they bend under the load makes sense as the virus raging across the globe threatens our food supplies. Don’t forget, even with the most stringent rationing and controls, Britain was never totally self-sufficient in WW2. Today we have 20 million more mouths to feed from the same land and still depend on imports.

I think the real reason that people are once again stockpiling is actually deeper. Basically an emotional reaction to fear rather than reasoned. We can’t control the insecurities of the situation that we find ourselves in, so we comfort ourselves by defending against a situation, shortage, that we can control.

What I do find hard to comprehend is the waste that followed the last mad panic-buying spree. Bins overflowing with perishable food that was no longer edible. Stocking up on dry goods like pulses and canned foods that can be stored for many months or even years, yes. But fresh meats? Or bread? Couldn’t they open their freezers?

Since the lockdowns started here there has been a huge resurgence in home growing. This to me is a logical reaction to the situation. If there are food shortages ahead, a veg plot could literally be a lifesaver. I’ve increased our growing area, just in case things do get tough.

At worst, I’ve spent time exercising and keeping busy. Don’t underestimate the health benefits of the great outdoors, both physical and mental. Even if the excess crops aren’t actually needed, they won’t be wasted. We’ll give them away to others and giving is a pleasure of itself.

He explained to the buyer that seeds are living things, dormant but not dead, and wouldn’t be viable in 10 years. “Oh no,” said the customer, “I’ll keep them in the freezer.” Hmmm… 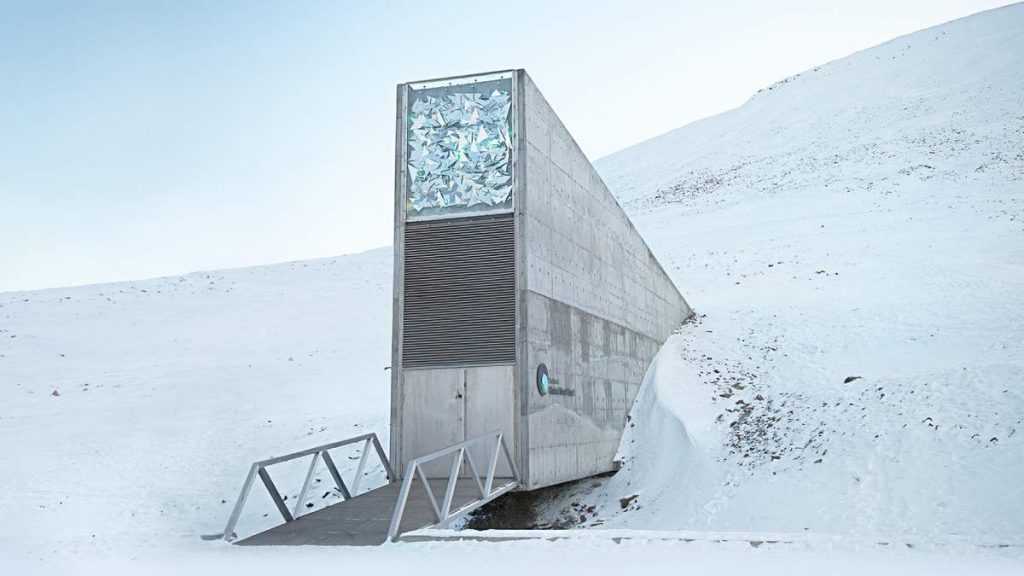 It’s true that the global seed vaults like the Norwegian Svalbard Vault stores seeds to maintain against disaster at low temperatures but the seeds are carefully prepared by highly trained technicians prior to freezing. They explain:

“The seeds will be stored at minus 18 degrees Celsius (minus 0.4 degrees Fahrenheit). The seeds will be sealed in specially-designed four-ply foil packages that will be placed in sealed boxes and stored on shelves inside the vault. The low temperature and moisture level will ensure low metabolic activity, keeping the seeds viable for decades, centuries, or in some cases thousands of years. The permafrost will still ensure the continued viability of the seeds if the electricity supply should fail.”

I wouldn’t recommend home growers stick their seeds in the freezer but storing them in the fridge is a sensible idea so long as they are protected from moisture. If they go into a sealed Tupperware type box or a jar with some moisture absorbing material – uncooked rice is good – the seeds will keep really well. Although, if you keep your seeds in a cool, dry place like a garage – preferably in a sealed tin, that’s usually good enough.

When buying seeds you’ll see they generally have a ‘sow by‘ date or at a minimum a ‘date when packed‘. With quality suppliers like Suttons Seeds they’re often in sealed foil packs within the paper packet or just a sealed foil packet, but cheap suppliers usually put their seeds in small plastic bags. Plastic packs are quite permeable to oxygen as well as light. Both are unhelpful to seed storage life.

Often the cheap seeds will give reasonable results the year bought but the following year germination rates are a lot lower. Quality seed merchants tend to have two or three year lives until the packet is opened.

Since a packet will often have far more seeds than you need – looking here at a packet of 350 cabbage seeds, – make the packet cover two or more years. Open carefully, sow thinly and then reseal the packet. Put the packet into dry cool storage and germination viability should be good for next year at a minimum. I have managed 4 years from a packet of cauliflowers although the germination rate was pretty low by then.

One seed storing method I recently stumbled across was to keep the seeds in a vacuum sealed jar. Quite how effective the method is I don’t know but it looked interesting – if you have the means. Basically a foodsaver system and second-hand jars.

There’s a video on it here. Note, I think he may be making a mistake freezing the seeds as well as vacuum sealing them but happy to be proven wrong.

You may find this article on seed storage and lifespan useful