I’ve a new compost bin to play with and a new shredder making its way to me. 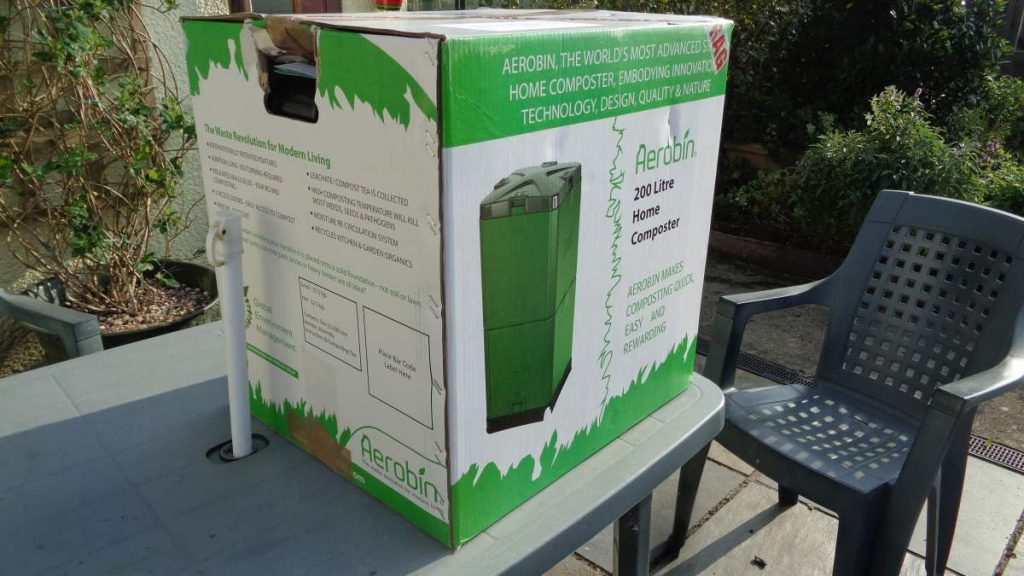 On occasion I’m offered products to try out. Obviously the suppliers are looking to get their name out there, which is fair enough. For my part, I owe it to my readers and my own self-respect to be honest on product reviews. 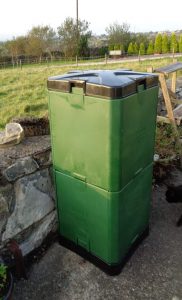 Aerobin 200 Composter assembled on the patio in 5 minutes.

There are masses of fake reviews on shopping sites like Amazon and on the internet generally – which is making the real ones valueless. Add in fake bad reviews – I’ve had that happen to my books – and you begin to wonder if they’re worth having at all.

Anyway, I was really happy to be offered an Aerobin 200 composter. They were developed in Australia but they’re available in the UK as well worldwide. With insulated plastic walls to retain heat and an aeration system it should produce good quality aerobic compost fairly quickly.

It’s sealed so there shouldn’t be any problems with smells, flies and vermin like rats, which makes it ideal for use near to the back door. It’s 20 inches wide and deep so it doesn’t take up a lot of space. Nearly four feet tall and top-loading which could be a bit difficult for some.

It arrives ‘flat-pack’ but assembly is a matter of minutes. The pieces just slot together and, once built, it seems pretty sturdy. The instructions are pretty clear and well written – always a plus point! It looks rather smart, too.

The proof of the pudding is in the eating, so I’ll put a formal review up when I’ve used it for a while. So far it’s looking very good. 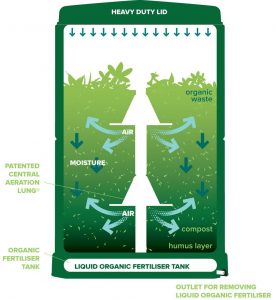 How the Aerobin is designed to work

Before we moved here I bought a large 8 horsepower petrol shredder second-hand. If I was a younger, stronger chap it would have been brilliant but it was just too heavy for me to move around and get the engine going. Luckily I got most of my money back when I sold it on. 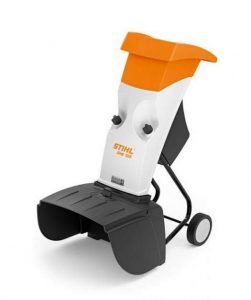 Since then I’ve been using an electric Bosch AXT RAPID 2200. It’s lightweight and fairly effective but after using it for a few hours the machine starts jamming frequently and it doesn’t shred as well.

It seems to be very dependent on the blade being sharp to work well. I did buy a cheapish generic blade off Ebay but that wasn’t much good and the genuine Bosch blades are pricey. As I say, they don’t seem to last long.

So I’ve treated myself to a Stihl GHE 105 electric shredder. They’re only slightly dearer than the Bosch AXT RAPID 2200 – I’ve paid £238.00 delivered and the Bosch are running around £210 delivered. Stihl have a very good reputation so I’m hoping I’ve not made an expensive mistake

I’ve quite a few tree prunings so I’ll be giving it a proper workout as soon as it arrives. Then I’ll combine the woody shreddings with some grass clippings and give the new compost bin a proper trial.

A last thought on composting

I think people over-worry about composting; they get lost in greens and browns, carbon nitrogen ratios, moisture content and temperatures. The main thing is to have a mix of materials, balance the greens and browns. If it won’t heat up; try mixing it up, adding some greens or even a handful of fertiliser or adding more browns. Torn up brown cardboard is useful for that. What consistently makes composts heat up quickly is material size and shredding is wonderful for that.

After a year or two, you just know without thinking too much what’s right or wrong.