Making the most of some decent weather by catching up on the plot. Well behind but we’re getting there. 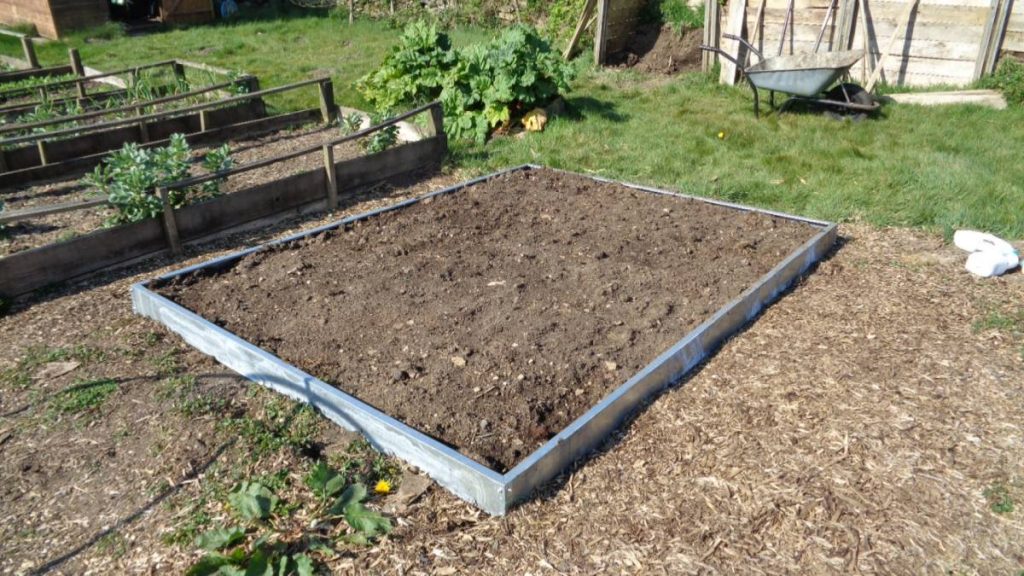 When we had our Eden greenhouse there was a bit of mix up on the delivery. We ended up with a steel greenhouse base that wasn’t for our greenhouse. Because it’s heavy Eden decided it wasn’t worth picking back up as the transport costs were more than its value.

I was happy enough to keep it, things often turn out to have an alternative use. So the unwanted greenhouse base is now the edging for a slightly raised bed. I’ve tried beds without edging and they always end up with the soil blending into the path and harder to keep weeded. Quite how the commercial market gardeners manage them, I’m not sure.

Popping the edging together was easy enough, most of the time was spent levelling it so it sat properly. In an ideal world I’d have dug the area over but I don’t want to strain my back. Last thing I need is for that to go again now with the osteopath closed for the duration.

It did get a layer of sheep muck from the mountain and then a mixture of soil from the molehills and compost from the heap. This was then trodden down and given a good soaking to settle everything down. It will get raked over and topped up as needed before being brought into use.

We’ve had quite a bit of mole activity which I’m putting down to improving the pasture quality. This increases the number of earthworms and other bugs that moles like to eat. They’re a bit of a nuisance at times but the soil from their hills is nice and fine to use. It’s an ill wind that blows no good. 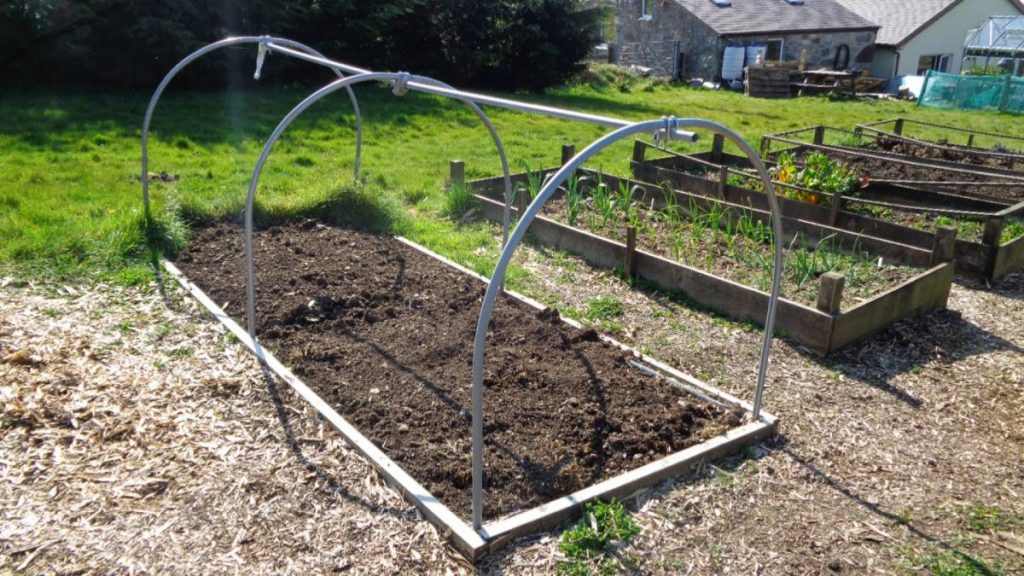 Small brassica cage from a mini-polytunnel

I had a mini polytunnel from First Tunnels which decided to try flying in a storm. The power of wind is just amazing. This is not a lightweight cloche, it takes two to carry it! Anyway, it’s going to be covered in windbreak netting to form a brassica cage. Soil preparation was the same as for the greenhouse base bed. 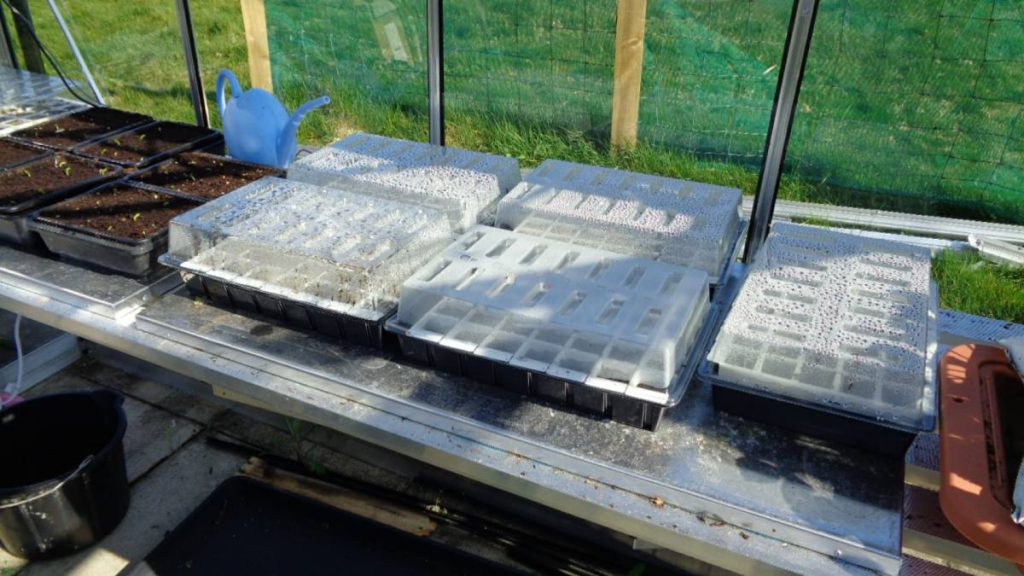 You may remember I tried out the brilliant Bustaseed system last year. I was really impressed so got another 5 sets, giving me 7 in all. As I’m ramping up production a bit I’m happy I did so. They make transfer from seed tray to soil so easy.

I’m way behind what with everything that’s happened but sowed various brassicas, lettuce, chard and spinach.

Planted up one of the raised beds with Charlotte potatoes. They’re a lovely salad spud and they store well. Used my own stock. Put 18 seed tubers into the 10′ x 4′ bed.

I’ve started chitting my sweetcorn for the polytunnel. I’m going to try some outdoors in the walled vegetable garden as well. The first sweetcorn I tried to grow here in the field plot blew out of the ground in a storm! I’m hoping the shelter of the walled garden will be enough to keep them earthbound..