My last post about sweet potatoes went on a bit longer than I intended so this is the rest of the catch-up from the plot. 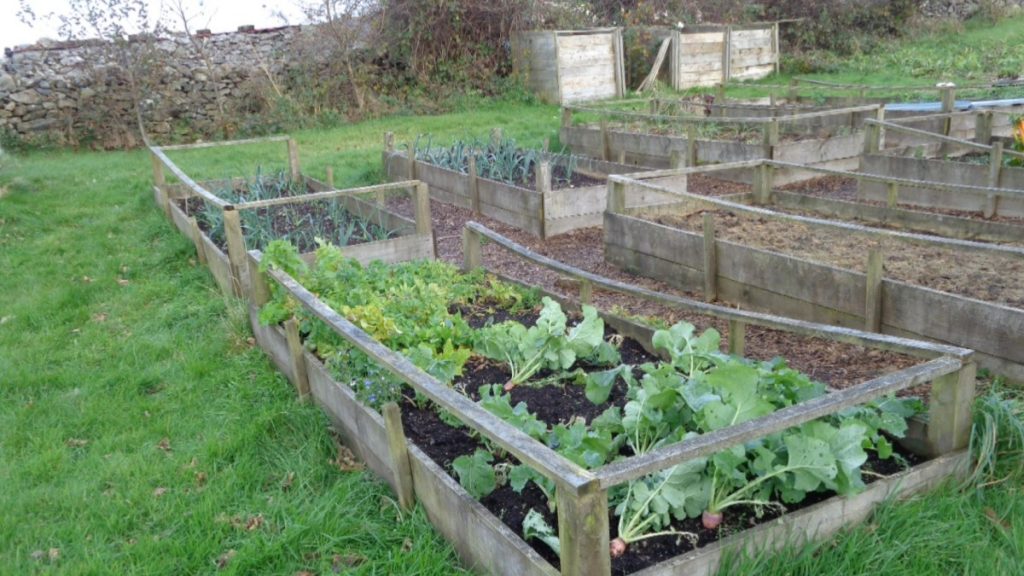 I’d planted some garlic and onion sets in the polytunnel just before my back went and I’d still some left. These have now been planted in one of the raised beds. Before they went in raked some fertiliser into the top soil. This was just basic Growmore with additional potash and a little sulphur. A lot of the flavour in onions and garlic comes from sulphur so making sure there is some available makes sense.

Some of the leeks are ready now although they are smaller than I’d like. Still, a crop is a crop. I watched a video the other day where a market gardener was planting leeks through holes melted in landscape fabric. This obviously saved time weeding as there were no weeds growing through the fabric.

There was a lot of talk about organic, bio-dynamic permaculture principles and how they didn’t use artificial fertilisers or pesticides. The way they went on you’d have thought they were preaching a religion, very ‘holier than thou’. All well and good, but I couldn’t help thinking that, at the end of the day, they were growing through woven, semi-permeable plastic.

Harvested a couple of parsnips and a small swede. Last year’s parsnips were like strange alien monsters with tentacles. This year’s are parsnip shaped – phew! I’ve always felt swedes to be under rated. They’re not a glamorous vegetable but they are useful and quite versatile.

After a night and most of a day with cold high winds driving rain near horizontal at times, we felt the need for some comforting winter food. Val produced a variant on lobby & dumplings – a potteries version of Lobscouse I suppose. We’re from the potteries originally. Diced stewing beef with onions, garlic, carrots, swede, leek, parsnips, potatoes, sweet potatoes and suet dumplings.

Rib sticking good. The sweet potatoes aren’t traditional though. May have had our ‘five a day’ in one meal but it can only help you lose weight in your dreams! 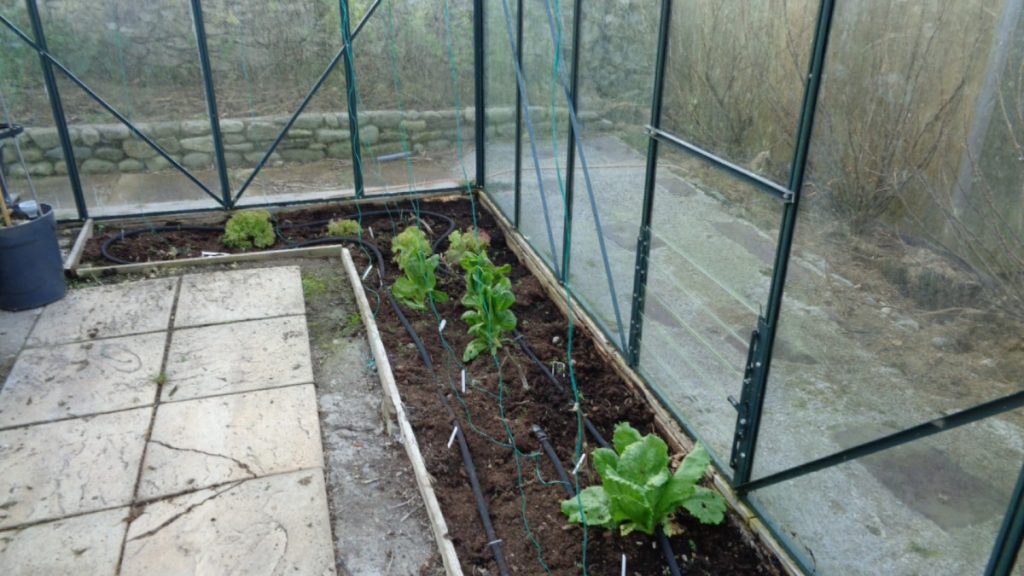 Greenhouse Border – just a few lettuce left in there 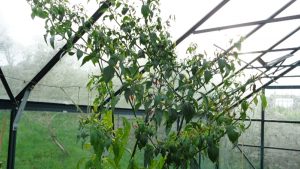 Tabasco Chilli Pepper – most are still yellow but a few ripe red ones.

The Vitavia greenhouse is nearly clear now. There’s just a Tabasco chilli in a Chilligrow and a few lettuce in the border. Once clear, it needs a good clean down. There’s a lot of algae on the glass.

The recent stormy weather was a worry – especially as the wind was gusting from the sea facing side, which is very exposed. This was the first real test for the new Eden greenhouse.

Since by all accounts we’re likely to see more and more storms, it may well be wise putting a windbreak fence up on the partly exposed seaward side. Another job for the very long list!