I’ve had two new compost bins arrive along with some additive to improve the compost quality by increasing humus and some biochar. So lots to play with. 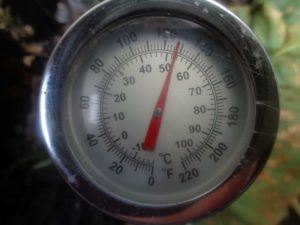 I first got a Hotbin composter some six years ago and it’s been in continual use. Unlike open compost bins where you need to be careful about adding food waste for fear of attracting vermin, with the sealed Hotbin that’s not a problem.

It’s not totally foolproof but if you follow the instructions it will heat up to the magic 60ºC and produce excellent compost in a matter of weeks. I don’t always follow the rules but after years of using it I know what rules I can bend.

There’s nothing wrong with my old Hotbin but my daughter was talking to me about their garden waste. They’ve got a ‘Dalek’ bin but it’s not coping so they were thinking of using the council’s garden waste bin collection. Well no child of mine is going to give away precious compost material! Worse still, pay the council for the privilege! 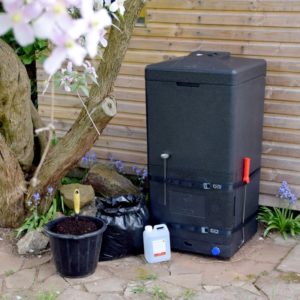 Looking on Hotbin web site, I realised they’d now got a Mark 2 version. Being as I want to update my Hotbin review, I’ve had a new one and my daughter now has the old one – which is as good as new anyway. My old bin hadn’t quite finished so it was emptied and the contents put on the open compost heap to ‘mature’. I then hosed it down before they collected it.

One of my cherry trees had been really battered by winds so it got a severe pruning. These were run through my shredder and added to the bin along with a pile of other green and kitchen waste.

The next day there was most of a rabbit lying on our patio. Most likely caught by the cat. I also cleaned out the chickens so removed the top 18 inches of material from the bin and mixed in the chicken manure. The rabbit’s remains were then laid in the centre and covered by the material going back into the heap.

Three days later and the bin has heated above 60ºC and the contents have shrunk by a quarter. A slight ammonia smell but no rotting meat odour. Pretty sure the rabbit will have vanished by the time the compost is finished. The worst case is it goes around again. 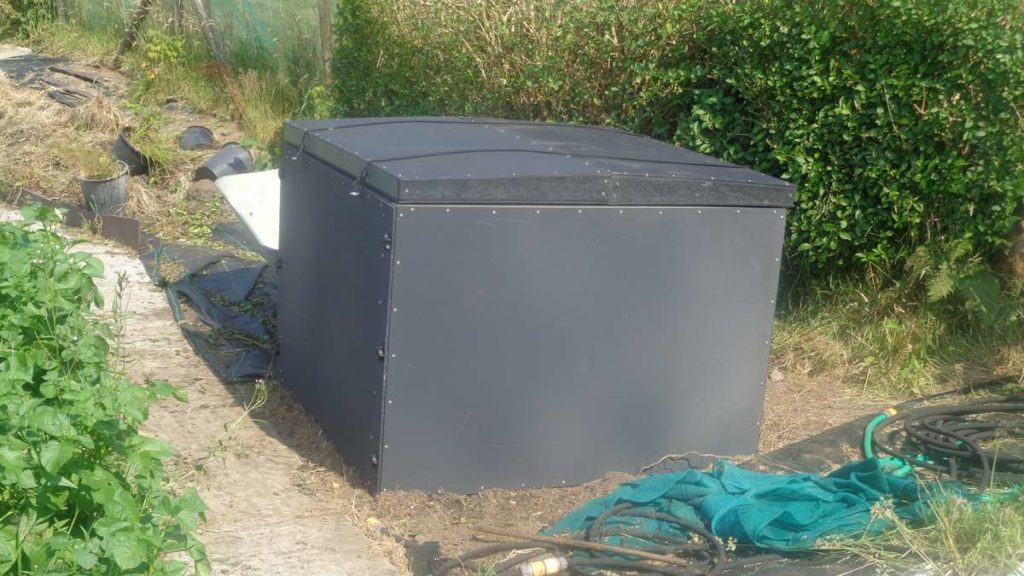 The Hotbin was invented by a chap called Tony Callaghan whose passion is soil and compost. (He really should get out more!) It took him two years to go from idea to the finished product, which was launched in 2011. In 2016 he sold Hotbin to the manufacturing company DS Smith Plastics.

He’s now the director of Soilfixer who produce and sell biochar, a compost humification agent, a soil improving product called SF60 and his new Super Compost Bins. Unlike the Hotbins which are geared for a small garden along with food waste, these bins are geared for larger gardens and allotments.

The standard Hotbin holds about 200 litres and their new mini Hotbin just 100 litres but the Super Compost Bins are 300 and 1,000 litres. Tony’s still tweaking the design of the new bins and, along with a few other people, I’m testing one for him. 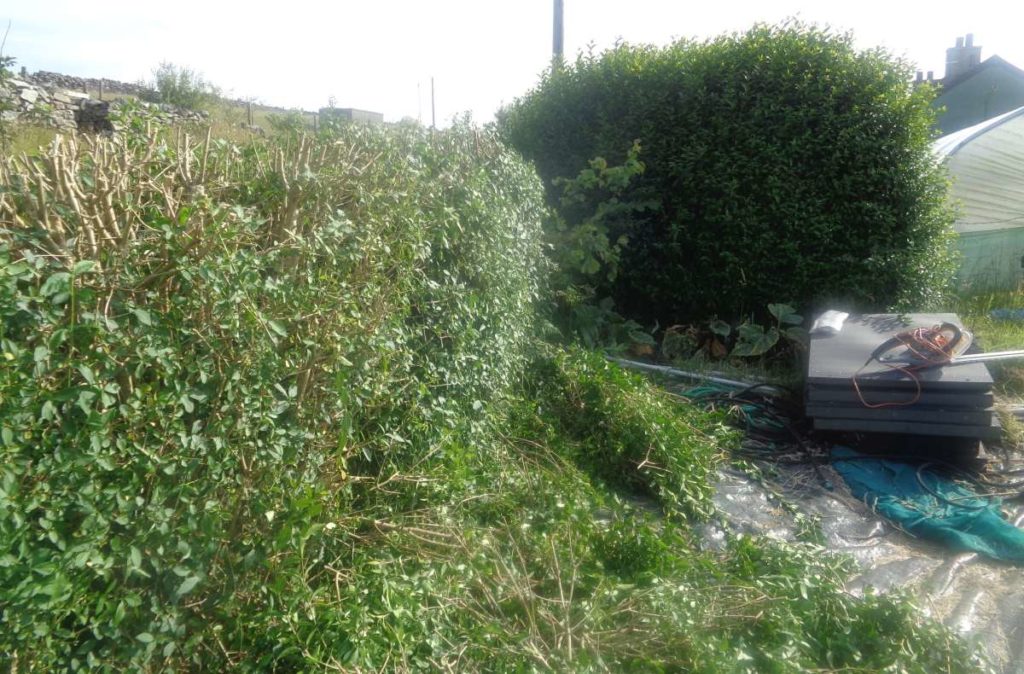 It’s actually worked out very well for me as I was intending to move the compost bins on the walled plot up to an unproductive spot shaded by the privet hedge. Before building it, I took the opportunity to give the hedge a severe haircut, producing a lot of clippings.

Constructing the bin is a doddle with two people but tricky for one person. The panels are quite heavy – luckily I had help. Once up, it’s very stable. The only thing I’d change is the roof panels. I can just about manage them but for older people and (dare I say it?) the fairer sex, the weight of the panels could be a problem. 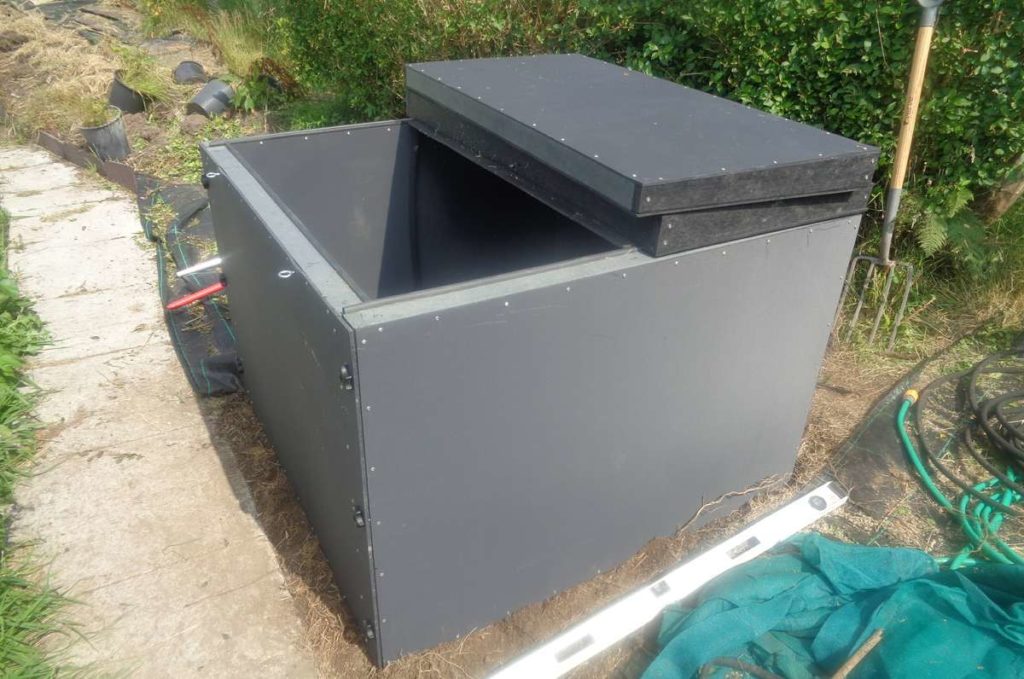 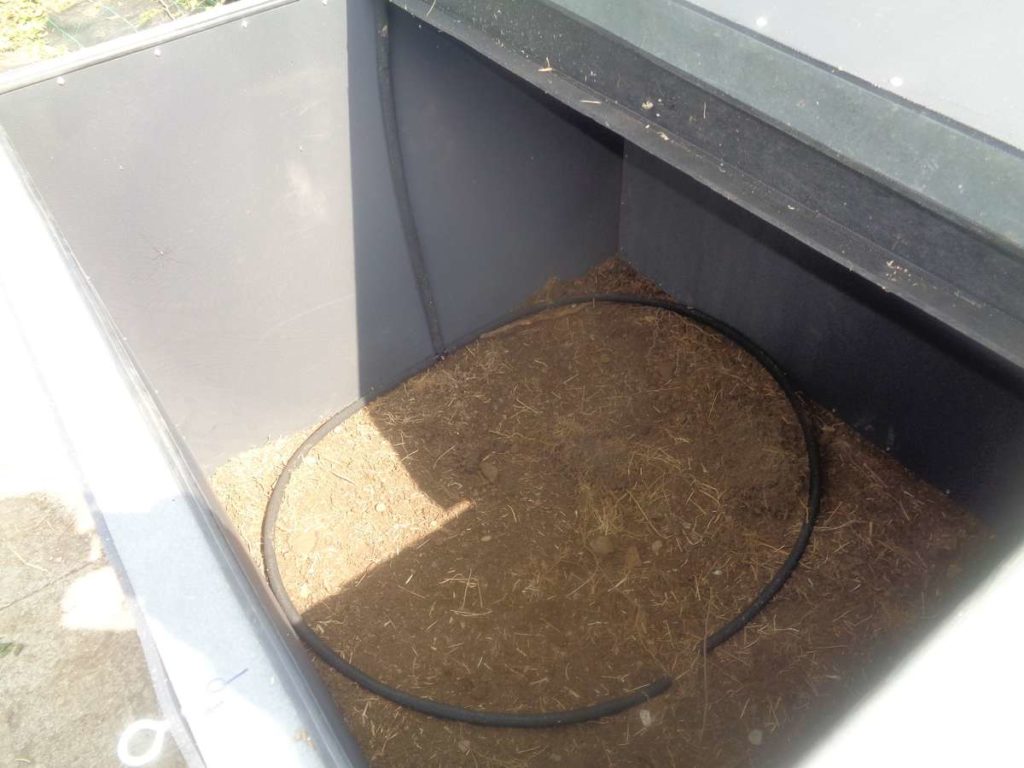 To provide air at the base of the bin there is some soaker hose which runs up the side of the bin. I wouldn’t have thought it would provide enough air but I assume Tony has tested it.I don’t want to block that airflow so the first layer in the bin was a 6 inch layer of twiggy hedge trimmings. The rest of the hedge trimmings were spread on grass and run over with the lawnmower. This produced two wheelbarrows full of shredded material, which were added next.

After this a pile of green waste went in – everything from weeds to field bean stalks. I’d have preferably shredded this material too but it wasn’t really practical to.

If you can shred materials before composting, the heap will heat up very quickly and rot down a lot faster. This is due to the greater surface area to volume ratio of small particles enabling the microbes to work better.

As I filled the bin I kept sprinkling the compost humification agent in. This is a granular powder based on biochar that you add to your compost along with the waste materials. It acts as an activator but more importantly it increases the amount of humus in the final compost. There’s more on the Soilfixer website here.

Looking at the Soilfixer web site, Tony’s obviously into using biochar which prompted me to revisit the subject as I respect his knowledge. Last time I looked at biochar some years ago there were precious few scientific studies I could find about it. I filed biochar under “most probably a fad”.

How wrong I was! Not the first time and it probably won’t be the last. There have been many proper studies and trials in recent years. They basically prove that biochar will improve soils and grow better crops when used correctly. Yield increases of at least 20% and often more for biochar treated land are shown. I’ve written a more detailed piece on biochar to replace my earlier article on biochar.

This is a soil improver made by composting with the humification agent. Soilfixer reckon you can expect a 20% increase in plant growth as a minimum. It’s not a fertiliser as such but it does enable plants to make better use of available nutrients. There’s an information page about SF60 here. They’ve sent me a sample so wondering about the best way to use it.