On Friday night Storm Hannah arrived here in Wales after battering Ireland. I was babysitting my Grandson who slept blissfully through the winds and things crashing and banging around outside. As I drove home at midnight the car was shaking in the wind gusts and I came up our track with a feeling of dread. How would the new greenhouse cope?

The new greenhouse collapsed back by the wind. Sheets of glass blown a surprising distance.

In the car’s headlights the greenhouse was standing proud, hardly moving despite the force of the wind that buffeted me as I hurried inside. I read for a while as the wind shouted down the chimney and rattled the cat-flap, scaring the cats who took refuge from the invisible monster cat in the bedroom.

Two O’Clock and All is Well

At 2 am I headed to bed after one last check, shining a torch from the bedroom window. The greenhouse was still standing steady. Feeling all would be well, I dropped off to sleep.

Six O’Clock and Not Well

6 am and I awoke. The wind was still howling with gusts rattling raindrops against the windows. Being as I was up, I shone the light out and the greenhouse was gone. It felt more like a nightmare than reality. After all, it was standing rock steady just a few hours earlier. So, I made drink and then re-checked. It was truly gone.

On Sunday the weather having improved, I took a good look and tried to work out what had happened.

Preparation for the Storm

On Friday, knowing the storm was coming, I’d fitted some extra ‘L’ shaped brackets to hold the base down. It comes with 6 fixing points and I added a further five – each double screwed down and bolted to the frame. I’d also double checked the nuts were tight on the joining bolts and added an extra pair of W clips to most of the panes of glass.

Well the base hadn’t lifted, all the brackets and screws were still firmly down. What I think had happened was that the wind had gusted strongly at the face of the long side of the house and simply pushed it beyond the limit.

The winds were measured gusting to over 80 mph near to us on the Llyn peninsular. I wouldn’t be surprised if they were higher here with us being 600 feet up an exposed hillside. The wind was veering as well as gusting, if it had been hitting the house before the greenhouse we’d have been OK but it hit directly on the long face.

It’s so disheartening though, I was so pleased with it and sure it would resist the worst the Welsh winds could throw at it. With most greenhouses the frame is fairly sloppy until the glass goes in but this one was rock solid. I don’t know what gauge of aluminium they use but it was not lightweight.

I won’t try putting another up in the same place, it’s just too exposed a spot for a greenhouse. It may just be me but I definitely think we’re having more and more severe storms. If, as I think it may be, this is the start of climate change then we’re all going to be having similar problems in the future. 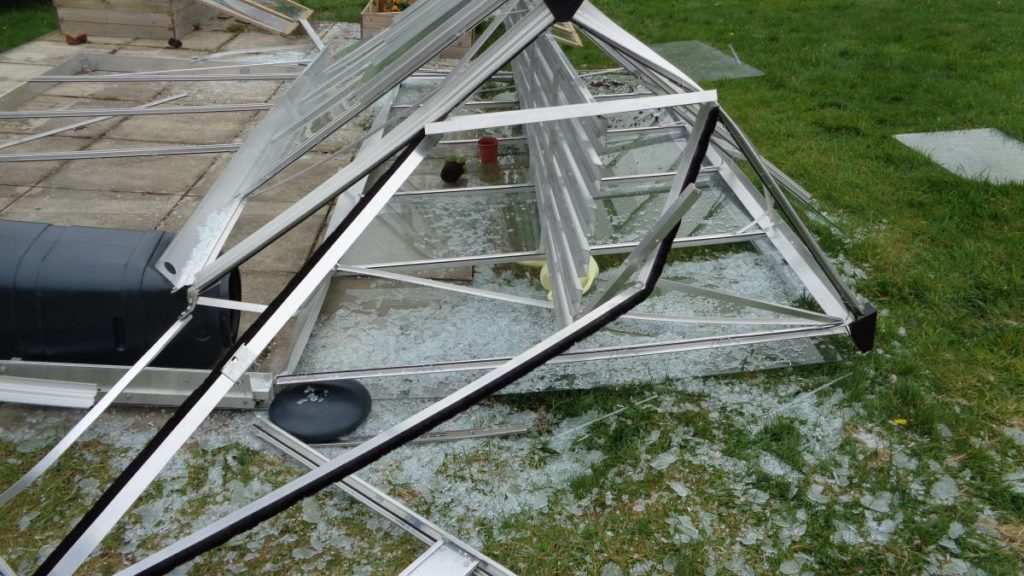 You can see how the thick side pieces have been bent out of shape by the force of the wind. 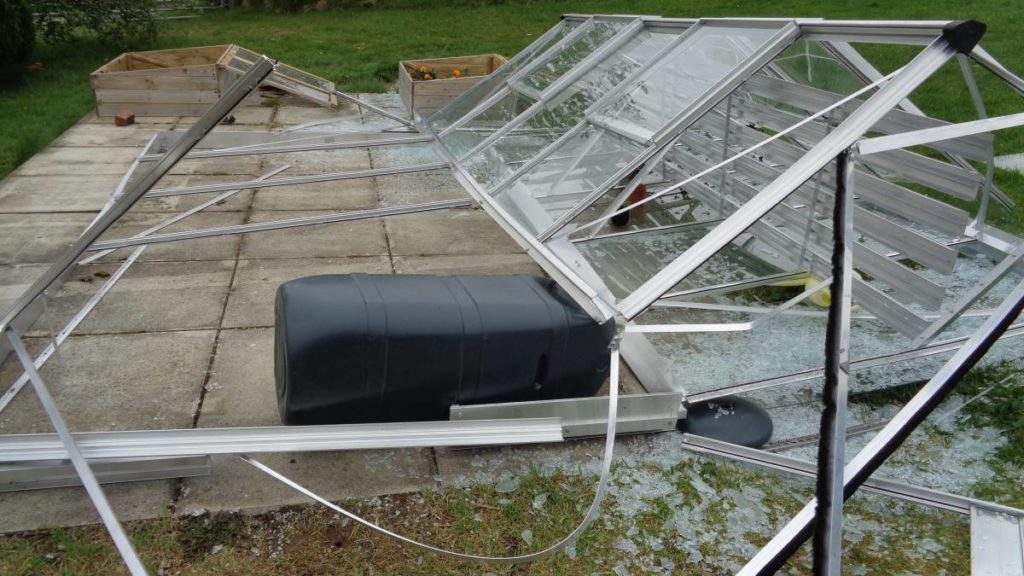 You can see in this side view how the greenhouse has been pushed over – surprising how much glass has survived. 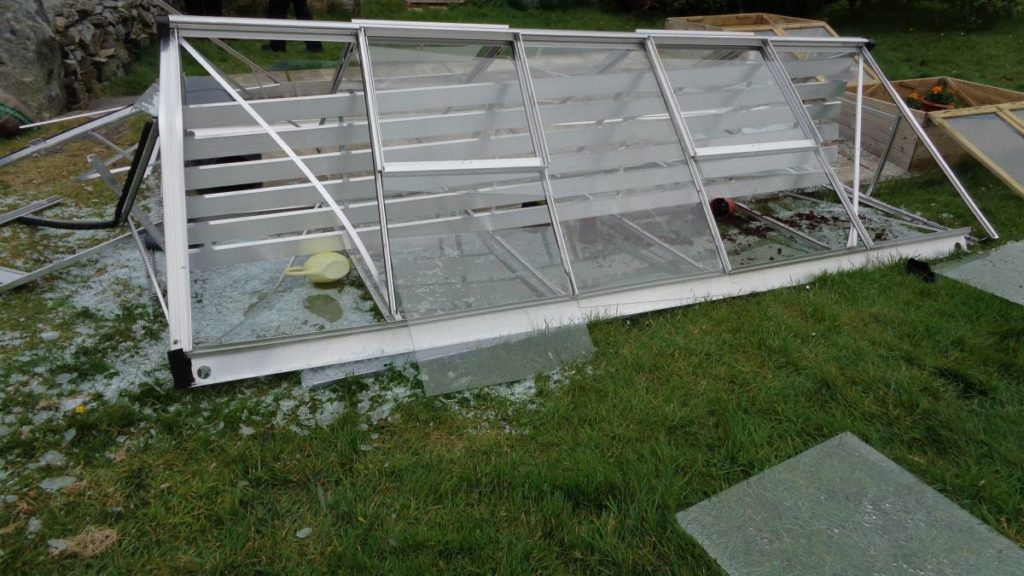 Rear of greenhouse – what a mess 🙁