The new greenhouse is finally finished. I’m very pleased with it but what a job it was. The frame was pretty solid even before the glass went in. A lot of the strength comes from the ridge bar which is really hefty but all of the glazing bars are just that significant bit thicker which makes a big difference. 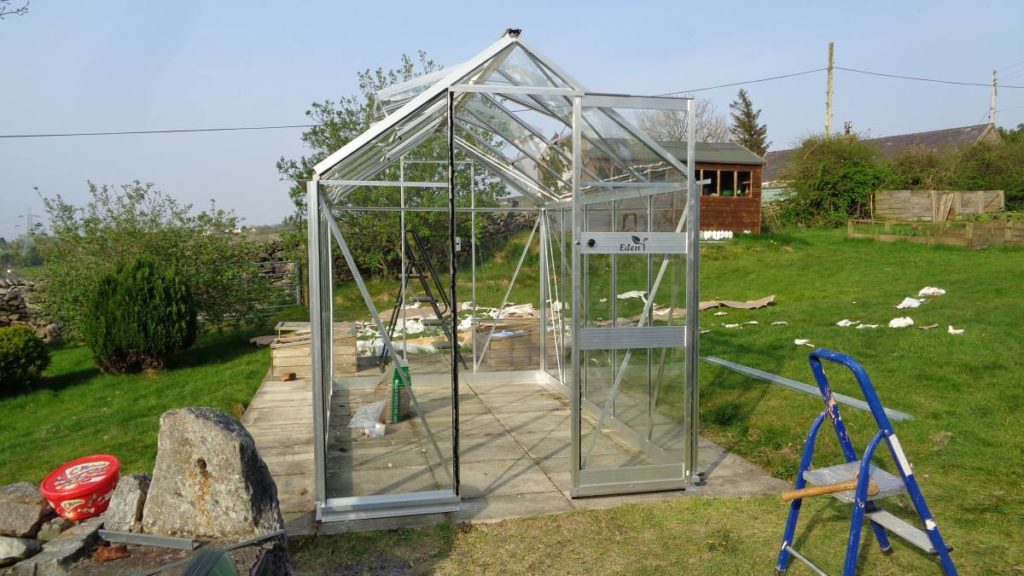 Glazing Nearly Finished – not much more to do, now.

The door is rather swish, just gliding along on the door slider assembly. Putting the door together and fitting it is a bit of a bee. Being as I lack the engineering gene – putting oil in the rotavator is a major achievement for me! – I asked my neighbour for help.

Left to myself I’d most likely still be puzzling over the bits but my fantastic neighbour has the engineering gene and did manage to sort it out. Even so, it took us most of Friday afternoon.

The door has a lock which is a real plus point for me. It’s not that I’m expecting burglars to sneak in at night to steal tomatoes, it’s the wind. One of the problems with the other greenhouse is that the wind can blow the doors open so I bodge it with woodworking clamps. Once a door blows open, the wind gets into the greenhouse and that can be catastrophic. The locked door is secure against the wind shaking it open.

Saturday we got the glazing in. I say ‘we’ – a friend came over and my son-in-law. A sort barn raising but with glass! Initially we hit a problem fitting the roof glass. I tried the the Eden customer services line but that only operates 9-5, Monday to Friday, excluding bank holidays. 🙁

So I called the retailer, Gardensite, who put me through to a very helpful chap. He explained I need to loosen the ridge bar, get the glazing in and then re-tighten. Worked a treat!

As we were glazing the sides, disaster struck. I passed a sheet of glass to my son-in-law and it just exploded. Tempered glass sometimes does that. No apparent damage or impacts and then bang. It was over grass when it went which made clearing up a game. There are some bits in the grass still.

It’s an ill wind that blows no good and the good here is that Eden supply an extra piece of glass in case you fit a louvre windows I’d been 50/50 about putting one in but since I’d have to pay about the same for a new sheet of glass, it’s a no brainer to get a louvre set.

Once the glass was in the cats decided to come and inspect the new construction. They declared it free of mice and left. 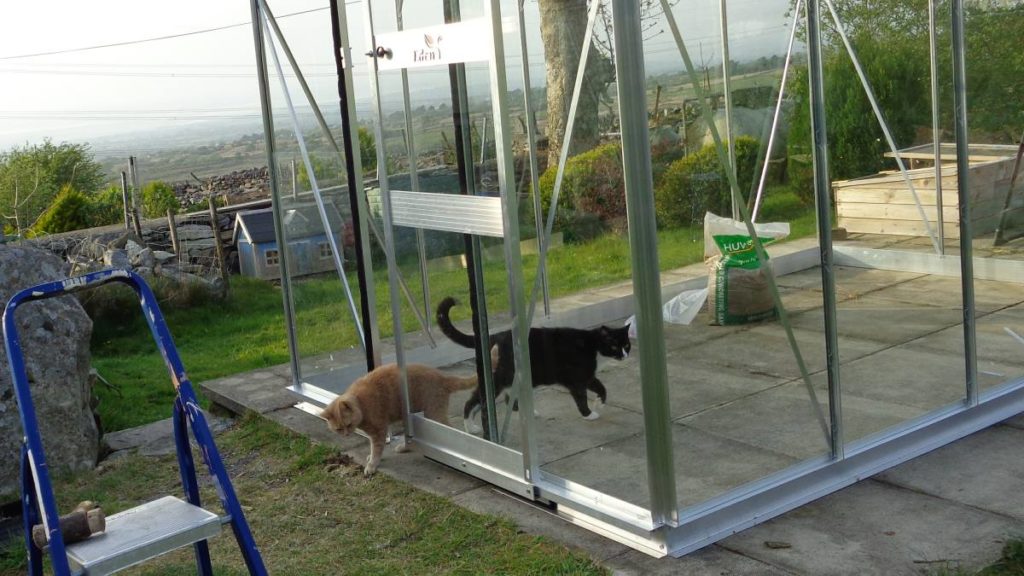 The Inspection Team in Action

My new greenhouse came with integral staging for one side, so the last job was to put this in. It was simple enough to do but involves working from the underside of the staging. Not so easy for me but my somewhat younger and fitter son-in-law stepped in again and had it done in half an hour. 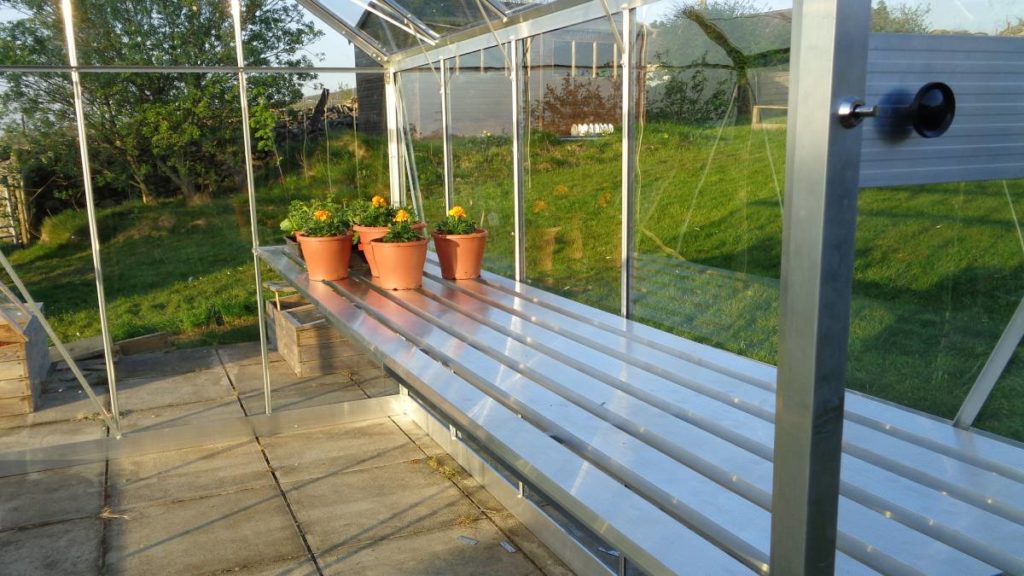