Spell of Glorious Weather Catch Up

Three days of glorious spring weather – except in February. Late February, admittedly, but still weird. I read something that didn’t call it global warming or climate change but weather weirding.

In some ways the most accurate description. Yes the problem is the planet heating up due to massive amounts of carbon dioxide which is causing climate change but the result is weird weather. It doesn’t come much weirder than T shirts in February. 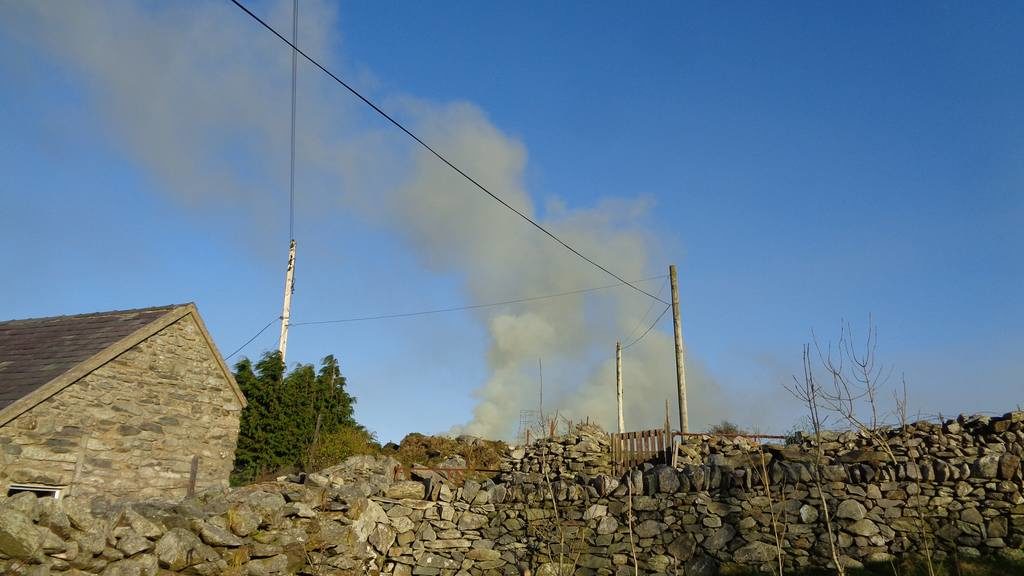 Being as it was warm, dry and most importantly windless, the local farmers are burning the gorse. Great columns of beige smoke rising into the blue sky. They’re not killing the gorse by burning it. What happens is the old dry growth on the gorse is burnt off and it reacts by growing new, tender shoots that the sheep can eat.

It’s one of those tasks that has little economic benefit for the farmers nowadays but is very important for the environment. If gorse is just left to grow it becomes a fire risk in the summer. The controlled burning prevents a wildfire a year or two later. 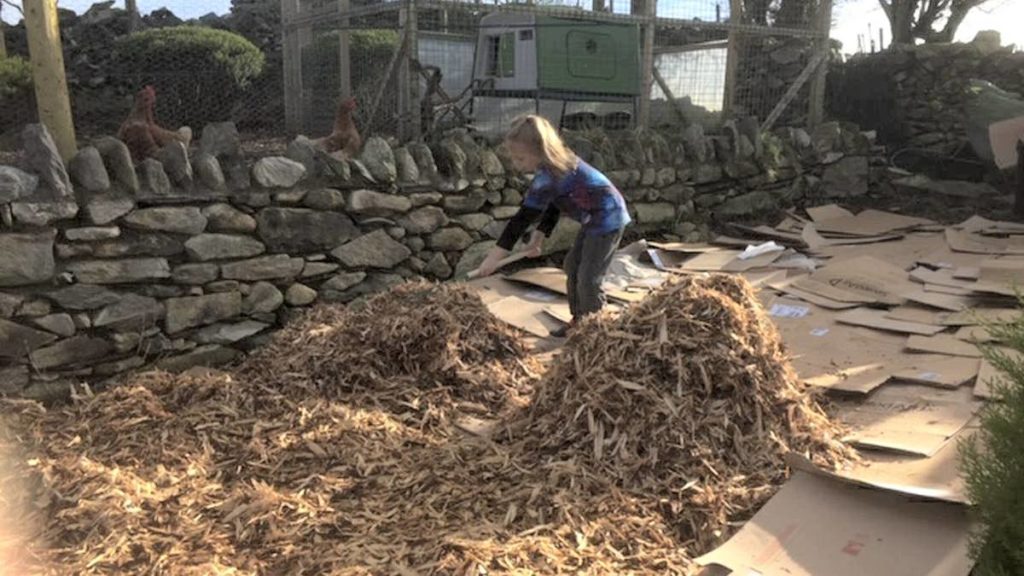 The new decorative border is fully covered now. I laid out cardboard whilst the son-in-law barrowed over the bark peelings. Hate to admit is, but he’s fitter than me so he makes light work of the job.

Now the grandson was demanding I find him a job. Not so easy as it has to be something he can do safely and preferably not cause more harm than good. He got the job of raking the piles of bark peelings over the cardboard. Kept him happy, was useful and only cost me his wages. He settled at 10p and an ice cream. Bless. 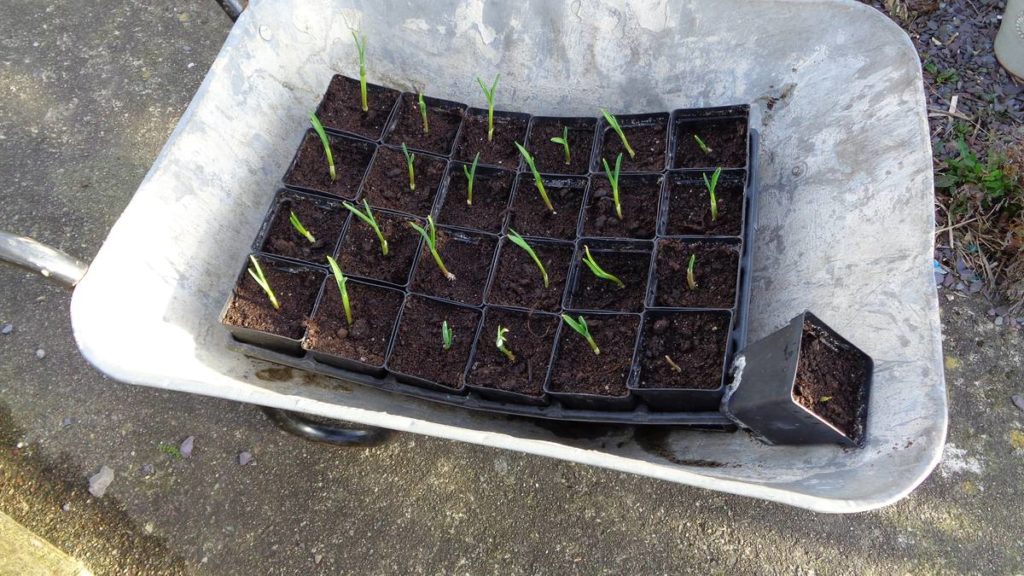 Garlic in pots on the way to the raised beds.

I got my garlic rather late this year so planted it in pots to start. You can actually grow garlic in pots to harvest but quite why you would I don’t know. Anyway, having got mine started off they’ve gone into a raised bed.

I’d also got some garlic waiting to pot but when I looked at them they were already starting to shoot and it was 18ºC so they got popped straight into the bed. If all goes well, we’ll have 50 bulbs of garlic by August.

Well that’s what Monty Python called it. My lovely neighbours bought a bunch of Scots pine and gave me half a dozen. I’ve planted those out and we’ll see how they do. Eventually they might reach 60 feet high – whether I’ll see it is another story. It’s an odd feeling to plant something that could still be growing in 700 years.

As well as being a commercial tree producing one of the strongest softwoods available, they’re important for promoting biodiversity. They’re a native tree so I’m hoping they’ll take. I’ve inoculated them with mycorrhizal fungi which will help.

I’ve given another raised bed over to broad beans – The Sutton which, being a small plant, should be OK in the windy field. I love broad beans but Val’s not so keen so I won’t grow another variety as well this year.

I’m going to create a new bed in the area currently under woodchips. Taking a leaf out of the no-dig book, the plan is to just rake off the woodchips to use elsewhere and open the soil by forking it. Not forking it over, just putting the fork in and wiggling it to open the sub-soil up. Then cover with 5 to 10 cm (2 to 4 ins) of compost. I’ll put a row or two of broad beans in to compare with the beans in the raised bed. The rest of this new bed will go to onion sets.

The plan was to get the new Eden greenhouse up in January. My son-in-law had a fortnight’s holiday in January and he was going to help. All we needed was a couple of reasonable days. Too much to hope for? Apparently so.

Anyway, the recent spell of good weather would have been ideal but I had a phone call from the manufacturer. They asked me to check the box numbers and it turned out that the guttering was incorrectly drilled. Of course, the replacement arrived just as the weather changed back to normal. Head banging on wall time.

Still, nice to see a firm being proactive about a problem rather than leaving the customer to find the problem. These things can happen to the best of firms, it’s how they handle them that’s important.

3 comments on “Spell of Glorious Weather Catch Up”