Wonderful Weather on the Plot

Some decent weather, well absolutely brilliant for early May and a bank holiday, gave me a chance to really get motoring. It’s been a very slow start to the year, even some of the trees are only just coming into leaf. Trees are a pretty good indicator of spring – the wisdom of millions of years of evolution. 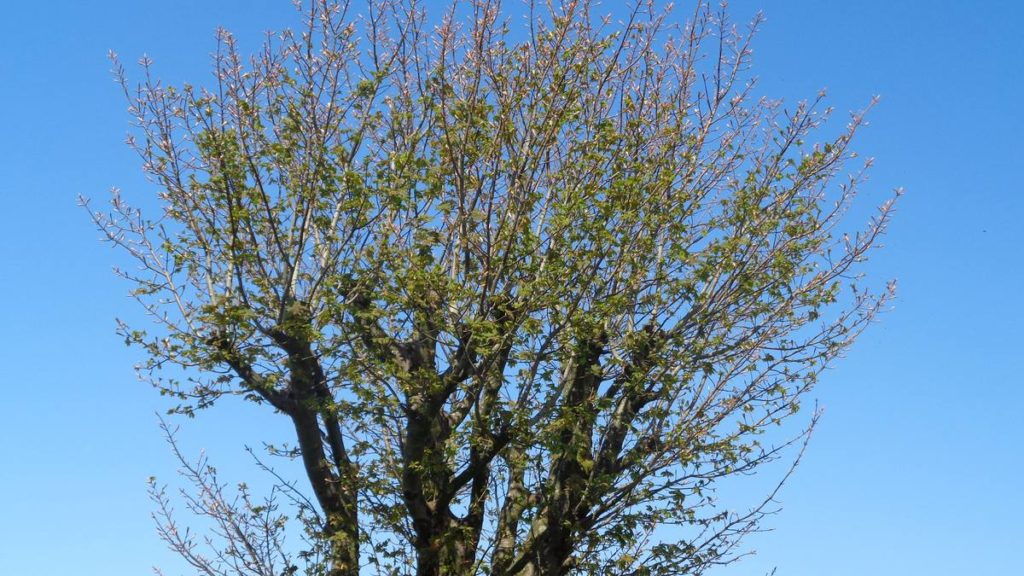 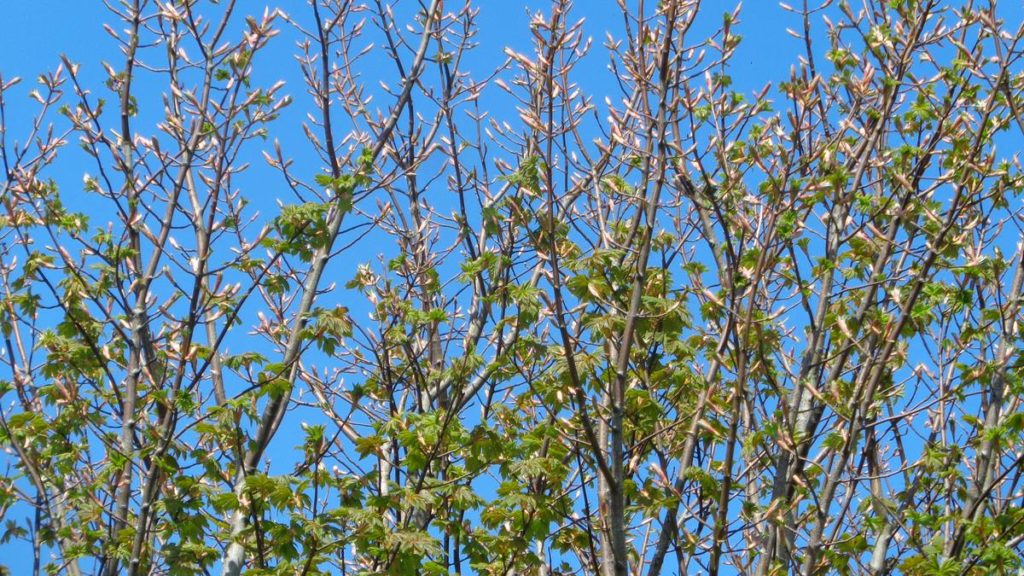 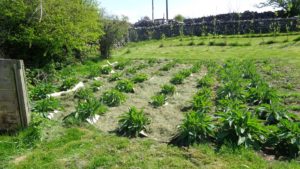 Mulched Comfrey Plot – The comfrey is way behind this year.

We’ve a lot of grass here which I used to look at as a problem. Now I look at it as a resource. A lot of this first cut has gone down as a mulch around the comfrey. It’s doing better since I started mulching but the soil here is very poor which means that the comfrey isn’t as vigorous as it would be on decent land.

In hindsight I should have planted it closer together to shade out weeds. On decent land it wouldn’t have been a problem but it’s too late to move it. You can’t move comfrey plants – the roots are too big and any left in the ground will grow into new plants. So they’d end up very overcrowded. It would be great to be perfect! 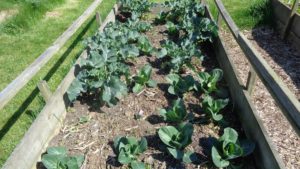 In one of the raised beds the calabrese and small (Hispi) cabbages are mainly doing OK but for some reason a couple of plants have just not grown and look near dead. I’ll blame the cat. It’s not a blinking toilet!!

I don’t think I’m going to get the central bed widened before I need to start using it, so that’s going to wait. I’m not 100% sure it’s the best idea anyway as it may make working on the side beds difficult.

This year I’m doing all my peppers in the side border of the tunnel. I’ve interplanted a few Little Gem Lettuce, I’ve got far too many of those but the chickens love them so I’m growing my own eggs in a way. 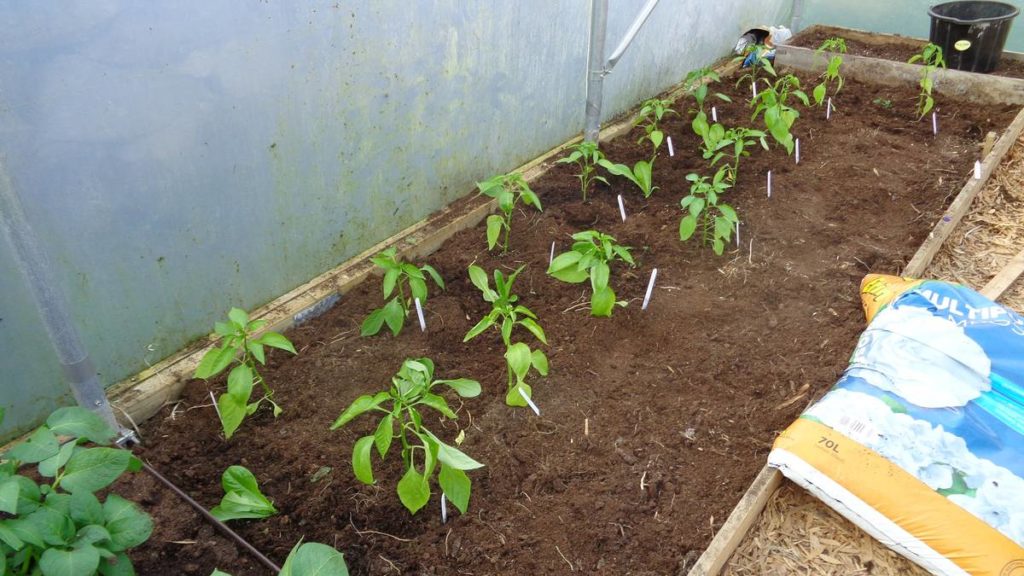 Peppers & Lettuce in the Polytunnel side border

Not far off some ripe strawberries now, I might even get to taste one assuming the grandson doesn’t get there first! 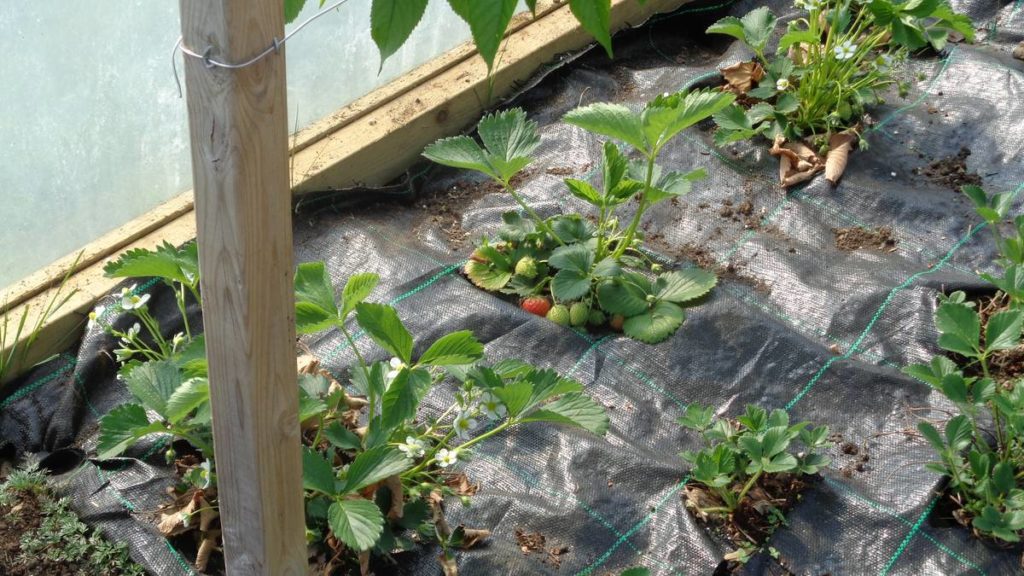 Despite having both front and back doors fully opened it’s been scorching in there – strong sunlight really heats up a tunnel. I nearly joined in naked gardening day but some sights are just too much for mortals! I brought another bag of compost up to fill the raised beds I’m using for forced carrots but didn’t have the heart to wake sleeping beauty up. Our best mouser, Niblet, was fast off in the warmth. 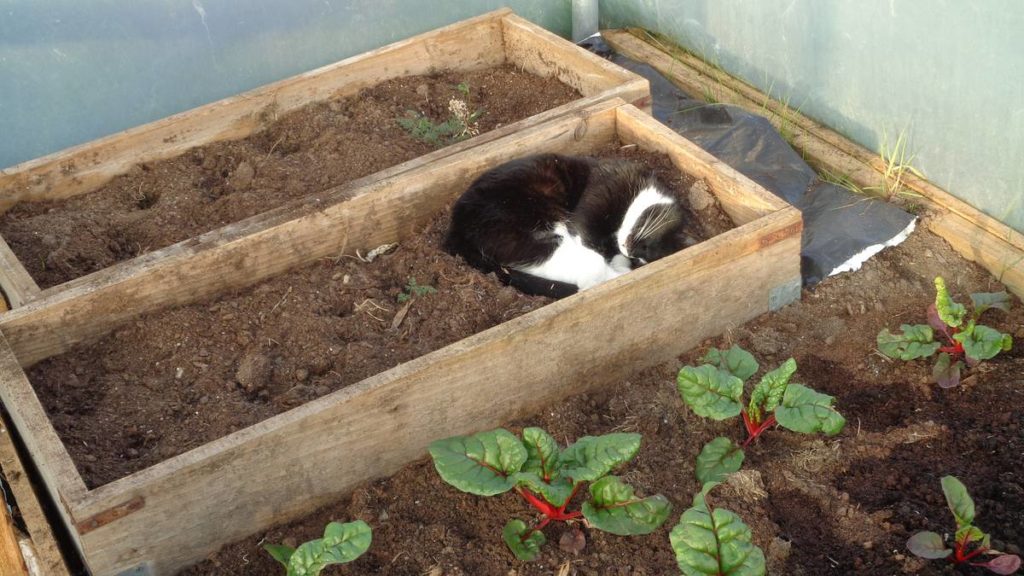 Niblet Sleeping in the Polytunnel

The original plan was to plant out the spuds on St. Patrick’s Day – 17th March. But with the weather that got changed to Easter – 1st April. Planting in the snow not seeming the best plan, that didn’t happen either. Anyway, between weather and other things cropping up they just haven’t gone in until now.

I’d have liked to have used comfrey under them but that’s still not ready for a cut so they’re getting planted with grass clippings. It seems the more I plan the less that goes to plan. It does make life interesting. I just hope I’m getting a crop before the blight arrives – which was part of the reason for planting on St. Patrick’s Day. 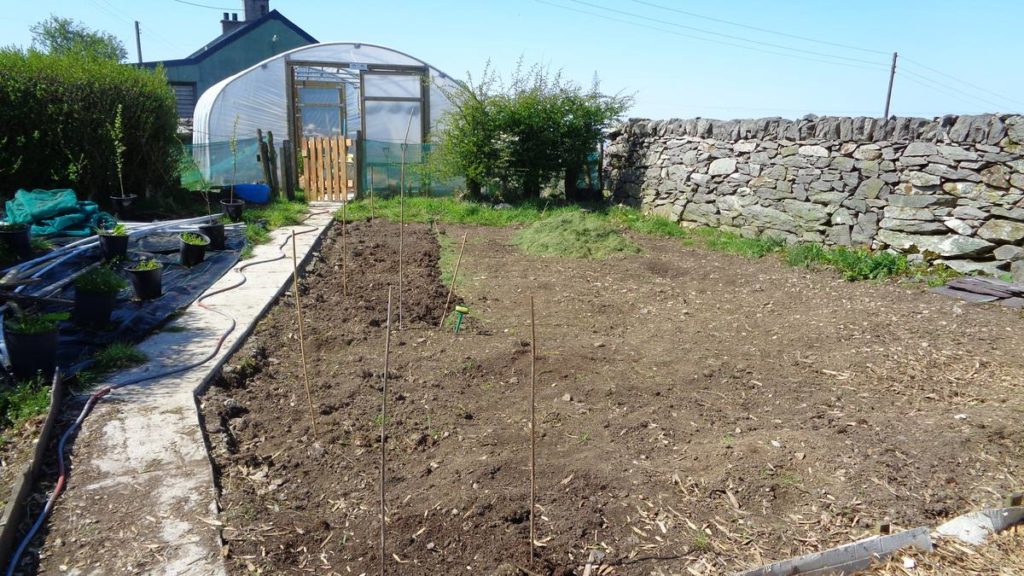