Disaster in the Polytunnel

You have to be an optimist to garden or farm. We pop seeds in the ground and hope they’ll germinate. Then we hope the weather will be kind – not too hot, not too cold, sunny but with enough rain and so on. Finally we hope that they won’t be struck down by disease or eaten by predators before we harvest.

Of course we help things along. Warm blankets of fleece when it’s cold and watering when its dry and more often than not we win. Not this time though. On Sunday I thought the potatoes growing in the polytunnel for Christmas were looking a little poorly. Nothing I could put my finger on, just a feeling that they weren’t doing as well as expected. 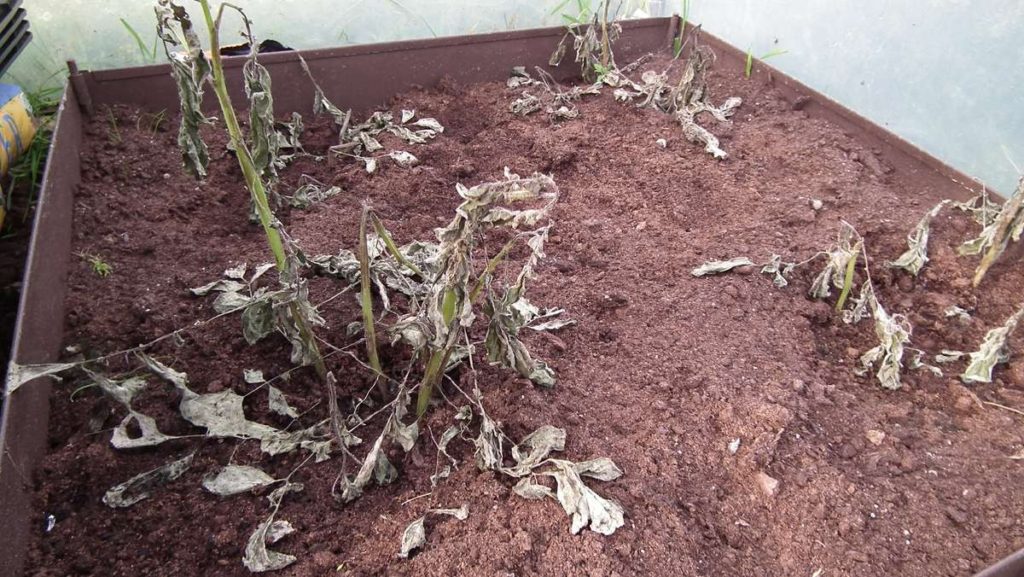 Monday was a bit stormy as the remnants of hurricane Ophelia ploughed through, stripping the autumn leaves from the trees. It was pretty rough but we’ve had worse. Val even ventured down to the village to post out the book orders. I stayed safely inside apart from nipping up to check on the hens and the greenhouse.

Tuesday I went up to the polytunnel and my concern about the potatoes was justified. It looks like some virulent blight has hit them. They’re finished. Deader than Monty Python’s parrot.

It’s not all bad news – never is. The lettuce are doing extremely well although I think a slug got one of them. I don’t know where they all come from but I keep spotting and killing slugs and snails in the tunnel 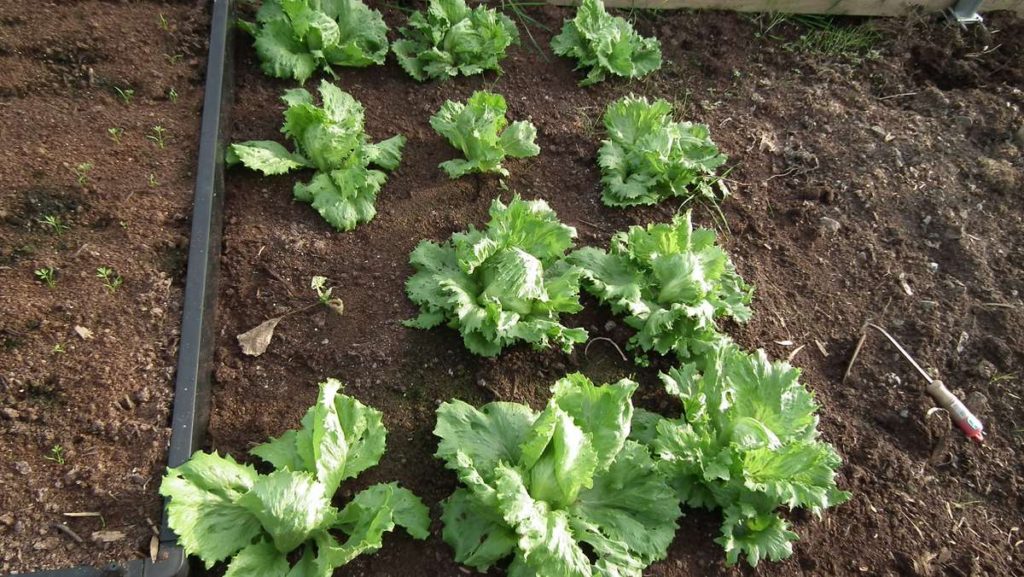 I’ve also lost two of the Hispi cabbages to slugs but the winter cauliflowers (just two) are doing fairly well. 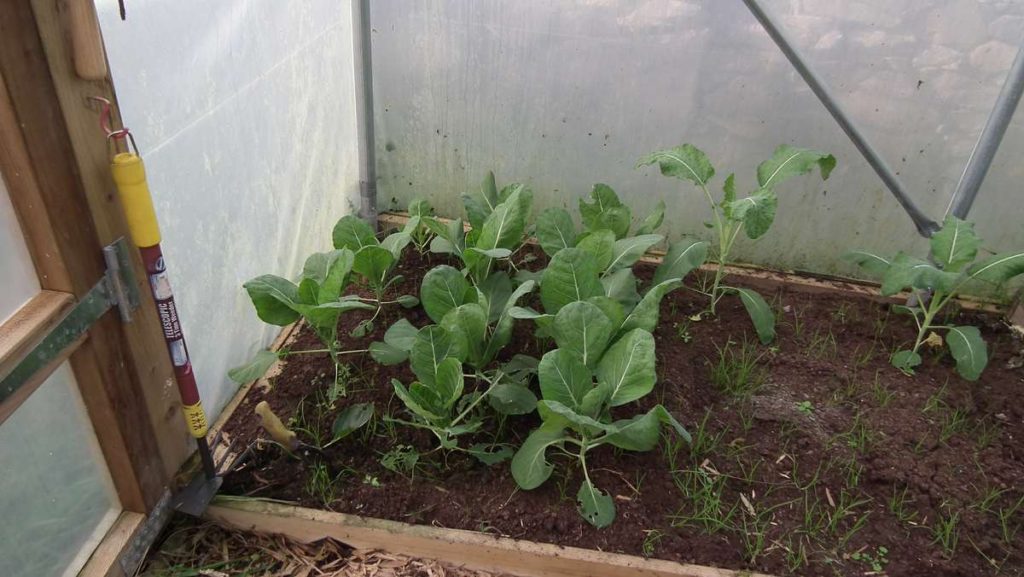 Brassicas in Polytunnel – some weeding to do!

The runner and climbing beans are finished now so I’ll be taking them down when I get chance. I’ll leave the roots but the foliage will do well on the compost heap. I’ll certainly grow both of those again next year but with one change.

Wednesday was a fair day as well so the grass got cut. Hopefully the last cut for a while with winter nearly here. The comfrey started off in pots planted out. I’m a bit surprised but about a dozen of the comfrey root cuttings have yet to show. I’m tempted to empty out a pot and see what’s happening. Usually I have 100% success with comfrey cuttings.

Today has been mainly spent inside working. My monthly article for Home Farmer went off at 5pm so that’s one job ticked off the list. I must admit the retirement is beginning to look attractive, perhaps a holiday is called for soon.

3 comments on “Disaster in the Polytunnel”

Leave a Comment Here on Disaster in the Polytunnel Cancel reply