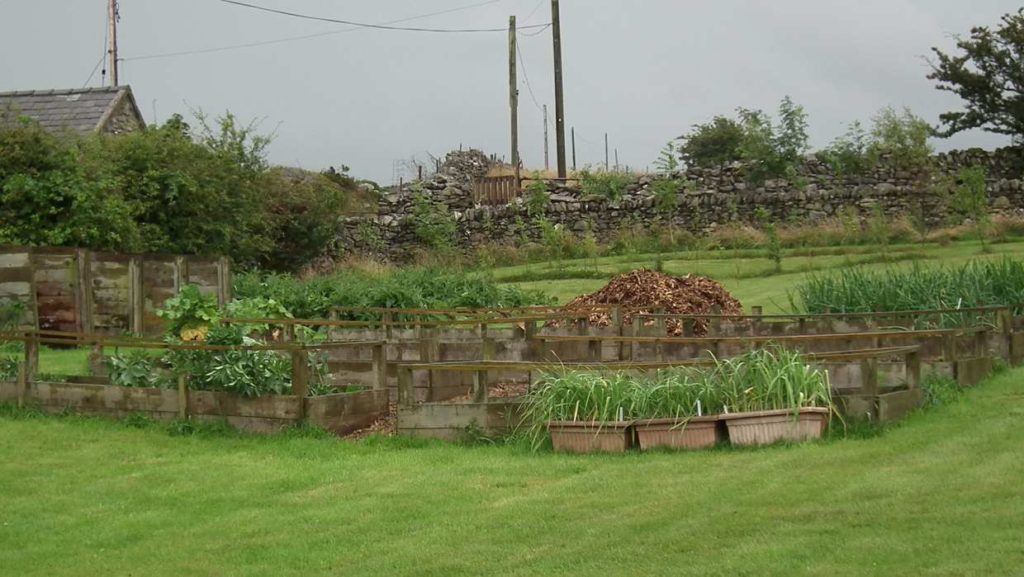 We’re having some work done on the house, re-painting and replacing the facia boards and guttering. So all the flowerpots and other things by the walls had to be moved. No problem with the flowerpots but my Hotbin composter was by the wall.

I emptied the Hotbin to make it easy to move, the made compost going to the veg plot and the unfinished materials returned to the bin when it was moved. Whilst it was empty I took the opportunity to hose it out, clearing vent holes etc.

Moved the bin, reloaded and carried on with other things. Some hours later I opened it to pop a weed in and a blast of heat hit me! Ideally you want compost to heat up to about 60ºC but this was heading for 80ºC. At that temperature even the heat-loving bacteria that kick in above 35ºC are being killed off.

My compost reactor was having a meltdown! Cooled it down by stirring it around and adding shredded paper but that was a surprise. It went critical so quickly.

On Thursday my neighbour kindly went down to the sawmill with me to fill his large hydraulic-tilt trailer with bark peelings to use between the raised beds etc. Just as we were about to leave he realised a tyre was down on the trailer, a screw stuck in it.

Got it re-inflated and back home where we tipped the peelings by the raised beds but the tyre was annoying for him.

You’ll notice the leeks still haven’t been planted out.. I’d planned that for Thursday too.

We’re getting a bit overwhelmed with courgettes so Val decided to make some courgette and pineapple jam. Apart from one that was growing into a marrow, the rest were quite small and I just managed to scrape a kilo together.

The Hana cucumbers have not done well. They started brilliantly but have been overwhelmed by powdery mildew even though the greenhouse has been well ventilated and despite various sprays. One plant has died and the other looks about ready to follow. I’m trying a new spray which is winging its way to me. Fingers crossed.

The Burpless Tasty Green in the polytunnel has cucumber mosaic virus but managed to provide two magnificent fruit over a foot long. I didn’t want to bin the plant as the other cucumber in the polytunnel didn’t seem to be producing. Today I found 3 fruits under its foliage.

I’d potted up 30 comfrey cuttings and was intending to move them up to the other veg area. Well I’d got as far as loading the wheelbarrows before going in for tea. After last night’s rain the wheelbarrows were nearly full of water so unload all the pots and empty out the barrows. 1 step forward, 1 step back doesn’t get you very far. 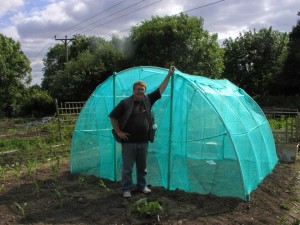 Also on Thursday, I got the brassica tunnel up in the walled veg plot. I’d had it back in 2010 and it had come with us when we moved. The pipes were fine but the clips that join everything together had become brittle and were breaking as they were pushed on. I ordered some more and they were fine.

Having got the skeleton up, the netting cover was a problem. Some had been used for other things but I’d got some rolls of windbreak netting in the shed so treated it to new netting. Got that all fitted and was planning to plant up on Monday. God laughed.

Last night we had a lot of torrential rain and winds gusting around 45 mph which counts as a gentle breeze here. I wasn’t worried, they have these netting tunnels in the Falkland islands where the winds are even more challenging than here. Well the tunnel was down. 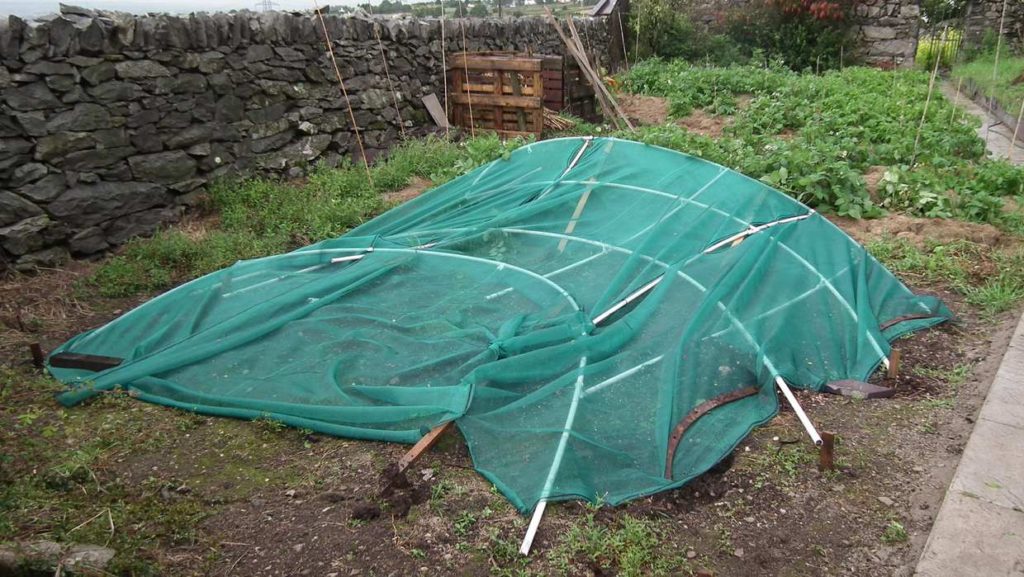 Brassica Tunnel Down – it lasted one day.

I might well have done something wrong when building it, it is seven years since I last built it and I was going from memory so phoned up the manufacturer who said they’d pop a set of instructions in the post.

I like listening to the radio on a pocket radio whilst I’m outside. So there I am, snipping back some hawthorn with the secateurs and the radio went dead. I’d cut the cable. Should have stayed in bed!