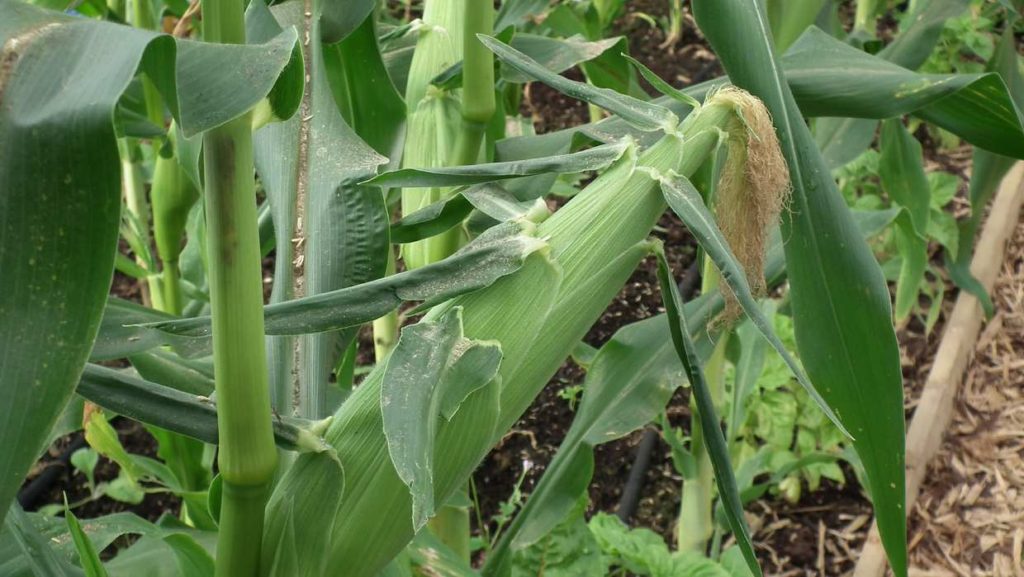 First job was to strip the fallen brassica tunnel back down. Snipping all the cable ties, what a waste of time. Oh well, worse things have happened before and will probably happen again.

I did a bit of weeding and added them to the Hotbin. It’s running hot but not too bad at 65ºC. It still seems miraculous how you can fill the bin to the top, squashing everything in and a day or two later there’s masses of space again. Because it heats up so well, no need to worry about weed seeds germinating in the finished compost.

Back up to the polytunnel, feeding and watering mainly with a bit more weeding thrown in. The peppers, tomatoes and aubergines all got tomato feed along with Chill Out to protect them from heat. The sweetcorn, courgette and cucumber plants all got Miracle Gro which is a high nitrogen feed.

There are masses of climbing beans ready to harvest and the runner beans are coming ready now. I noticed one of the corn cobs’ tassels are turning brown so it won’t be long before we’re harvesting them. Really looking forward to my own fresh sweetcorn again.

Spent ten minutes just watching clouds. Different layers sliding over each other and shapes forming and dissolving. Then it got a little unusual. Some really heavy cloud went over, spotting rain on us mortals below. After they’d passed by the sun was bright and warm. Then a number of thunders rumbled and cracked just to the east but not a drop of rain at that time although we had had a heavy shower earlier.

The potted comfrey cuttings finally got moved up to the big field along with the sea buckthorn. I’d best add ‘preparing the ground for planting the comfrey’ to the ever-growing list of things to do.

Sunday was supposed to be light cloud but it spat gently off and on. I just knew that if I started any outside jobs it would pour down so did some tidying up and feeding in the greenhouse and potting shed.

There’s something attacking my peppers. The symptom is one hole in the side and then the pepper starts to rot from that point. I’ve no clear idea what is causing it, some sort of insect I assume.

Val harvested a large bowl full of the climbing beans which we blanched before freezing. She also made six jars of courgette and pineapple jam. Stuffed peppers with salad tonight, all our own produce apart from the rice and cheese – yum yum! 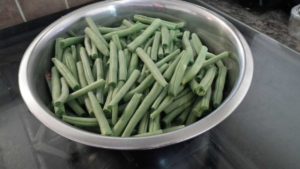 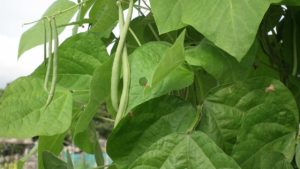 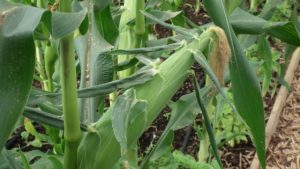 Sweetcorn – This is the one we ate! 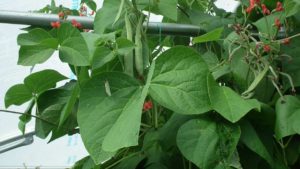 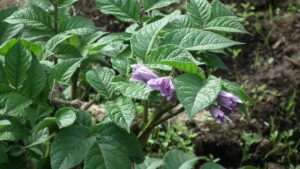 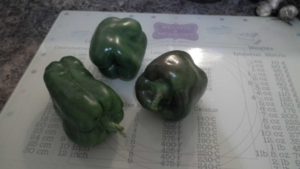 Peppers to Stuff for tea 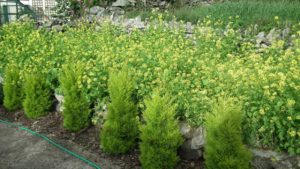 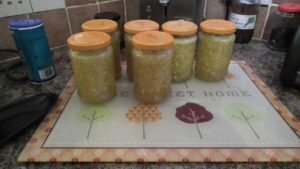 4 comments on “Back to Positive”

Leave a Comment Here on Back to Positive Cancel reply