Working on the Raised Beds 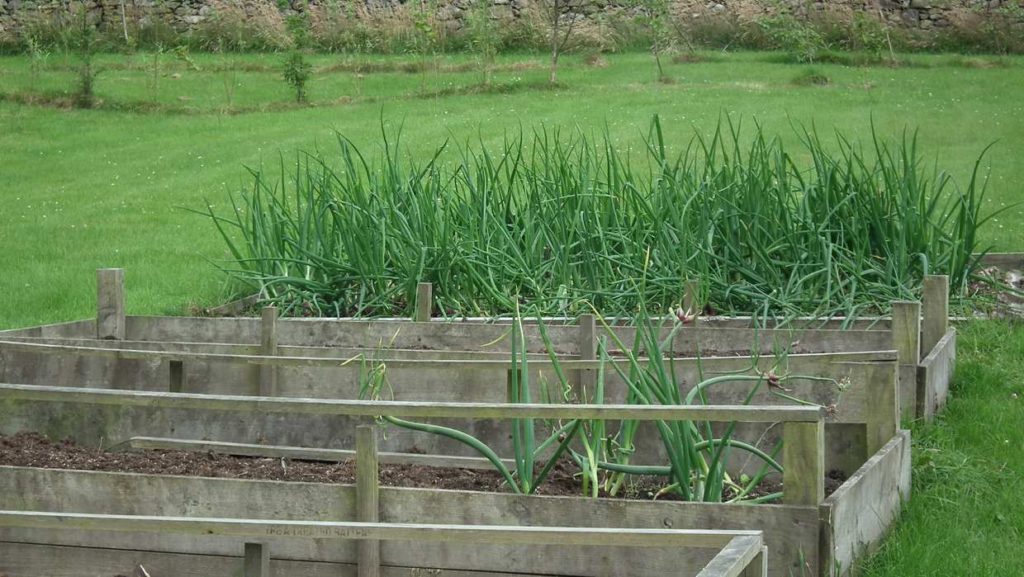 Onion Bed with Walking Onions in the foreground.

The big job for the week was my raised beds. One still has some broad beans left that may produce a few more pods but the others are now cleared except for a few walking onions and the main onion bed.

My parsnips this year have been a total failure. I had a trial pack from a supplier and they just didn’t germinate. That’s the purpose of a trial pack – to see if they will work for gardeners across the country. So that was one bed clear. Garlic and shallots are up and out which cleared another couple of beds.

The compost bins were then emptied onto the beds. Some of the compost is still a bit lumpy with matted grass roots so ran the Mantis tiller over them to break everything up and mix it further.

The Mantis has the effect of fluffing up the soil to create a lovely tilth. Most of the beds are now full to the top meaning there’s about 20” (50cm) depth of good topsoil / compost mix in them.

Actually seeing more earthworms now, which is a good indicator of soil health. The biggest earthworm I’ve ever seen came out of the compost. It was about a foot long! It may well have interested Charles “Origin of Species” Darwin who also wrote The Formation of Vegetable Mould through the Action of Worms, with Observations on their Habits which was published in 1881.

He estimated that arable land contained up to 53,000 worms per acre but later research from Rothamstead suggested much higher figures of 250,000 per acre of poor soil ranging up to 1,750,000 per acre of good soil! Amazing to think what’s going on just under our feet.

The paths between the raised beds are covered in quite a depth of bark peelings which slowly rot down. I’ve topped them up a few times now and if you scrape the top inch or two off, it’s now a dark, humus rich soil.

What I may do is rake the un-rotted and partly-rotted peelings from the paths and use them in the compost heap as ‘browns’. Then shovel up the humus-rich soil from below to use on the beds before adding new peelings to re-make the paths.

I’ve always believed that wood chippings and particularly sawdust isn’t suitable as a mulching material for vegetable crops as the rotting down process of the high carbon material sucks nitrogen out of the surrounding soil.

Recently though I’ve come across some reports that seem to indicate the nitrogen robbery doesn’t happen so long as the material is just laid on the top of the soil and not cultivated in at all. One chap even laid sawdust some 6” (15cm) deep and planted through it.

It does make sense as the decomposition rate of wood chippings on the paths is very slow. The question is, ‘Am I brave enough to try it out and see what happens?’ Maybe on half a bed with and half not.

I’ve got some large troughs with leeks in which are ready for planting out now. However, they’ll have to wait for another day. 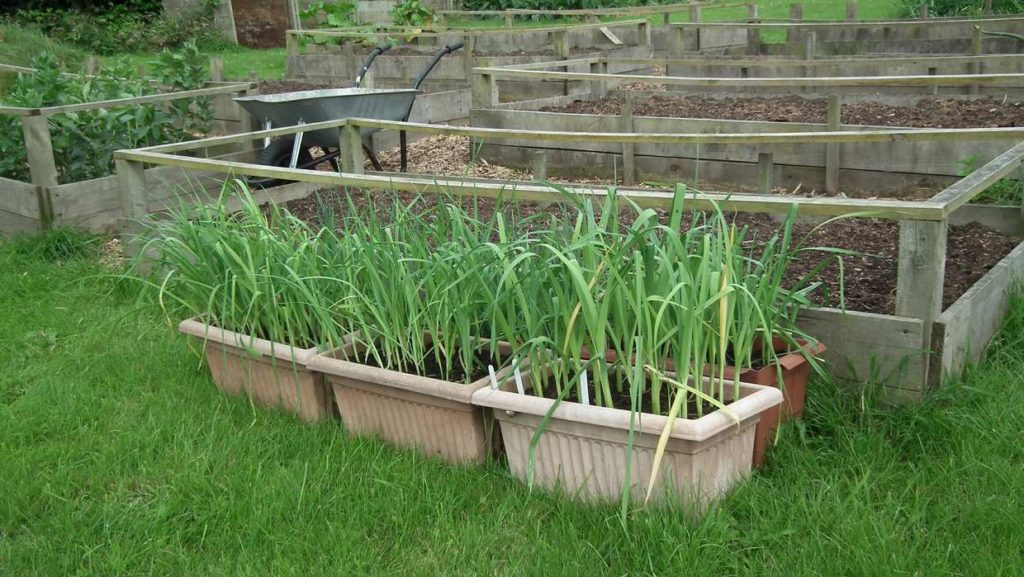 Leeks in troughs ready to Plant Out