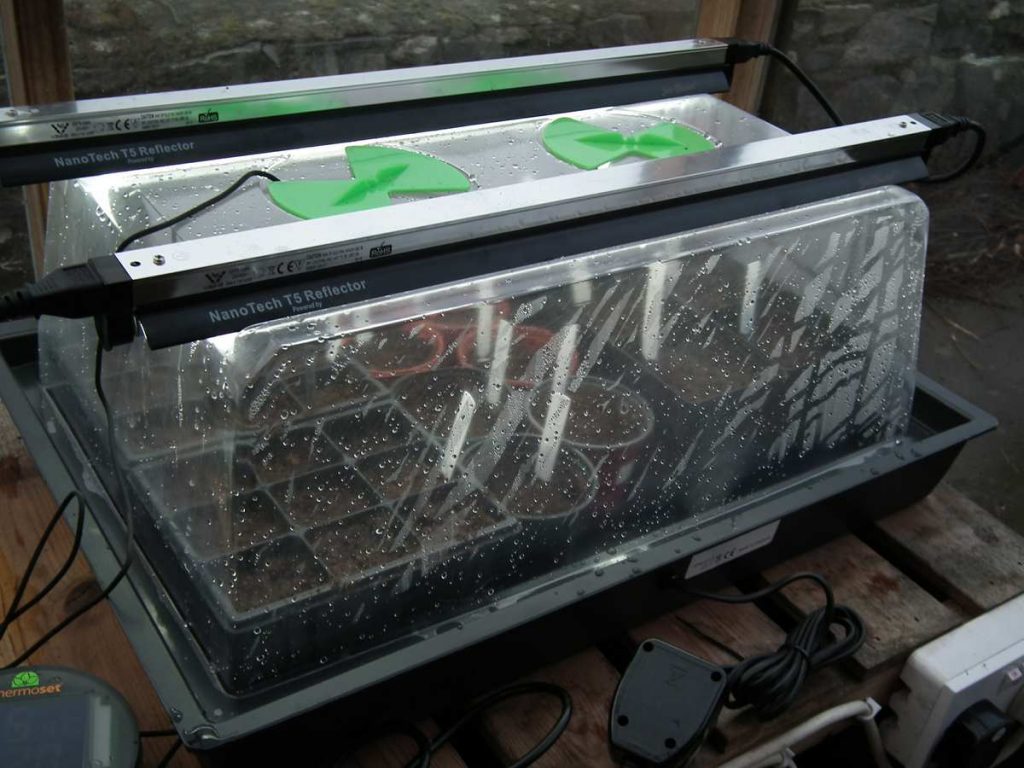 Sowing in The Potting Shed 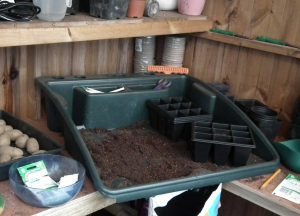 Since the cold snap seems to be over, I’ve started sowing. It feels a bit early but with the propagators, growlights and the addition of capacity with the polytunnel for sheltered cropping, it’s time.

Aubergine and peppers are in the Geopod but the lights aren’t on yet. There’s no point until the seedlings come through.

I’m starting broad beans in pots. There’s no need normally, they get off with direct sowing well enough but I don’t trust the seeds much, they’re last year’s and have been stored well but this way I can see just how many actually germinate. 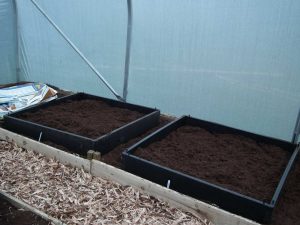 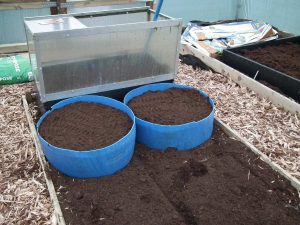 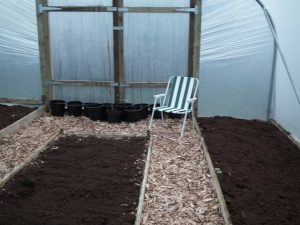 New Chair in the Polytunnel

The old apple trees are gone. These produced but a few scabby fruits and my neighbour told me he’d planted them from pips. All very well except you’ve no idea what the fruit will be like – 99.9% of pip grown apples are rubbish or how big they’ll grow to. That’s why we’ve been grafting apples for a couple of thousand years.

Cutting them down was delegated to my son-in-law who seemed to enjoy being a lumberjack and has already started pressing wild flowers.

The thicker boughs of wood will be seasoned for a year and then heat the house, the shrapnel will go on a bonfire.

Back up into the tunnel where I set up two raised beds using link-a-bord. One has Arran Pilot potatoes and the other Sharpe’s Express. 9 seed tubers per bed, spread equidistant. Each bed got about 100 grams of potato fertiliser. I should be starting to eat new potatoes towards the end of May.

Next I cut two slices out of 1 large slice of blue barrel. That gives me 2 round raised beds about 20cm (8”) deep into which I’ve sown Touchon carrots. These are a heritage French variety dating back to around 1700. They’re an early variety, Nantes type with a cylindrical body which makes preparation easy. A good flavour, quite sweet and they store well. I picked up my seeds in France but you can buy them easily enough over here. As far as I’m concerned they’re perfect.

With luck, I’ll be eating thinnings in March and full size carrots (around 15cm. 6”) in early April.

The raised bed with coldframe on top is going to get an early courgette, I think. All plans are subject to change without notice if I have a better idea!