Tidying Up, Power to the Shed 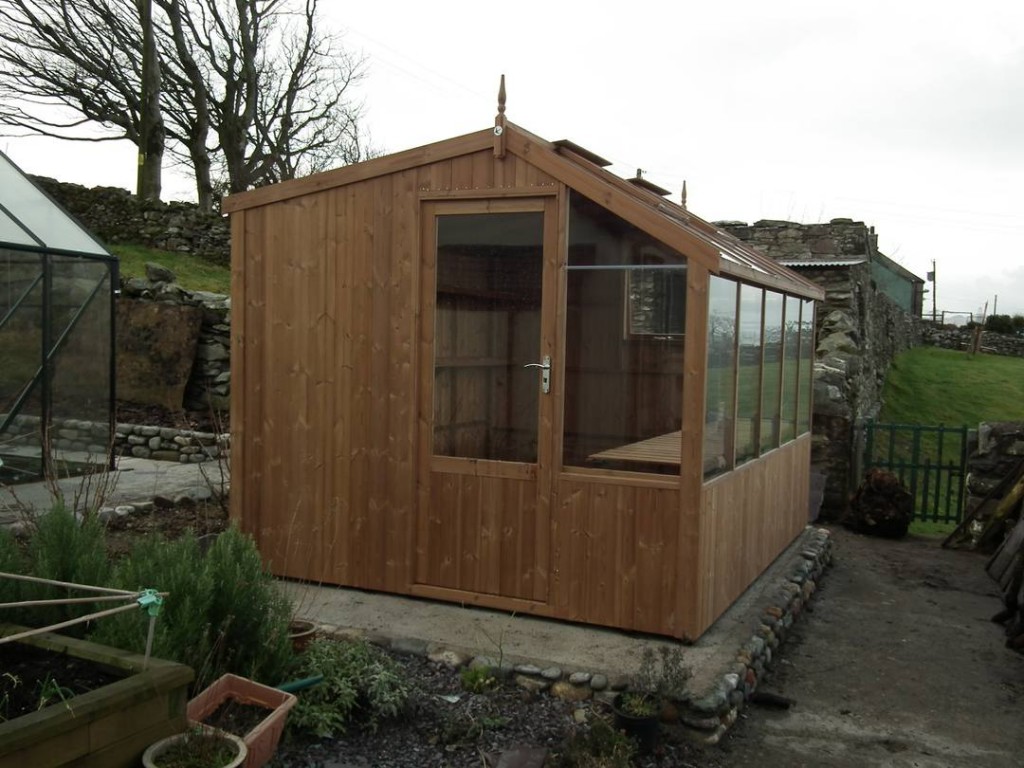 My leg’s a lot better, which is great. I can actually get around again without too many twinges. It’s been hard to resist the temptation to over-do it which could make it worse but I have. Yesterday I thought I’d head outside. Sadly, despite the BBC insisting all we had was light cloud, it was wet for most of the day.

In the end I went into the workshop and spent the afternoon tidying up. When it reaches the stage that you spend longer looking for the tools than doing the job, it really is time to tidy up and organise.

One thing I have found is mess expands to fill the space available, especially in sheds. And two sheds just doubles the mess to sort!

Sunday the weather was as predicted, dry with light cloud. Even some sunshine for a few minutes! So, straight outside to take advantage of the weather.

I started with the greenhouse. All the canes came out, floor swept and then over to the potting shed. There’s two of the greenhouse benches in there which I’ve decided to put back into the greenhouse and replace with a wooden bench I’m building myself.

Quite a bit of sorting and moving pots etc. to clear the benches which were moved into the greenhouse. This cleared the floor, so that was swept. Now it may not sound like much, but that took me up to 3pm including a short lunch break.

Power to the Potting Shed

The next job was to take the extension cable across to the shed. Although it’s technically an extension cable, being fed from a 3 pin plug in the outside socket, it’s actually going to be a fairly permanent installation.

I’m using a 2.5mm flex which is advertised for running power to caravans and good for minus 20C which is lower than I expect we’ll ever see here. It runs across the path so, to add extra protection, I’ve run it through a bit of hosepipe across the path. Then it runs alongside the blackcurrants before going into a junction box in the shed.

By the time I’d got the cable through to the shed the sun was sinking fast to the horizon and my leg was saying it was time to to stop. Just in case I was in any doubt, my grandson arrived. He loves to help but electrical wiring is a bit outside his skill set.

Since the rest of the work in the potting shed is inside, I’ll be able to tackle it whatever the weather.

Leave a Comment Here on Tidying Up, Power to the Shed Cancel reply