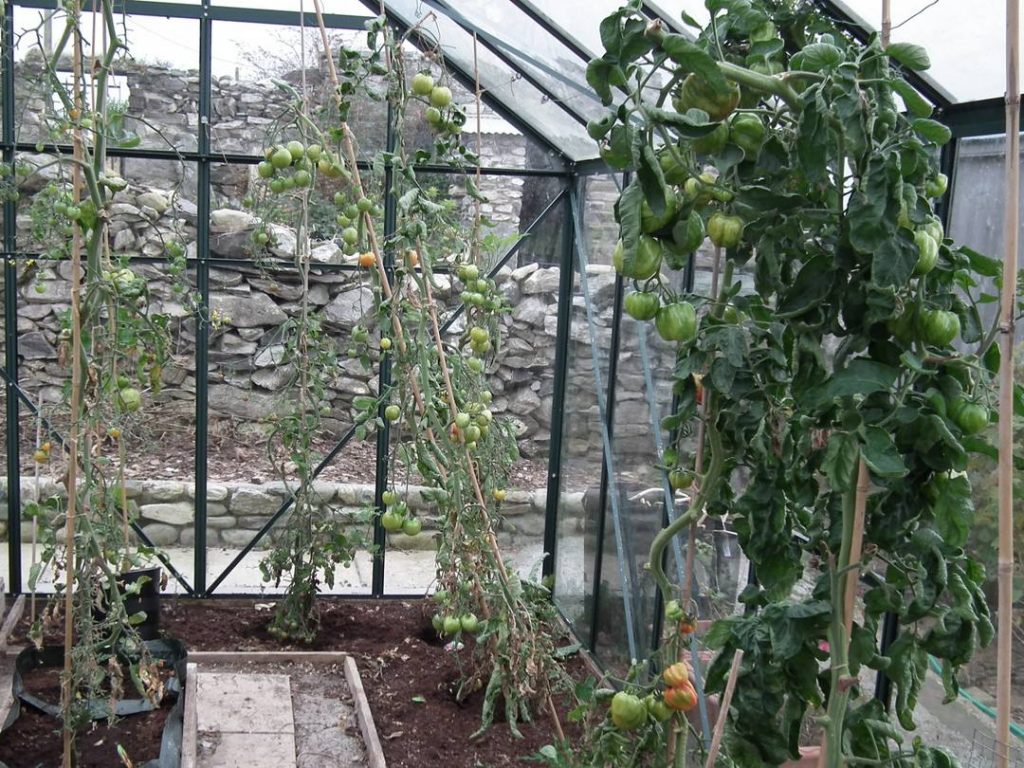 Last Tomatoes in Greenhouse – Striped Stuffer Tomatoes at the front and Ailsa Craig behind on the right.

So far October has been amazingly dry here. I think we’re running at about a quarter of normal rainfall which has meant plenty of potential time outdoors but – and there’s always a but – for me it’s been about teeth.

Long story short, and it’s a long story, is I’ve been in constant ache and pain for most of the month. Back and forth to the dentist so often even they’ve lost count. It’s crazy how much of an effect something as small as a tooth can have or the space where there was a tooth – just a breath of cold air in the mouth and OUCH!

It’s not as if I’ve been able to do much inside either – normally I enjoy writing and things flow fairly well onto paper (or at least the computer screen) but some days I’ve managed nothing. Strong painkillers are great but they do make you dozy, not the best state to write in.

The greenhouse is winding down as the season draws to the end. The sweet peppers are finished now. They’ve not done badly but the last few left on the plants were tiny and not going to go anywhere.

The first of the tomato plants to finish is now on the compost heap. I stopped feeding at the beginning of the month as it’s not going to make any real difference. There’s no point in wasting fertiliser.

Harvested about 3 kilos of tomatoes which Val has converted some of into a base cooking sauce and tomato soup which has gone into the freezer to see us through winter. The small Sungold super-sweet tomatoes are in a bowl which the grandson dips into like they were sweets. Unlike sweets though in that he doesn’t get that sugar rush which turns the sweetest toddler into a monster.

The raised beds are clearing now as well. As they clear I’m mulching them with a thick layer of grass clippings which will stop any weed growth. What doesn’t get absorbed into the bed by spring can either be dug in or popped onto the compost heap.

Leave a Comment Here on Winding Down Cancel reply