Making the Most of Good Weather 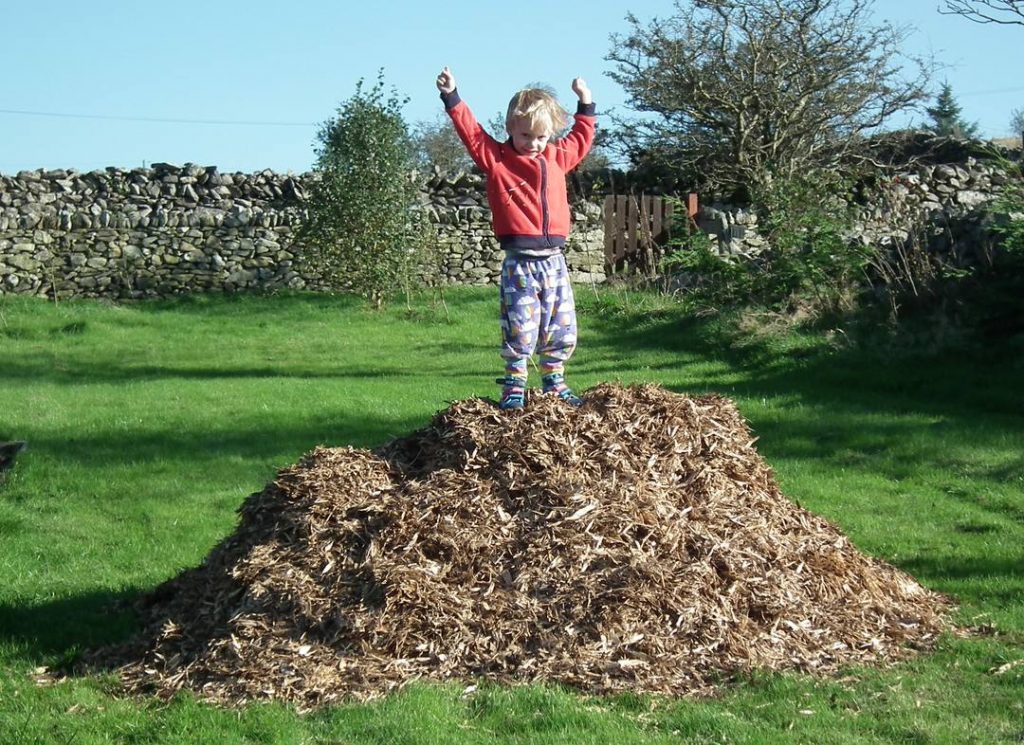 The weather’s been fair to lovely all week bar a little rain on Friday morning despite the BBC weather’s claiming it was sunny then. Still, we’ve had some real blue skies with fluffy clouds and bright sun at times. Getting colder with a real chill in the wind.

On Monday I had my newsletter to write which takes the best part of a day. I did get out for a bit with my neighbour though. He’d a load of scrap metal to take to the recycling centre and the sawmills are a bit further down the road so we got a load of bark peelings to go on the paths between the raised beds.

So I got a small hill of bark peelings to spread out. My grandson found it great fun climbing the mountain though. As his faithful Sherpa it was my job to help him but by the tenth time he had to manage on his own.

When he came around later in the week to find the mountain spread out between the raised beds he was not best pleased. He made his feelings as clear as only a three year old can.

The tree surgeon who called recently to trim back some trees growing towards the power lines has promised to bring me some wood chippings but until he shows I’m not betting on it. We’ll see if he shows or not.

Tuesday was not the best day. I got an email pointing out some links on the site were wrong so spent a couple of hours correcting them. I’m always grateful if people let me know if something isn’t working as it should.

Then it was down to the dentist for two deep fillings at the back. The dentist is good but I still felt like a used dishrag when she’d done. When the cocaine or whatever they use now to numb wore off, the ache started. So took some strong painkillers which made me really dozy and good for nothing for the rest of the day. 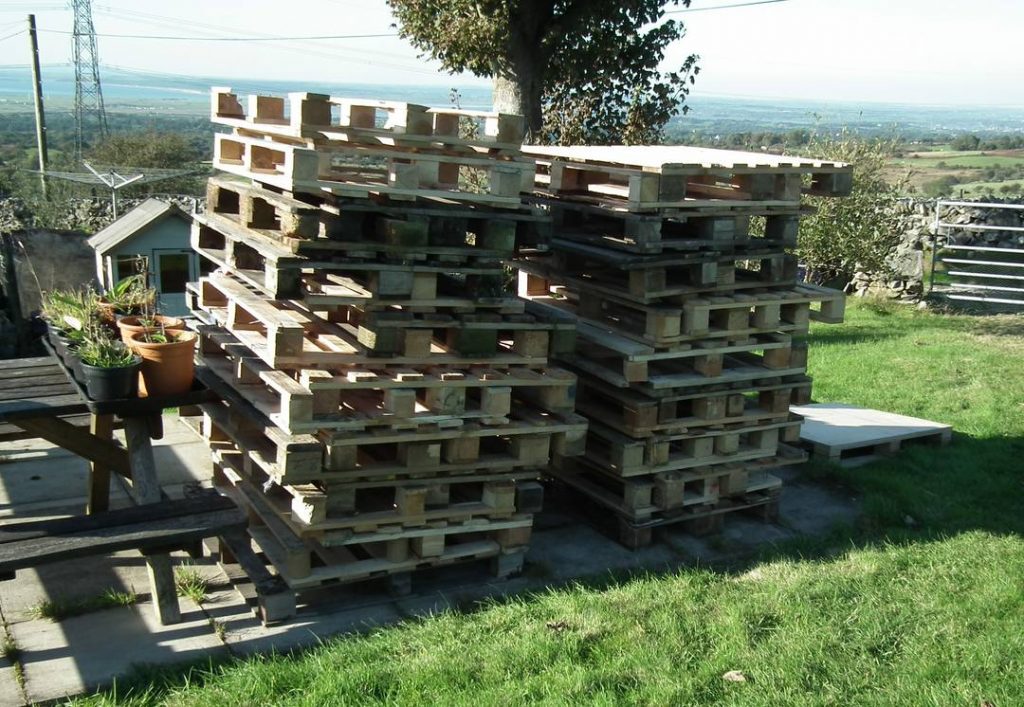 My neighbours dropped by with a load of pallets. They’re quite damaged so not a lot of salvageable wood but they’ll keep the wood burner going for a while. It’s getting chilly now and I expect we’ll be firing it up soon enough. 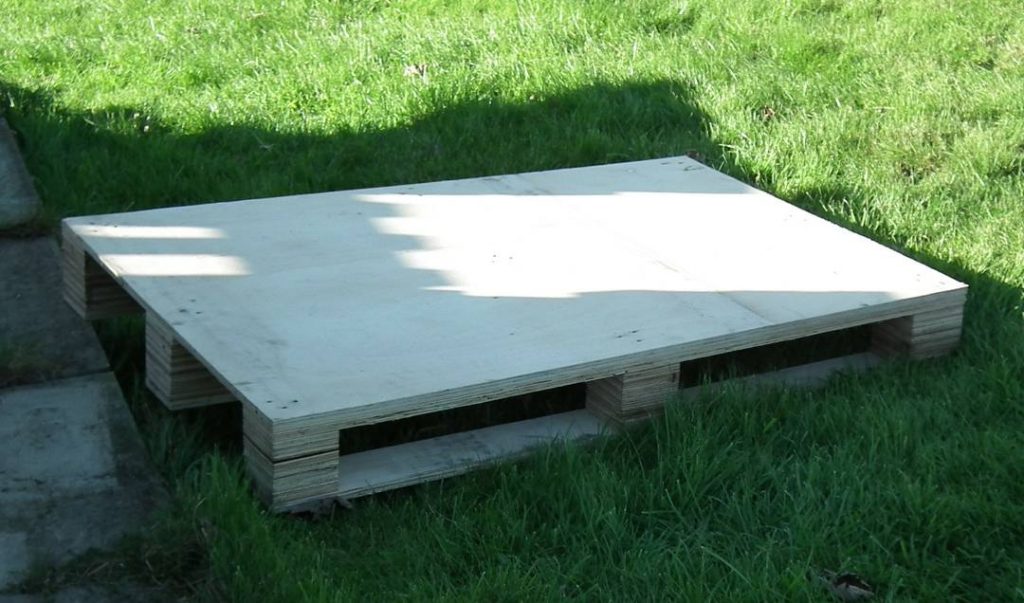 Some will provide useful wood for various odd jobs though and one in particular will be very useful. I’ve never seen a pallet like it before, it’s made of thick plywood. I’m sure it will prove very useful for something. 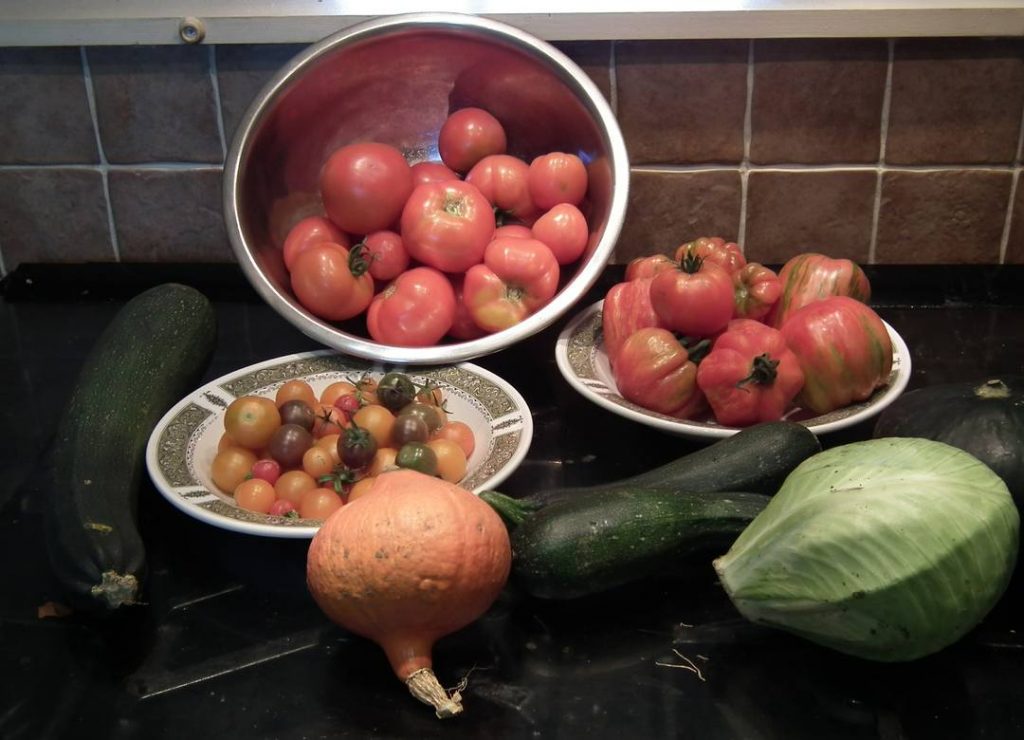 The tomatoes are ripening fast in the greenhouse so Val’s turning the surplus into tomato cooking sauces which are then frozen. Just pull them out as required – self-sufficient convenience.

The Ailsa Craig are magnificent – a decent size and real tomato flavour. A great all-rounder. They cook well, slice well on sandwiches and go down well with a salad.

Only problem is they do tend to suffer from green back so I may grow Craigella next year instead.

Wednesday was really lovely except for the wind. It was really strong and had a cold edge to it. What we call a lazy wind as it goes through you rather than round you. I tried
moving the bark peelings but they were blowing everywhere when I picked them up.

I thought about other jobs but with the wind as it was my heart wasn’t in it. After shivering for half an hour despite a fleece on, decided enough was enough and went indoors for a writing session in the warm.