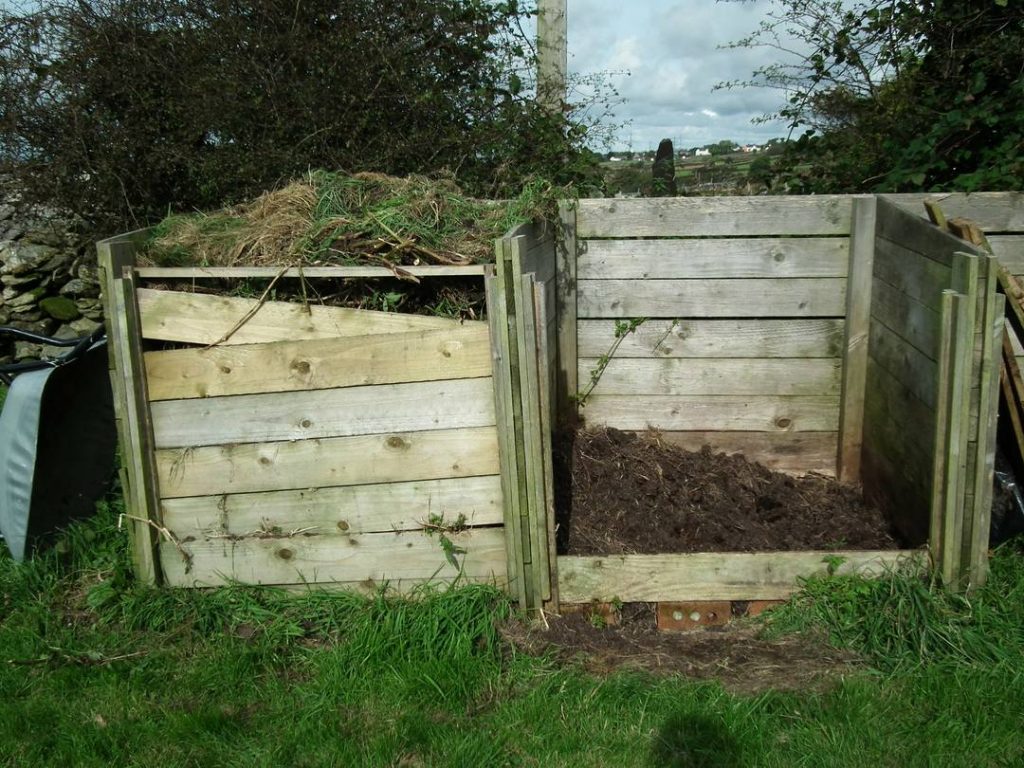 It’s high time I turned my compost heap so it will rot down over winter. There are all sorts of ways of making compost, I use three methods myself, but most of my compost is made in the bins.

The first stage is to collect a load of composting material – green waste. Then I pile it in a bin in layers roughly 15cm thick interspersed with nitrogen-rich activator and lime.

Once this rots down to about half its original size, I turn it from one bin to another. Top to bottom, inside to outside. This restarts the process, using up the un-rotted materials.

Once the heap has rotted down thoroughly, I just leave it in the compost bin until I either need the compost or need the bin for more compost.

Well, that’s the theory but in practice things are a little different. Once the heap is built, more materials get put on as they’re collected so judging when to turn the heap is a bit of a guess based on experience. 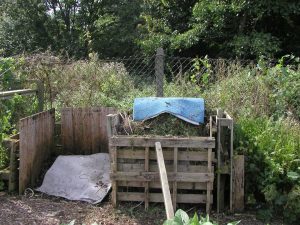 The system can be worked with just one bin but it’s a lot easier with a two bay bin – easy enough to construct with old pallets. With a single bay bin the bay has to be emptied and then refilled with the compost but with a two bay the work is halved. All you have to do is fork the contents of the first bin into the second.

When we moved here I treated myself to a 4 bay bin, doubling my compost making capacity. Before I can move and turn the heap, I had to clear the compost from the receiving bin. There wasn’t that much, perhaps 20 cubic feet or 10 barrow loads, but that’s still a fair amount of shovelling. Oh to be 20 years younger and fit!

Most of the compost has gone into the raised beds but soon they’re all going to be full. Then I may well start a new raised bed or mulch around my comfrey plot. The comfrey plot is is right by the compost bins which is handy as comfrey makes a good activator for the compost and adds nutrients to the resulting compost.