It may seem a strange birthday present, but a course on killing and preparing a chicken was what my daughter Cara wanted for her birthday. She’s converted most of her back garden to keeping hens and wanted to be able to cope with dispatching an injured bird.

Neither of us have any plans to raise birds for meat but she recently acquired some chicks hatched at a local school and some of these are, of course, cockerels. Now it’s a sad fact that far fewer cockerels are required than nature provides. Not only do they not lay eggs, they can be very aggressive to their owner as well as each other. They also make a lot of noise in comparison to laying hens and really aren’t suitable for keeping in the average suburban garden.

So, it was off to Sheffield and the Kill, Pluck, Gut and Bone Course at Whirlow Hall Farm Trust run by Alison Wilson. Our course was due to start at 3.00pm so we left in good time to get there but didn’t reckon on Mr Google’s directions including roundabouts that no longer exist so arrived half an hour late, embarrassed and rather wound up!

Luckily they hadn’t quite got to the heart of the matter and our apologies again to everyone for delaying things.

The course is split into 2 parts, the actual killing a chicken and then the pluck, gut and bone. The first part was taken by Alison’s colleague Paul who was brilliant. He radiated an atmosphere of calm, which was as much for our benefit as for the chickens who were about to die.

Our small group gathered together in the courtyard and he demonstrated on a large and pretty aggressive cockerel. They don’t have too many on a course so everybody gets individual attention.

Now if you follow my diary, you may recall that I attracted some derision on the allotment because I couldn’t kill a pigeon that was caught under the netting on a fruit bush.

Watching this cockerel flapping and squawking really brought home what we were about to do. The actual killing bit is remarkably quick and effective. The trainer said, with great honesty, he couldn’t say it was painless – after all, those who know can’t say! Certainly it was over and done in a second.

Once the deed was done, the bird reacts by flapping and contorting wildly. This is pretty disconcerting to say the least. We rarely, thank goodness, see death and it’s hard to accept that this is purely nerves.

Everyone got to kill a bird in turn, except for me. I’d booked Cara on the course and was basically accompanying her rather than a participant. I must admit to being quite relieved by this.

However, they had a spare chicken over and Paul said I could kill it so whilst the others were plucking I went out and dispatched the spare hen. It’s difficult to explain, I feel that if you eat meat, in fact if you are anything but a vegan, you should  have the moral courage to at least know where it comes from.

Let’s be honest here, being a vegetarian who eats eggs and drinks milk you are still responsible for the unwanted cockerels and male animals. Face up to it.

After the killing the next part of the course was plucking. I’m not very good at this, but in fairness, I was rushing to catch up with the rest of the class who had now moved onto gutting.

This part of the course was taken by Alison Wilson herself. She’s an excellent tutor as well. We gutted the chicken keeping the useful parts and discarding the rest. Some years ago I visited a chicken processing factory where a conveyor system brought the chickens down a row of women who spent all day removing the innards. Today I realised how underpaid they were! It’s not a pleasant task by any means but relatively straightforward.

The next thing she showed us was how to completely bone a chicken. Having years ago worked in a shop where I boned gammon and sides of bacon, I can tell you I’ve lost the knack! Still, avoided removing my fingers or severing any major arteries.

I’d commented on what nice knives we were using and she kindly gave one to my daughter as a birthday present. I can’t say I was too surprised, Alison is  a lovely person. 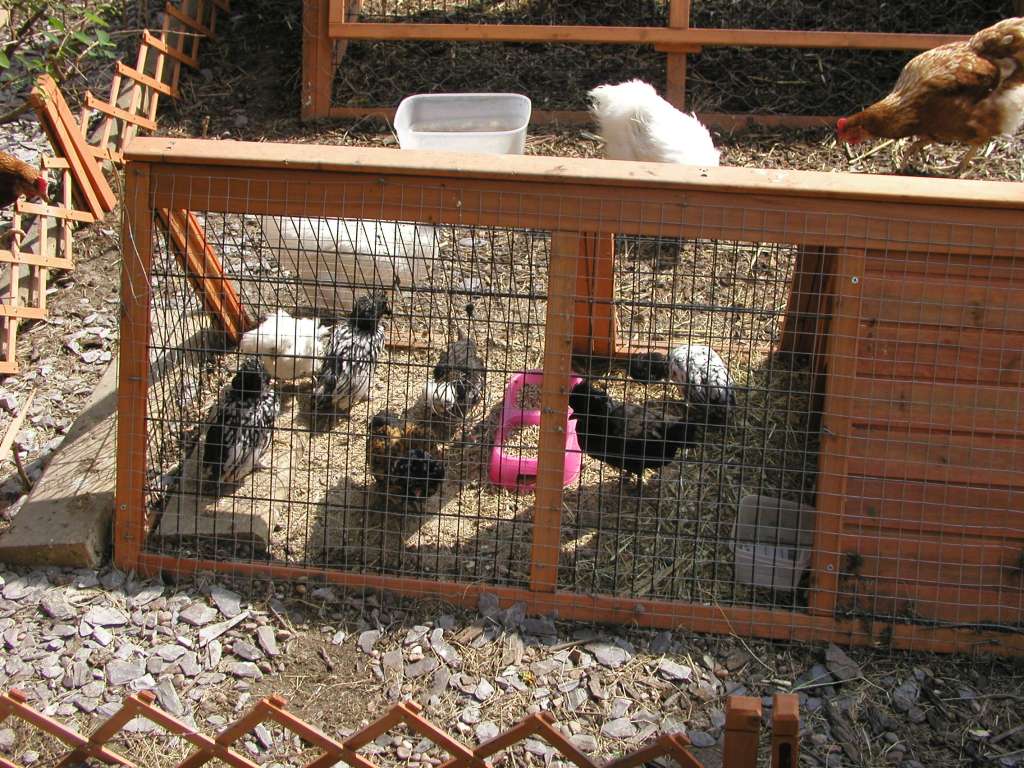 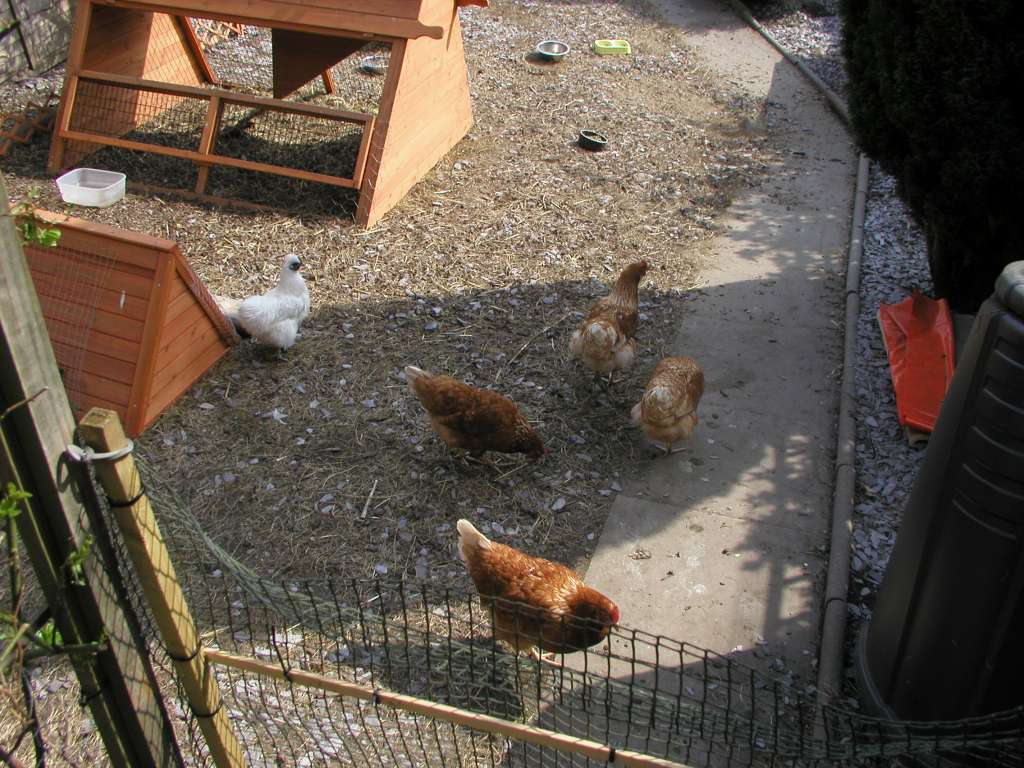 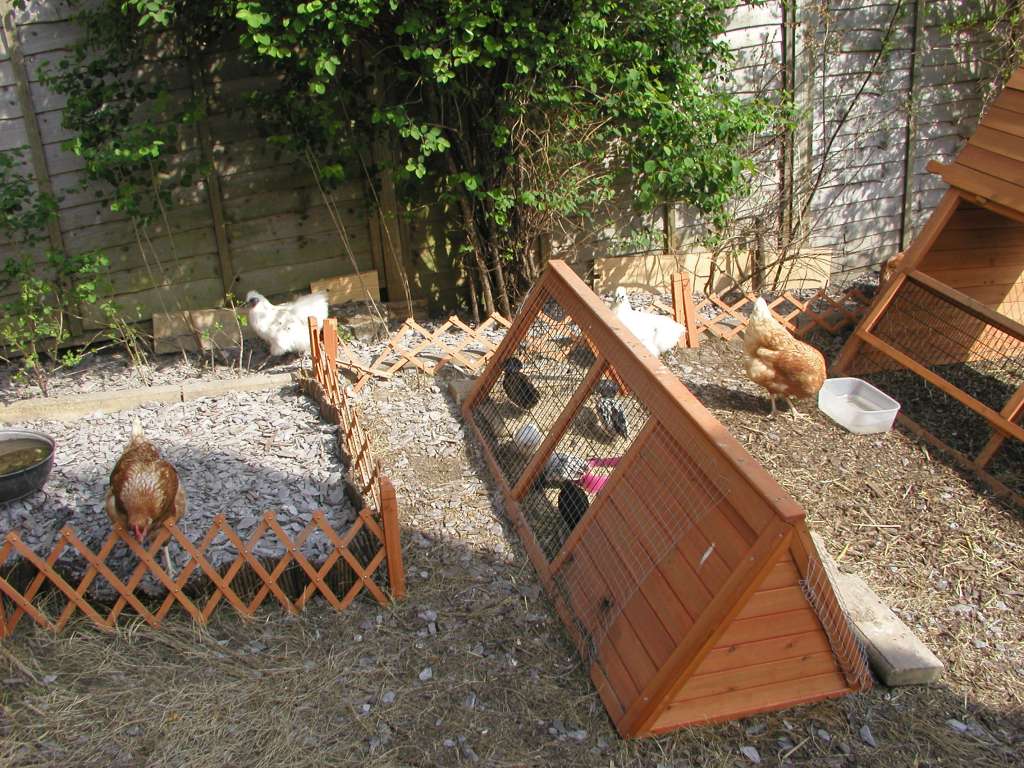 Silkies and Ex-battery Hens around the Poland Chicks 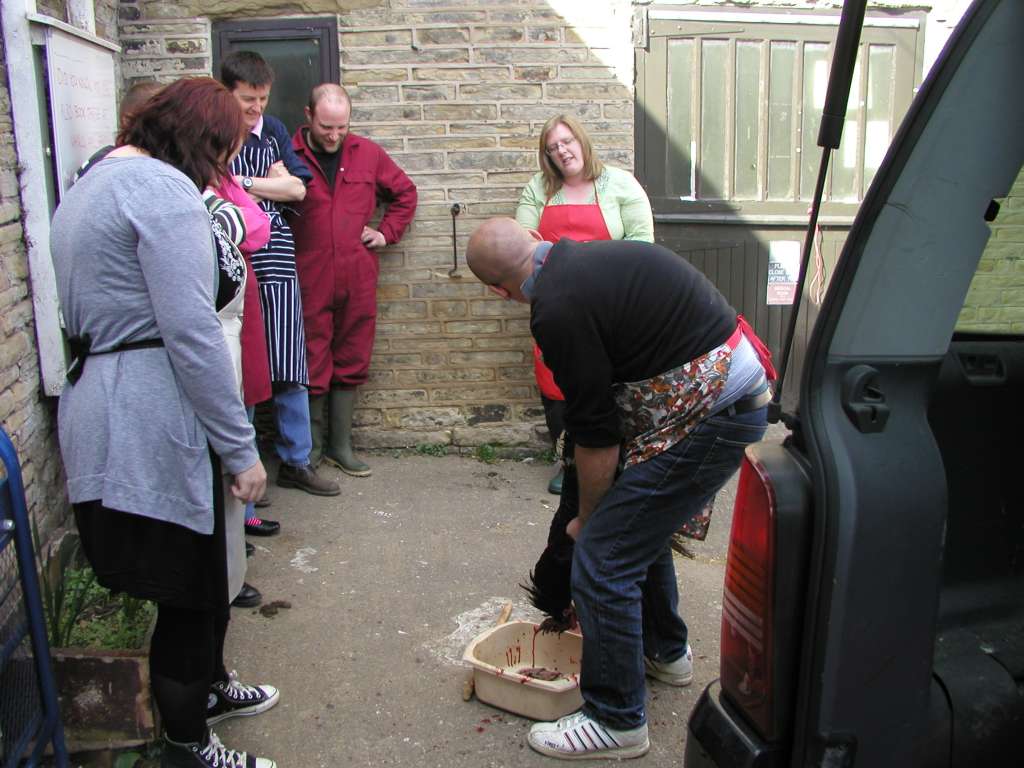 Paul the Tutor Demonstrates by Killing a Cockerel 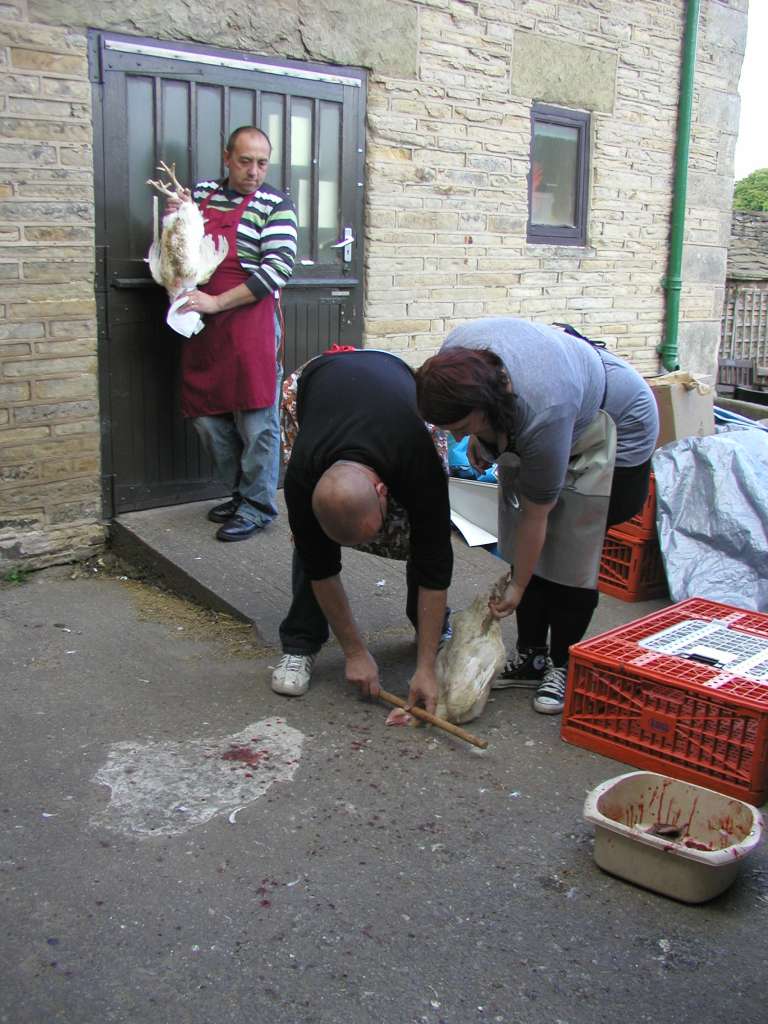 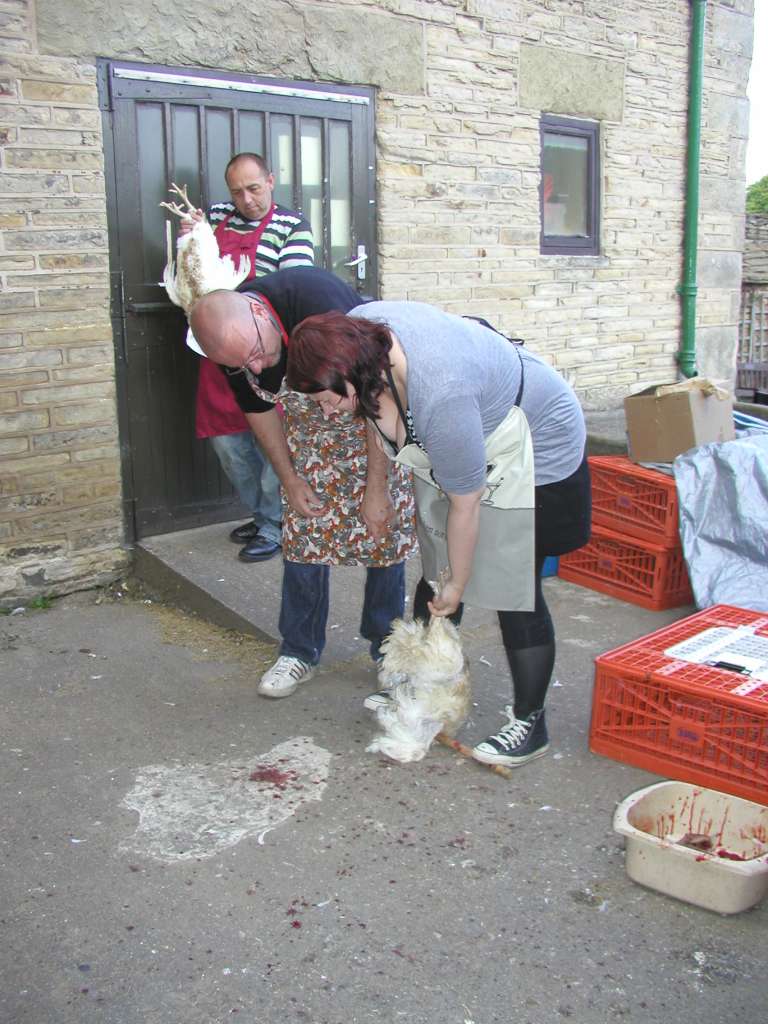 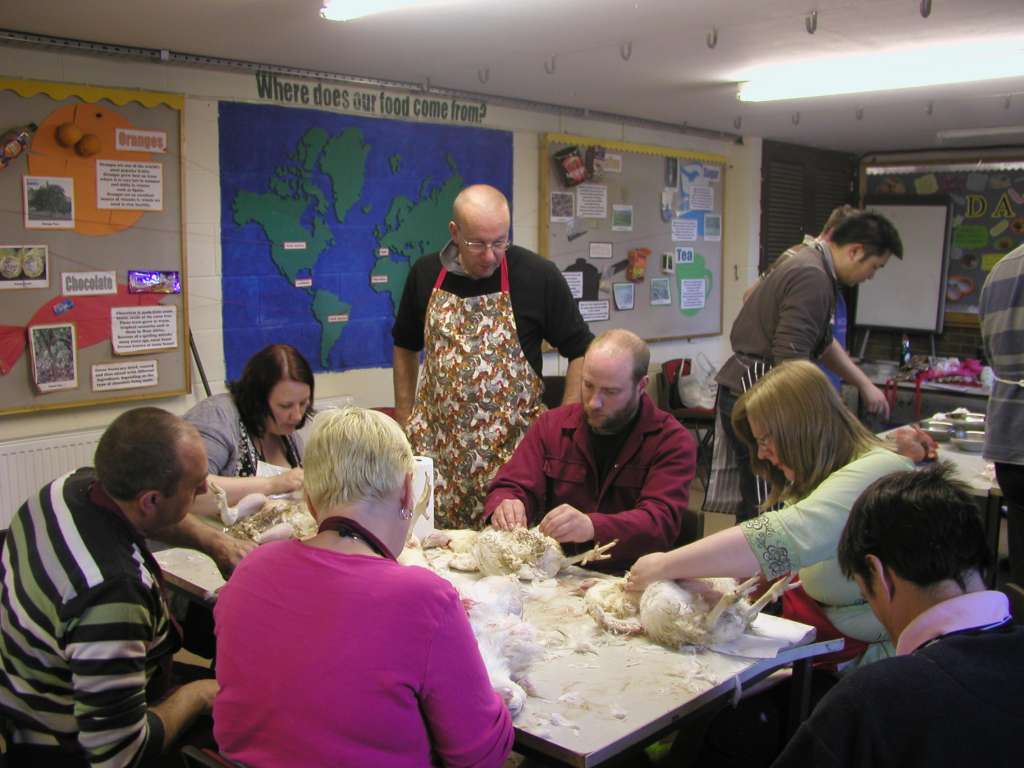 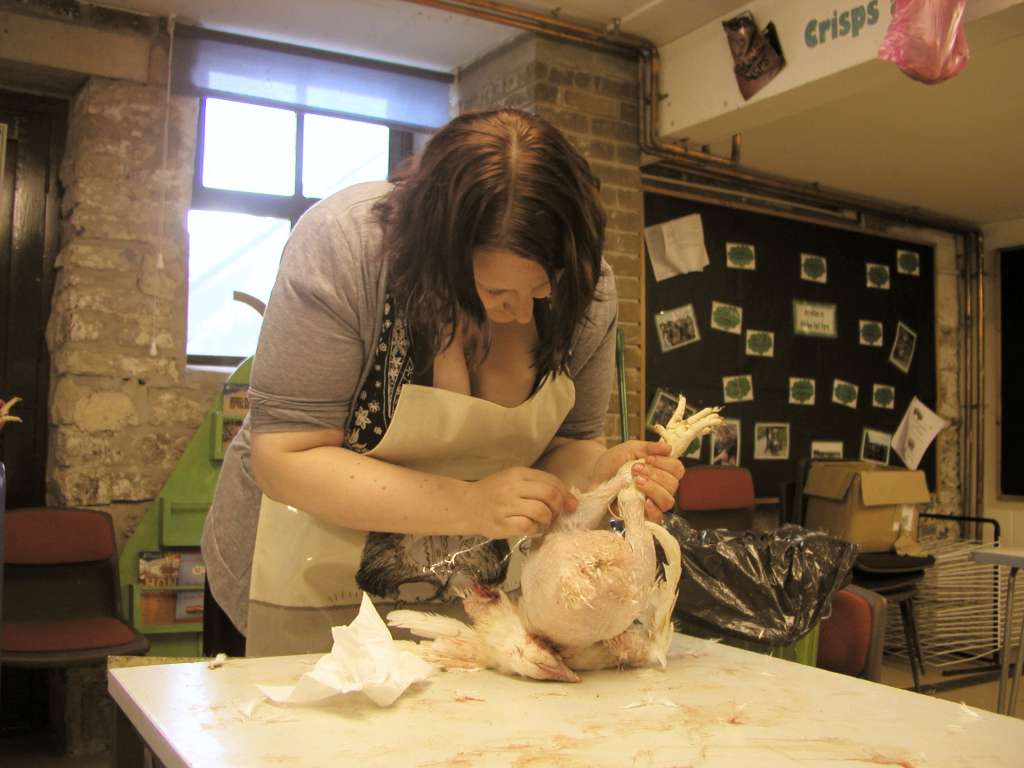 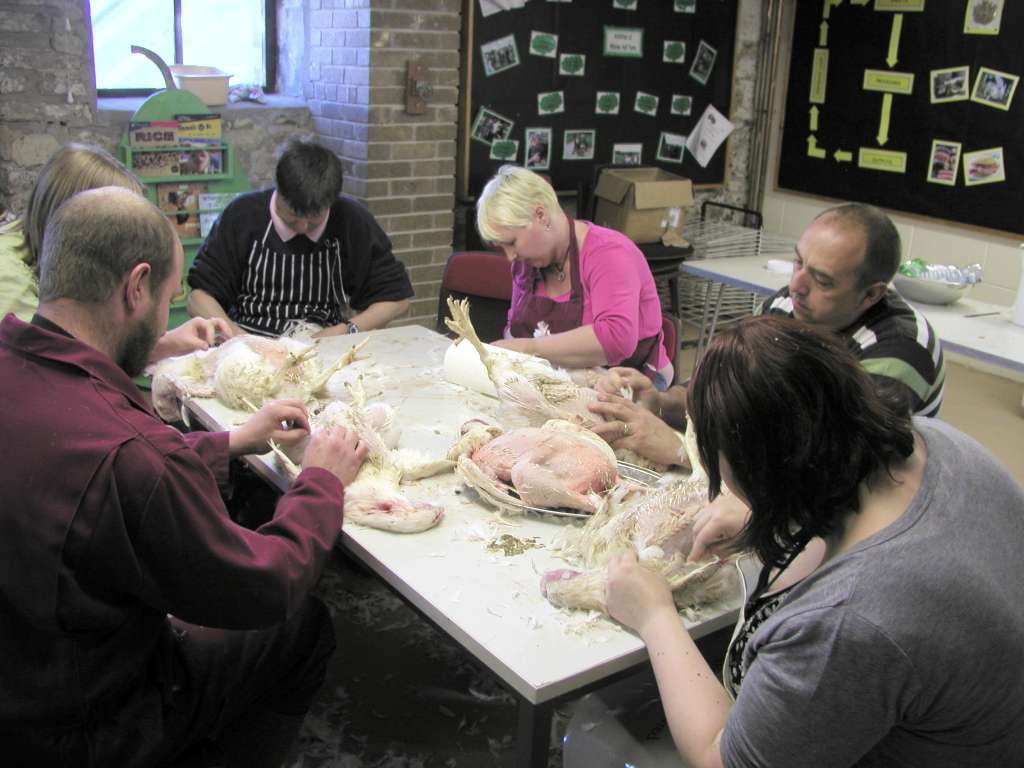 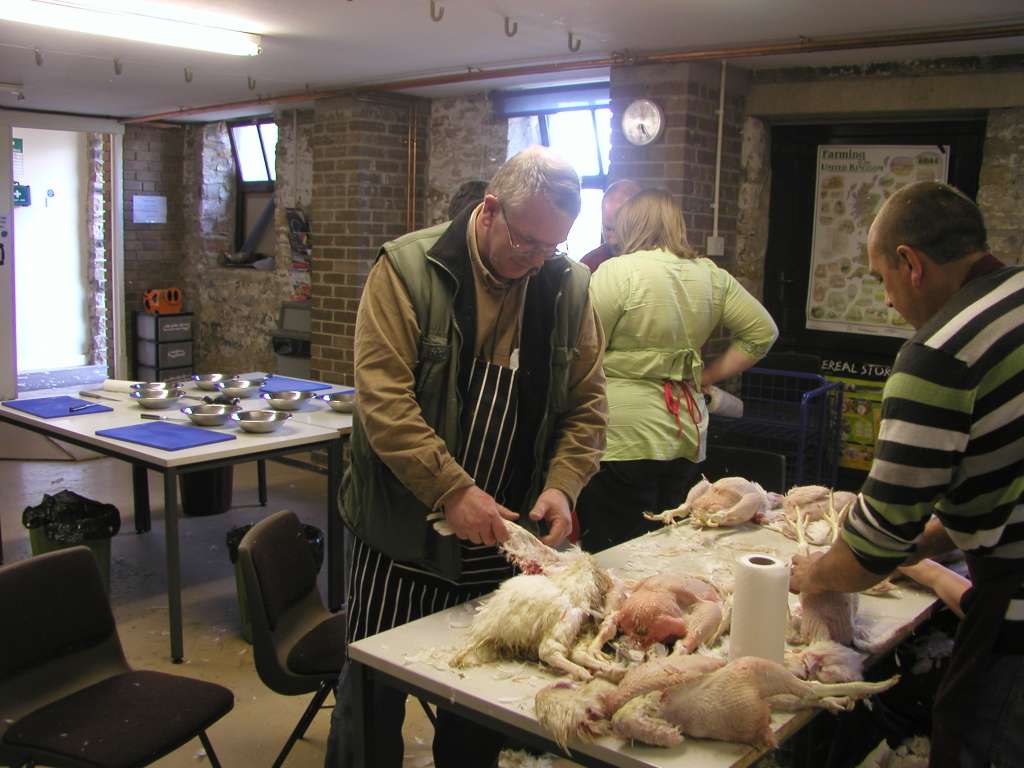 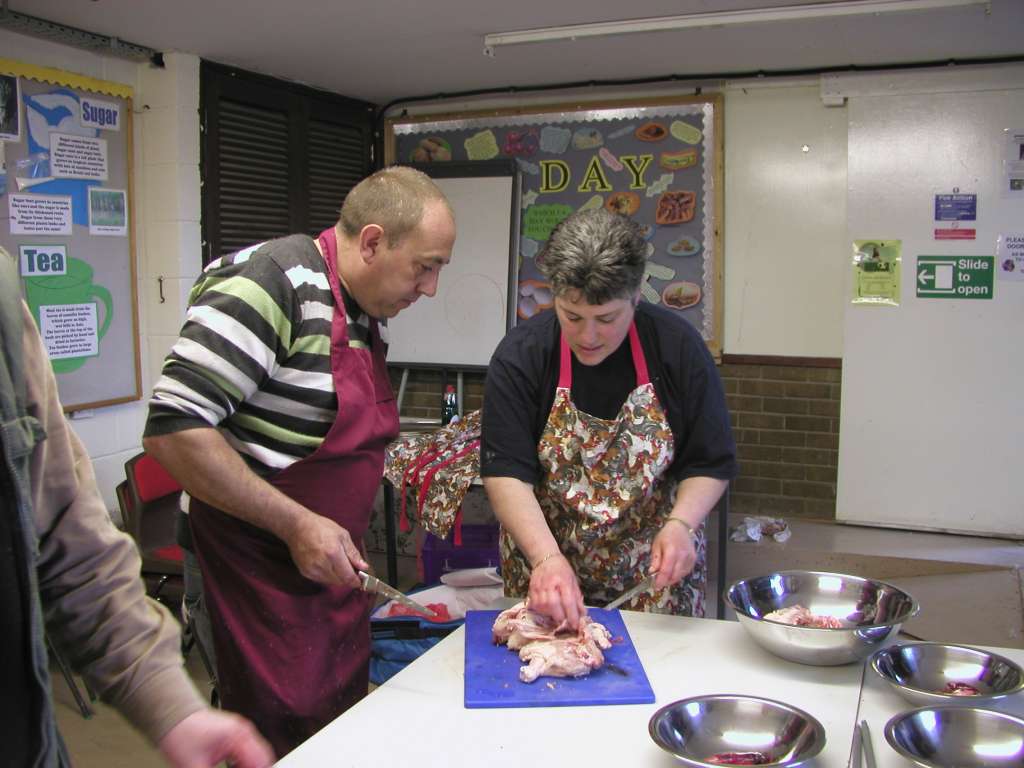 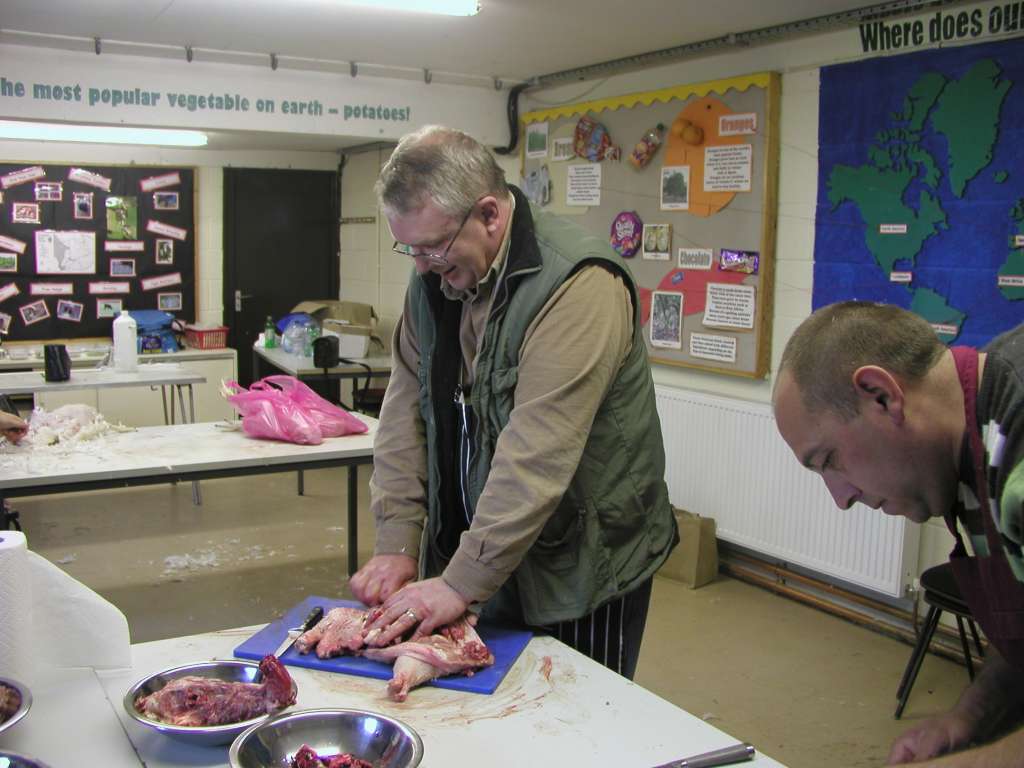 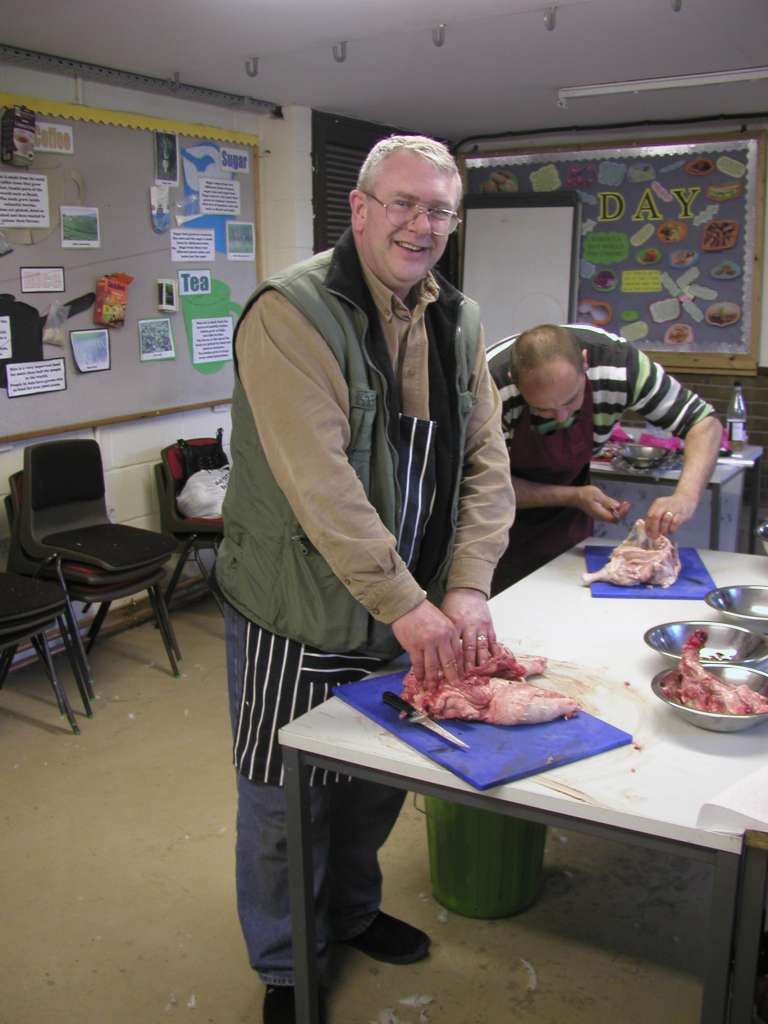