To the south of the house we had a sycamore tree that had a hole in the trunk and was going rotten around the hole. Being as we didn’t fancy a large tree coming down in a storm we pollarded it, cutting it just below the rot about 2 metres above the ground. 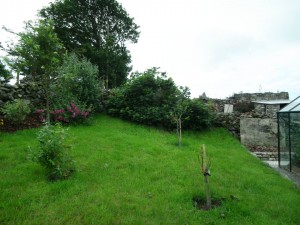 Sycamore After Trimming with Fruit Trees in Front

Since it still has the roots of a large tree, it’s reacted by throwing up shoots from the base and top. I’ve planted some 3 fruit trees and a Rowan to the north of it, so I don’t want it to grow too tall and shade them although it does form a windbreak as a large bush.

Since it was getting too large it was out with the loppers and start clipping back. One problem, the tree is covered with aphids and disturbing the branches launches hundreds into the air. Impossible to breath without them going into mouth and nose and one went into my eye.

The next couple of hours were spent in clipping a couple of branches and then retreating until the aphids settled down. Eventually I had a pile of clippings and the tree had a haircut.

I left the clippings until the next day and then ran them through the shredder. A pile nearly as tall as me ended up as a couple of barrow loads of shredded branches and leaves.

It’s probably not the right time to attack a tree but the sycamore is so vigorous that I’m sure it will do it no harm. 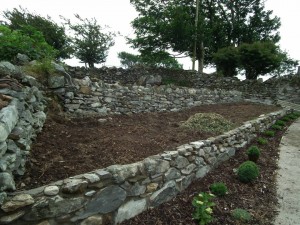 Back over to the terraced area on the other side of the sycamore. The lower terrace has levelled soil from that area plus a pile of really quite good soil that was by the old pigsty. I think the remnants of a midden, rotted down over decades.

I ran the Merry Tiller over it about three times, picking out any stones over the size of a child’s fist as I went. That was two barrow loads! Next I applied about a pound of lime per square yard. Generally the soil pH here is very low and raising the pH will be as beneficial as adding fertiliser since it releases nutrients already there.

Raked it over to mix the lime into the topsoil mainly to stop the cat from getting it on her paws since it will dissolve in with rain before beginning mulching with grass clippings and the tree shreddings. These will suppress weeds and be adding humus whilst I get the supports set up for the berries.

Back over to the greenhouse which is mainly given over to tomatoes. The second trusses are developing on many of the plants now so it is time to up the feeding regime to twice a week. Our first tomato of the season is nearly ripe and ready! It’s a Sungold, which is always early.

The mystery of tomatoes is that you go carefully through the plants removing the sideshoots and next time you go in you spot a load more. I think it is really a case of not seeing the wood for the trees.

Back over to the potting shed. I’ve a strange problem in that it seems to attract the black houseflies that develop from maggots in carrion. I hate the filthy things. Daren’t take a cup of tea in there because there will be a dead fly floating in it within seconds. Good news is that the whitefly are gone, near enough, from the peppers. Bad news is that, despite spraying, they’re really bad on the aubergines. If they’re not under control soon I’ll order some Encarsia Formosa whitefly control wasps. 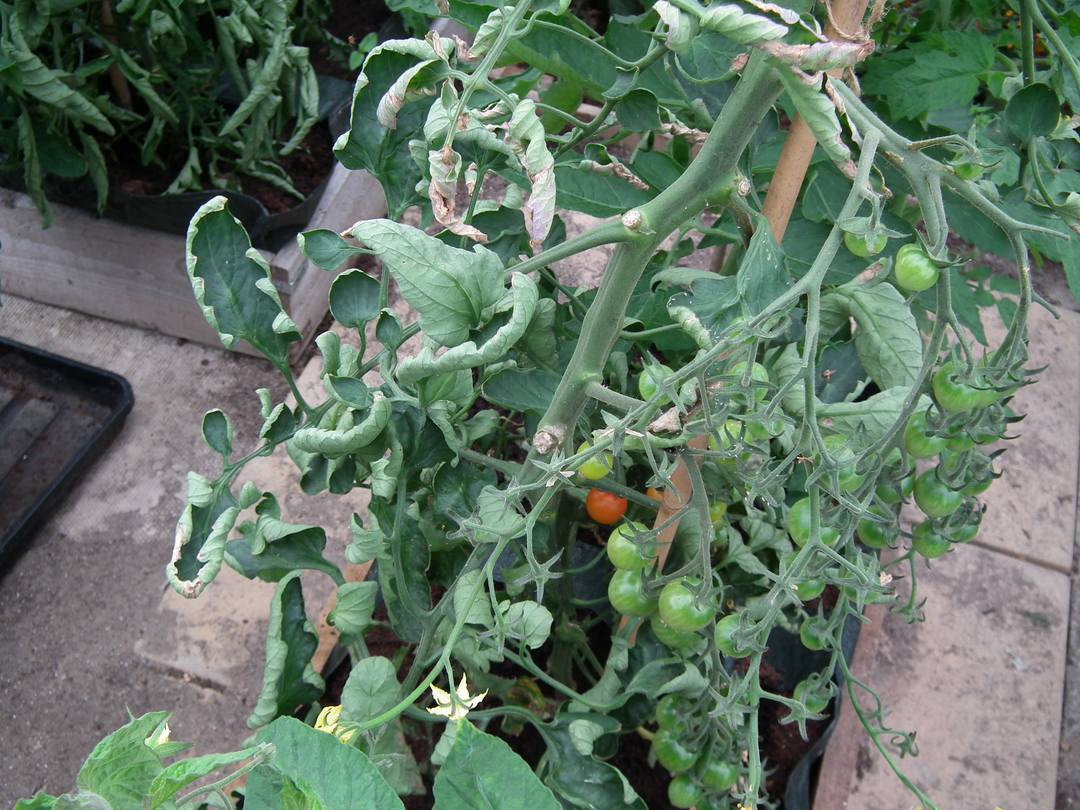 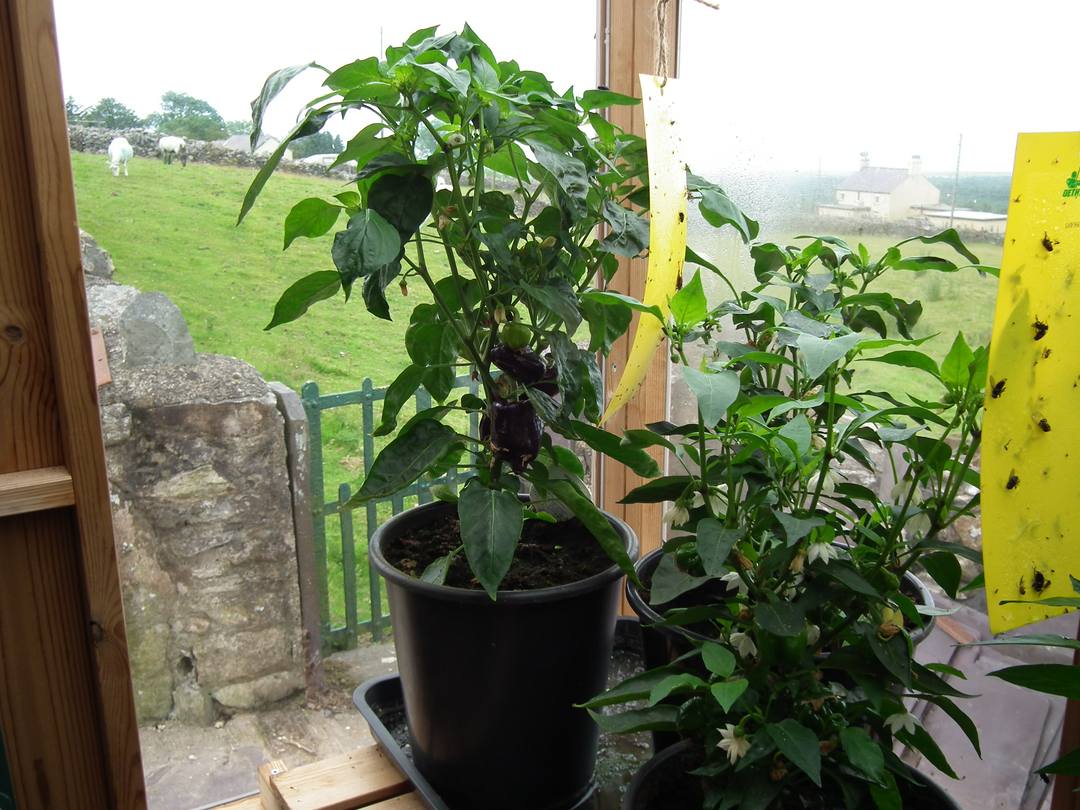 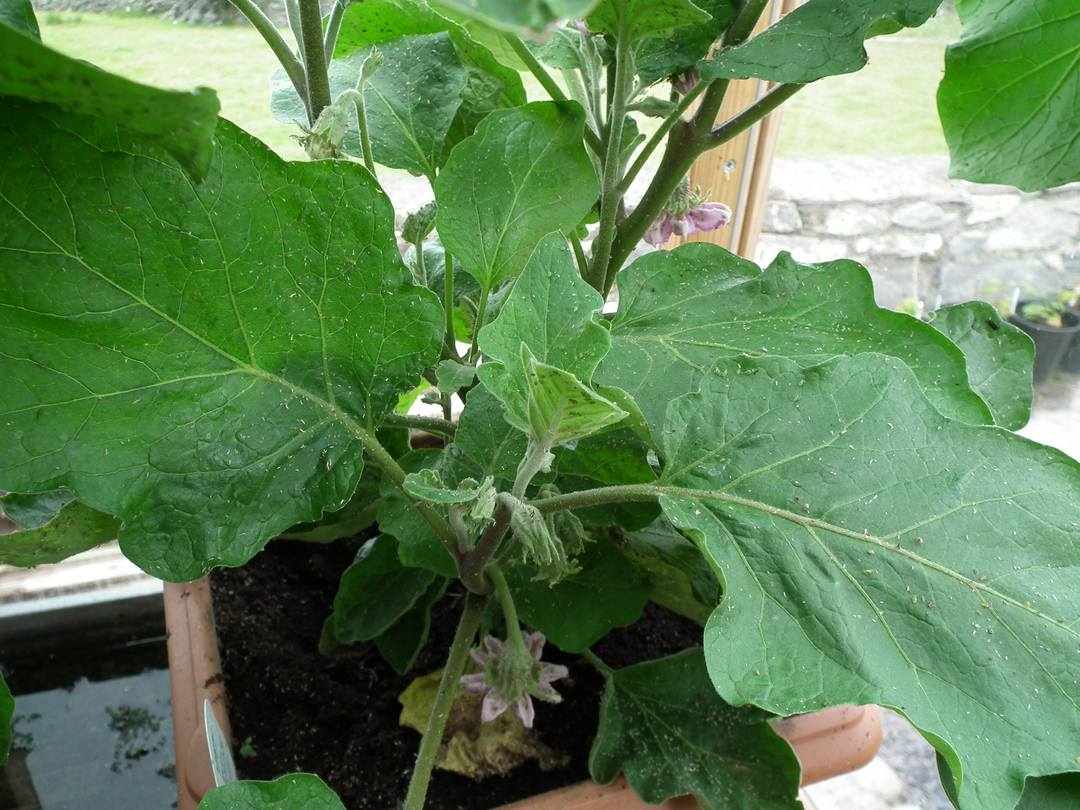